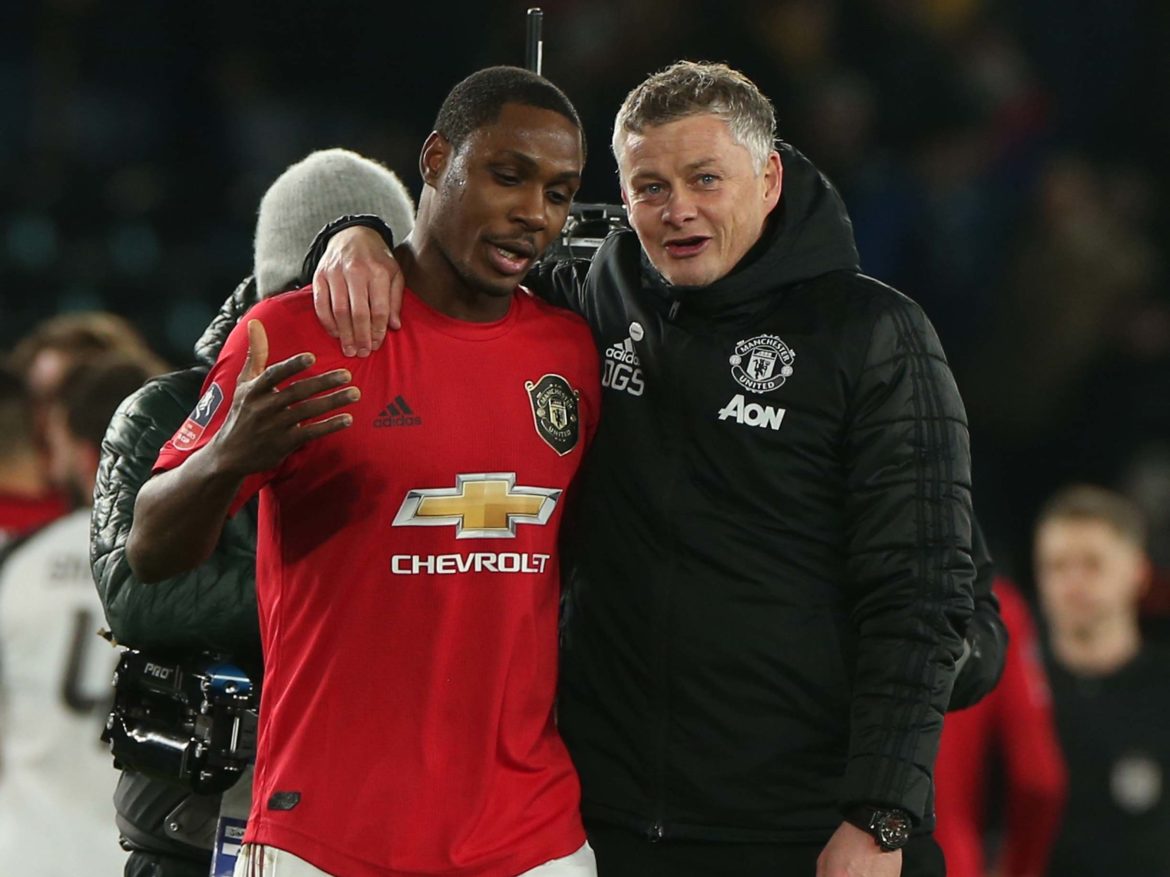 Manchester United are close to agreeing to a loan extension for former Nigerian striker, Odion Ighalo, until January 2021

Giving an update on the loan extension Sunday morning, Skysports reports that “the proposed loan extension will run until the end of January, when Ighalo will return to Shanghai.

“If agreed, Ighalo will miss the majority of the 2020 Chinese Super League season, which is scheduled to begin in June.

“Shanghai’s original stance was that they would only agree to extend his loan if an obligation to buy was incorporated into the deal, with Ighalo likely to cost upwards of £20m.”

Ighalo’s current contract expires in December 2022, but Shanghai want to keep him until at least December 2024, Skysports reports.

According to reports, United is contributing £130,000-a-week towards the former Watford striker’s wages.

While awaiting a contract extension at United, the Nigerian player has reportedly been offered a deal worth £400,000-a-week by Shanghai Shenhua.

Since joining his childhood club on loan in January, Ighalo has scored four goals in eight appearances in all competitions.