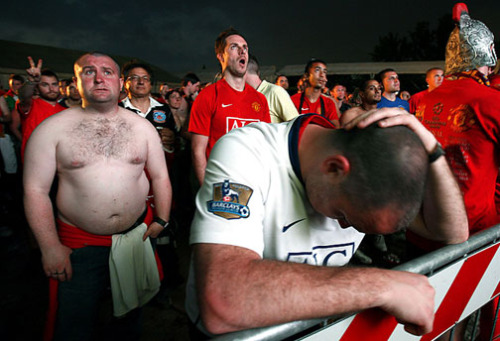 Atletico Madrid president Enrique Cerezo has branded Manchester United a “small team” when he was asked over whether Antoine Griezmann might depart the Vicente Calderon for Jose Mourinho’s side.

Griezmann, 25, has been regularly linked with a move to Old Trafford since the summer, when his great friend Paul Pogba made a world-record switch to the Red Devils from Juventus.

As reported by Goal, the Frenchman is United’s top transfer target, with the club preparing to tempt Atleti with an €80 million bid in the summer.

But Cerezo has dismissed the world’s richest club when he was asked whether his star striker, who is contracted to the club until 2021, could depart for England in the summer.

“Manchester United? A small team,” he is quoted as having said by Marca.

“I believe in the contracts that people sign, and that goes for Diego Simeone and Griezmann.”

Meanwhile, he has retracted his recent statements on Manchester City striker Sergio Aguero – but only to an extent.

The Argentine left Atleti for the Premier League club back in 2011, although has hinted that he could leave the Etihad Stadium after being dropped to the bench for the club’s last two matches.

Cerezo labelled Aguero “stupid” for quitting the Liga side, but has now moved to clarify his comments. He explained: “I said on the radio that Aguero was a fool, but he’s not a fool.

“He is one of the best players in the history of football, and I said he was stupid for leaving Atletico.