Manchester United On The Verge Of Landing Antoine Griezmann – Reports 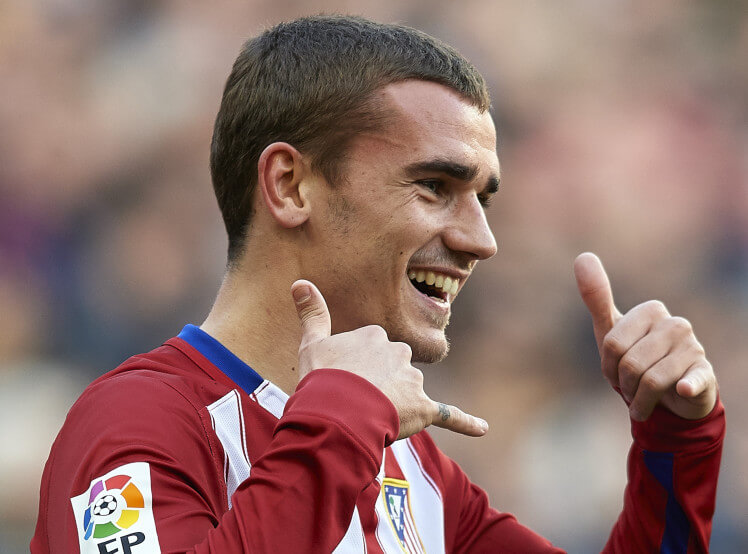 Manchester United have reached the basis of an agreement over the transfer of Atletico Madrid star Antoine Griezmann, according Yahoo Sport reported.
Griezmann, a France international is in line to match the wages earned by compatriot Paul Pogba at Old Trafford, while United may have to put up a similar bid to the £89m that landed Pogba to entice Atletico into selling.
However, the Red Devils made one final, unsuccessful attempt to sign Benfica star Victor Lindelof before the transfer window shut, writes Record.
Benfica president Luis Filipe Vieira and agent Jorge Mendes had traveled to England on Tuesday in one final effort to push through the transfer of the Swede, but United’s offer of €30 million was deemed too low by the former who intends to maximise the profit of selling on his star.
United are expected to continue negotiations leading up to the summer but Benfica also aim to renew Lindelof’s contract ahead of a sale, inserting a €60m release clause in the process.
Juventus will attempt to beat Manchester United to the signing of Lazio star Keita Balde Diao this summer, Calciomercato reports.
The 21-year-old, who has endured a rocky relationship with his club of late, has a contract at Lazio that expires in June 2018.
His agent Jorge Mendes has pushed him towards a United move given his expiring deal, but Juventus hope to pre-empt the Old Trafford outfit with a move in the next transfer window.
Meanwhile, Joe Hart could be on the verge of securing a move to Chelsea in the summer, reports Calciomercato .
The goalkeeper, on loan from Manchester City on Torino, was filmed pulling up at a hotel in Milan on deadline day on Tuesday where he apparently met Chelsea officials to discuss a move to Stamford Bridge.
Hart is surplus to requirements at City and Blues boss Antonio Conte is said to be monitoring his transfer status.