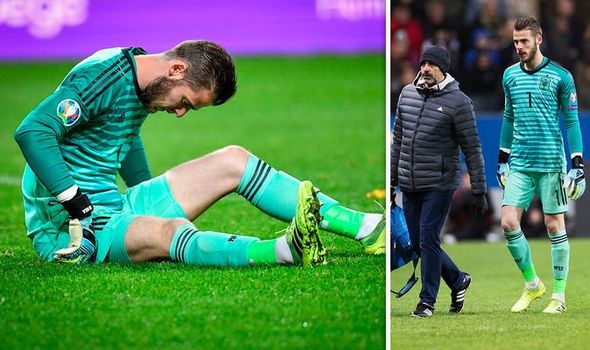 Manchester United look to have been dealt a major injury blow after goalkeeper David de Gea limped off while on international duty during Spain’s Euro 2020 qualifier against Sweden.

The shot-stopper, who recently put pen to paper on a new deal to keep him at Old Trafford for the foreseeable future, was forced out of action on the hour mark.

The 28-year-old had already made a number of impressive saves before he was replaced by Kepa Arrizabalaga, though he was unable to stop Marcus Berg from netting the opener.

De Gea appeared to initially hurt himself during the first half in Stockholm and was seen to be grimacing in pain before he made another of his trademark impressive stops.

However, his exertions after the break proved to be too much, with the former Atletico Madrid man ceding the goal to his fellow Premier League star.