Home Sports Injury: Mane Out Till End Of The Season
Sports 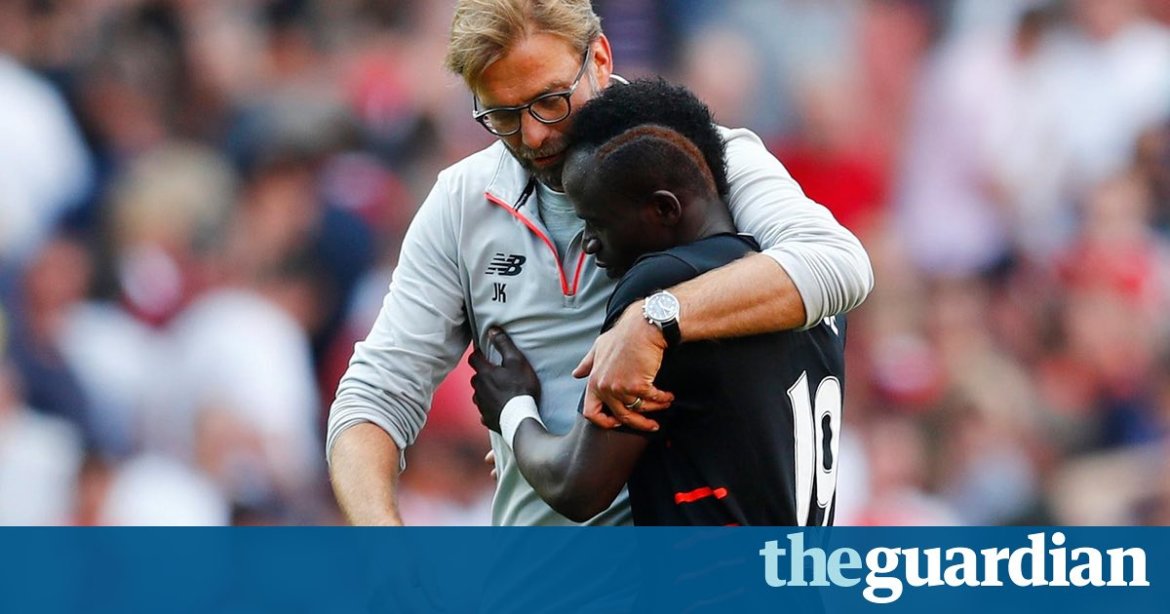 Liverpool forward Sadio Mane is set to miss the last seven games of the season with a knee injury.
Mane, 24, was taken off after colliding with Leighton Baines in Saturday’s 3-1 home victory over Everton.
Manager Jurgen Klopp said he was “pretty sure” Mane needed surgery, leaving it “pretty much impossible for him to play again this season”.
The £34m signing from Southampton has started all but five of Liverpool’s league games this campaign.
Of those, three were drawn and two were lost. The Reds are third in the Premier League table with seven games left.
Klopp also said Adam Lallana was “much better but is not in training” as the midfielder continues his recovery from a thigh injury suffered on England duty in March.
Captain Jordan Henderson, who has been out since February, is “in a good way, but I don’t know when he can be part of training again”, the German added.
Mane starting Liverpool over 2016-17 Without Mane starting
26 Games 5
17 Wins 0
6 Draws 3
3 Defeats 2
60 Goals scored 4
2.3 Goals per game 1
30 Goals conceded 7
1.2 Goals conceded per game 1.8
2.2 Points per game 0.5

Injury: Mane Out Till End Of The Season was last modified: April 7th, 2017 by Damilare Salami