Home News Many Didn’t Believe I Could Cope As A Lawmaker – Hon. MOJISOLA LASBAT MERANDA
News

Many Didn’t Believe I Could Cope As A Lawmaker – Hon. MOJISOLA LASBAT MERANDA 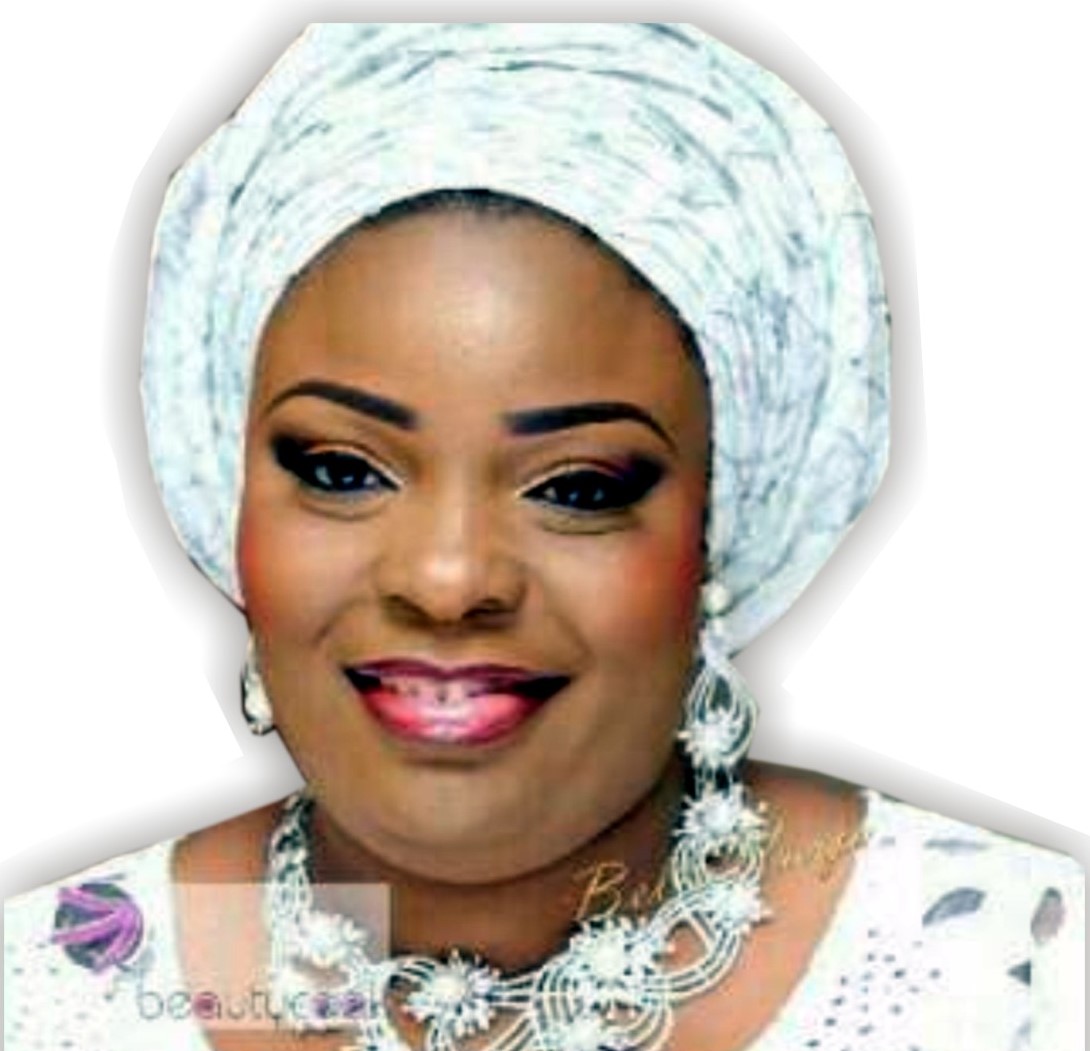 You’re not likely to meet Honourable Mojisola  Meranda for the first time and not immediately like her personality. If the calmness and warmth she exudes when talking to people does not charm you, then her sense of respect for the next person will certainly impress you. Little wonder it’s an open secret that she’s hugely loved and adored by her people in Apapa constituency 1.

When this beautiful woman with a rich pedigree (she’s from the prominent Akapo family in Lagos. Her father was the Ojora of Lagos) first declared her desire to contest for a seat at the Lagos Assembly to represent her people, not everyone gave her a chance of fulfilling her aspirations. It was not because they didn’t believe in her capability to deliver, but because they felt Honourable Mojisola was such an intensely private, reserved and homely person who didn’t seem the least cut out for politics. They felt there was no way she could cope with the rigours and intrigues that politics brings.

Others thought that as a woman, she was not likely to be passionate enough about her people and their wellbeing. Fast forward to four years after, this easy-going woman has proved every one of them wrong. Not only has she done exceedingly well in her first term, but she has also totally won the love and trust of her people and they, in turn, have shown their gratitude by giving her victory at the recent House of Assembly elections, offering her the mandate to represent them for a 2nd term.

Two weeks ago, City People Senior Editor, WALE LAWAL, was a guest of this soft-spoken Lawmaker and she was gracious enough to share with us her experience at the last elections and how she has grown to become a stronger and better politician. Enjoy.

The last time we spoke to you, was almost two years ago when you were just a little over a year in office. From that time to now, how would you describe the journey so far?

It has really been a wonderful experience. I’m enjoying what I do. And you know, when you’re doing what you love, it’s not quite like you’re going to work, it’s more like doing your own thing. That’s the level of fulfilment I get from this seat. That’s how happy I am serving my constituent.

What was the experience like for you at the last elections?

It was a bit challenging, which is normal, I think that’s the beauty of democracy. When you have people come out to challenge the incumbent, it brings the best out of everyone, especially the incumbent. I always tell people that politics is all about marketing. It’s basically about how well you can market yourself to people, how you market yourself to the electorate. That’s the most important thing. I have been able to do a few things in the course of my first term, and that went a long way for me. That gave me a platform to project myself and my aspirations and let the people see what I am capable of doing. Though it wasn’t easy at all, I had something to show to the electorate. I had things to talk about. We had a series of interactive sessions in which constructive criticisms came up which helped us identify where we have done well and areas where we need to improve on.

What did you hinge your campaign on this last time?

Well, I think it was really no different from my first term when I was aspiring to become a member of the House of Assembly. Usually, I like to begin by explaining to people the meaning of Lawmaking and the responsibilities of a Lawmaker. I have been able to register it in the minds of my constituents that as a Lawmaker I have limitations in terms of their expectations. But notwithstanding the limitations, lobbying is also part of the job. And I think I’ve been able to do a bit in that regard and enabled my people to feel the impact of government. And on my own, I’ve been able to do a few things in terms of giving back to the community and that made me feel loved and free among my people. I am never far from them and we relate on a daily basis. So, for me, it wasn’t exactly like a campaign, it was more like a period to remind the people of all we have done and then saying to them, let’s do this together again.

I still recollect that you shared with us the last time we spoke a few scary incidents that happened just before you were elected for your first term and which got your family extremely worried about your safety at the time. Was there any reoccurrence of such incident to discourage you from contesting for re-election?

The truth is that in politics something will always come up. But I always sensitize my own people and make it clear to them that I don’t encourage thuggery. They know me, I don’t encourage violence. Once you go somewhere and foment trouble there, you will have to deal with it yourself. That registered in their minds so they stay away from things like that. Even when the opposition tries to push them to provocation, I always caution them and remind them that that is not what we’re here for. Let’s go out there and market ourselves, it’s not about violence.

What are some of the things you still feel your constituent members are lacking that you hope to make a priority this second term?

The number one thing I’m hoping we can work on together to get rid of is Apapa traffic. That’s number one on my table. I know it’s beyond me, but I am determined to keep pushing till we find a solution to the problem. When this is achieved every other thing can follow. The way I operate is simple. I don’t just come up with things I feel I want to do, what if those things are not what my people need at that particular time. This is why I organize regular town hall meetings where people can have the opportunity to bring their issues and requests to the table. That is how I drew up my quarterly programmes over the years and it has been working for me.

Were there a few other female aspirants that contested the seat with you this last time? I would expect that your emergence into politics must have inspired a lot of other women from your constituency who must’ve felt that if this quiet looking woman can do it, then I can do it too.

Yes, we were actually two females and the funny thing is that the other female aspirant happens to be a distant cousin. When she came up, people were like what do you want to go and do there? What have we asked of her that she has not done for us? Why don’t you go sit down and let us all support her? But you know, things like this are bound to happen in a family and stuffs like envy and what have you come up every now. It’s all part of the challenges of life. In fact, one of the other male aspirants was also a distant cousin as well, so, in fact, you could say it was more of a battle within. That is what happens when envy sets in and people within your own family begin to ask, is she the only one? They forget that once God says it’s your time nobody can stop you. But I can tell you that even those that didn’t believe in me, and I know there were many of them, today they have a different opinion of me. Someone actually told me that she was part of the people who said she would never vote for a woman because she felt women are too strict and rarely have passion for people and stuff like that. She came confessing that she regretted not supporting me for the first time and that this time around, there’s no going back. And the lady even lives outside Apapa but she does her business in Apapa and registered in Apapa. She brought her whole family to register in Apapa as well just so that she can give me her full support.

Let’s come back to the House now. At the end of last elections, the House lost a couple of its female members. How would you rate the performance of the women in the 8th Assembly?

I believe the women have done really well so far. We’ve been very active and even the men would tell you we’ve not been push-overs. Sadly, two of my senior colleagues are not returning, but we still have two returning and a new one joining us. Yes, we will miss them greatly but I can assure you that we’ll carry on very well and continue from where they left off. At this 8th Assembly, the female honourable members have been fantastic and I believe the new lady joining us will also learn the ropes very quickly. We get involved in most of the activities going on in the House. Though it’s unfortunate that from four we’re going down to three, but we will still remain a strong and formidable force in the House. I also believe that by the next dispensation we’ll definitely increase in number and get even better.

Many Didn’t Believe I Could Cope As A Lawmaker – Hon. MOJISOLA LASBAT MERANDA was last modified: May 1st, 2019 by Wale Lawal