Many Don’t Know I Have Been Married For 15 Yrs – Veteran Actress, NIKE PELLER 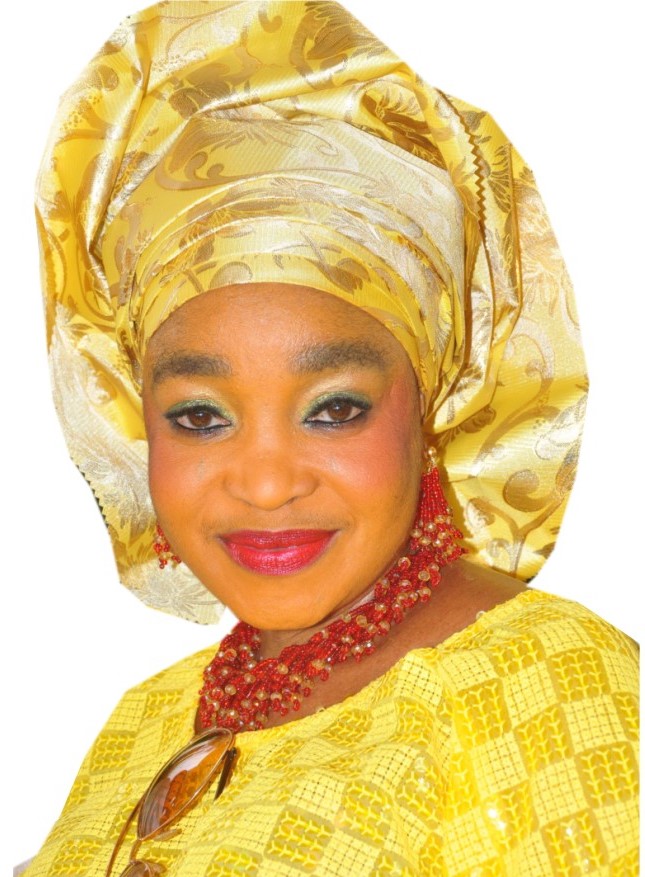 Veteran actress, Nike Peller is one of the few veteran actresses who have remained relevant in the industry for over 3 decades. She joined the movie industry in 1987 after training under Alade Aromire, and the movie titled “Adun” shot her to the limelight. She has featured in over 200 movies and still counting.

Nike Peller is the daughter of the popular magician, late Professor Moshood Abiola Peller. She is the oldest of her siblings, which include Honourable Shina Peller, Que Peller, Kayode Abiola Peller, Zeeto Peller.

In this interview with City People Magazine Senior Showbiz Reporter, BIODUN ALAO, she talked about how she has been touring the world with her brother Zetto Peller, why she features less in movies, and why many people are not aware that she has been happily married for 15 years. Below are the excerpts.

It is generally believed that you have relocated to the U.S., how true is that?

No, that is not true. Actually, I travel very often, but I am still permanently in Nigeria, so I am very much around.

Are you presently working on any project right now?

Yes, I am, and I will also be launching my foundation, Nike Peller Foundation very soon and people will hear about it. And it involves both young and old artistes. It is a very laudable project.

Can you take us through your acting career and how long you have been in the industry?

I started acting in the ’80s, 1987 to be precise. I thank God for everything. I have always loved acting, so I trained under my boss, he is called Baby Love (Akanji Goriola), and Mr Taiwo Arogunmatide. I was in Institute of Technology, Akure, I met with them over there.

That was in 1987. I met with them over there and he shot a particular movie titled “Aye Lekan” and we shot the movie with 10,000 naira and I was given 3000 for my effort, then it was a whole lot of money and I was really happy about it. Afterwards, I came back to Lagos, went to fashion, school, where I learnt a lot about designing clothes after some time I came back to join Alade Aromire, and the first movie that shot me to limelight was titled “Adun”. I also featured in a whole lot of other movies as well. Since then, besides featuring in other people’s movies I have been producing my movies as well and my latest job titled “Oluwatomisin” will be coming out soon. Amidst all these, I travelled to England and the U.S. with my brother Zetto Peller for our magic programme, and the entire family has been giving us their support over what we are doing.

And that has helped us achieved a lot. We also have lots of shows, we have been performing in Nigeria. Nigeria Breweries invited us for a show, we have also done private shows, so we are always busy doing shows. We are presently planning to go to the U.S. and Canada for shows as well.

What is the secret of your ageless look?

Thanks, I will say it is in the gene, if you look at the Peller family very well, you will realise we all have the same look, we are usually not fat. It is in our blood, even if we eat the entire world, we will still be slim, so it is natural.

I for one, I would say, what has been keeping my youthful look is the fact that I am humble. I take my mind off hate, and I don’t stress myself at all. I strongly believe what would be, would definitely be, no matter how hard you try. I also look down on people and also free my mind, so that is what keeps me going.

Would you say being Shina Peller’s sister has paved some ways for you in the industry?

Before he even became an Honourable, he has always been there for everybody in the family. when our dad was still alive, the first movie I produced was titled “Ogonjo Oru”, so baba was still alive then, the family has also produced movies such as “Agbara Ida”, “Olowere”, “Idan Lo” and he has always supported every project done by the family. In the family, we are closely knitted, so he is always going out of his way to make us achieve our goals in life before he even became an Honourable, and we have been supporting him with our best wishes and prayers. I also pray this is just the beginning of great things to come in his life. Shina Peller has a heart of gold, he has helped a lot of people, and he also has a foundation, he helps people both home and abroad.

Anywhere I go to, people respect me once they know. I am from the Peller family. The name has really opened lots of doors for me. My father lived a good life, so both the young and old know him. Once I travel out of the country, people are always like oh Peller, the magician. So aside being an actress, the name Peller has done lots for me. My brother Otunba Toyin Peller schooled in the U.S. and stayed there for long, so the last time I visited the U.S., someone told me how he treated Nigerians when he was in U.S. Irrespective of your tribe, he will help and render all the necessary assistance you need. And each time I hear stories like that about my brother, it gives me so much joy and it urges me to always be good. At the end of my visit to the U.S., I know what I came home with, just because of my brother Toyin Peller’s good deeds. If he had done something really bad over there, they would have related to me that way, so I am very happy and fulfilled to be a part of the Peller family and where I am today.

So how would describe your personal relationship with Shina Peller?

We are very close, and anytime I want to see him, I will, I don’t need to go extra miles before I can see him.

Considering your long stay in the industry, do you have any regret so far?

Hmmm no, but remember, nobody is perfect in this life, so whatever you do, some people will appreciate it, while some will condemn it. But in as much as you are like 70 per cent satisfied and happy with what you are doing, then people’s opinions don’t count. So far no regret except one time, when I went to the location at Ajegunle, they destroyed my car, broke all the glasses, simply because they wanted to get money from me, that is the price to pay for being famous. They don’t want to know if you have money on you or not that seems to be the only time I regretted being an actress.

Would you say being a Peller affected you getting movie roles?

So how do you intend to manage your magic shows and acting career?

Magic is a form of art, it is entertainment so they go hand in hand. If I am on location I don’t go for shows, so I create time for both of them. Magic is just once in a while, not all the time, and it doesn’t take time, unlike acting that takes weeks or months. They both don’t disturb each other.

Can you tell us about your marriage?

Many Don’t Know I Have Been Married For 15 Yrs – Veteran Actress, NIKE PELLER was last modified: September 26th, 2019 by Biodun Alao