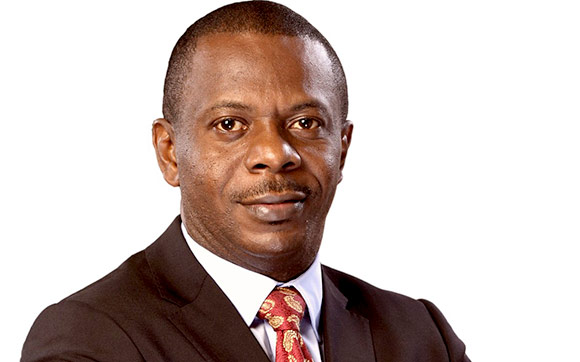 Pastor Poju Oyemade is the Senior Pastor at The Covenant Christian Centre in Lagos. Many don’t know he was born and bred in Ibadan. He was our guest recently on City People Instagram live chat during which he revealed how his past in Ibadan shaped him. Below are excerpts of the chat

Can you tell us a bit your background, where did you grow up, where were you raised?

Yes, I am very proud of my heritage, I was born in Ibadan. When you say you were born in Ibadan in the late 60’s people don’t really get it. What happened at that particular point in time was that Ibadan was the capital of Western Nigeria, so the first University in Nigeria was situated there. A teaching hospital, which was the first based teaching hospital in the Commonwealth in 1972 was there, the University College Hospital. You had some of the finest in the legal luminaries, they were situated there. Anybody who came into Ibadan came in predominantly for academic reasons. My family predominantly was a Lagos family, but my father moved to Ibadan because he was an Orthopedic Surgeon and that was where at that point in time, they had a department for orthopedic surgery when he came back from England so he moved there. So, the whole drive about Ibadan was the school there, about the University. You had people like Professor Wole Soyinka, that’s where they were. It was an intellectual powerhouse.

I grew up in a place where, to my left of where I lived was the first female Senior Advocate of Nigeria, right across, in front of her was where the Archbishop for the Anglican Diocese lived. Next to that, the Chief Justice of Nigeria lived right in front of us. When you go down the road in front of us, the Chief Justice of the Western region lived there. On that road alone, you had Neurosurgeons that were there, it was like an intellectual community and we grew up in that intellectual environment, which is why I am the way I am today. People ask me, where did you get the idea of things like Platform, as a pastor you’re doing this and that at the same time? It came out from that world where I came from. It was also a family-oriented place. I came to the University of Lagos and I had a culture shock. In Ibadan at that time, you would see a house, the owner might drive a 504, but he would have a garden, he would have a large compound.

Families had lunch, breakfast and dinner together. When I got to Lagos, I saw houses with no compound but you’ll see Mercedes Benz parked there. I saw people that had means but didn’t have the sort of structure I was used to in Ibadan. It was a different climate that I came into. In Ibadan, everything was laid out. There was no boldness, there was no audacity. There were no risks. But in Lagos, people were bold and were taking risks. To a very large degree, many of the people that grew up in that climate live abroad because that’s where they can settle in. But I won’t trade it in for anything. Like somebody said, almost everything good that is happening in the city of Lagos can be traced to somebody who grew up in Ibadan. And it is not very far from the truth.