Home Entertainment Many Don’t Know I Was Part Of Awada Kerikeri Grp. – Veteran Actor, ADE ADERENLE On His 51 Yrs On Stage
Entertainment

Many Don’t Know I Was Part Of Awada Kerikeri Grp. – Veteran Actor, ADE ADERENLE On His 51 Yrs On Stage 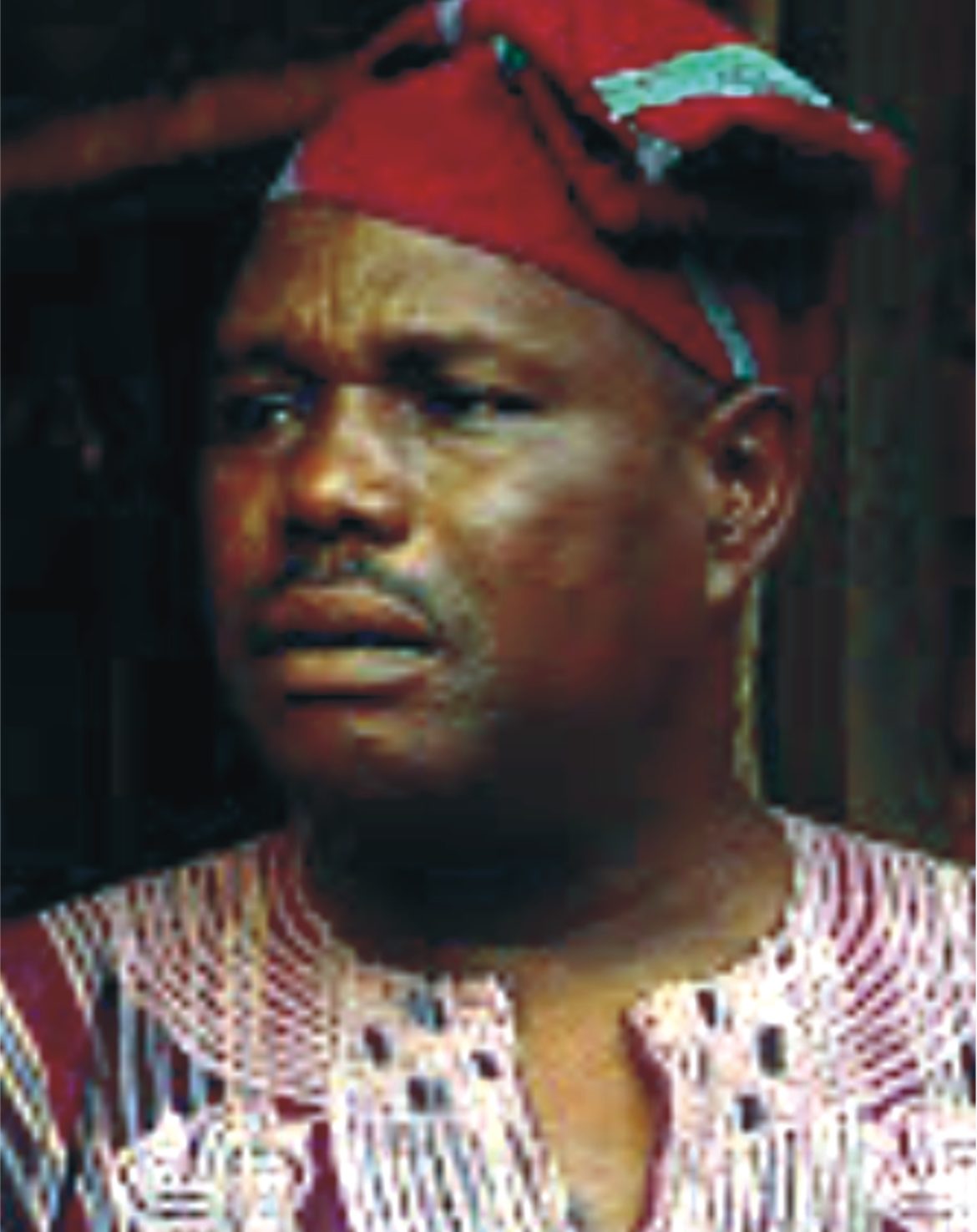 Alhaji Ade Aderenle is one of the highly respected Yoruba movie veterans in the industry. He joined in 1968, and through hard work and dedication, has remained one of the most sought after actors. He has featured in over 200 movies and still counting. He often takes up the role of a rich man, in movies. He has acted with the likes of  Adebayo Salami who shot him to the limelight. He was also part of the Awada Kerikeri Theatre Group headed by Adebayo Salami. At a point in his career, he took 15-year break to study abroad and also work in a bank, but he still went back to his first love, acting. In this interview, with City People Senior Showbiz Reporter, BIODUN ALAO, he talked about his journey into the movie industry and why he is often cast for rich man roles in movies. Below is the excerpt.

How did acting start for you and how long have you been in the industry?

I have been in the industry for a very long time, acting has always been a part of me, I have a very strong passion for acting. I have loved acting right from my primary school, till secondary school. When I finished from secondary, my interest in acting increased a lot, so I started acting since 1968, I joined the likes of Mama Rainbow, Adebayo Salami, I always leave school to join acting, then during holidays, I concentrated on it fully. I am grateful to God. All the programme on the Network back then, I always take part in them. Though we do more of stage performance back then. Most times people find it hard to believe when I tell them, when I started, I remember featuring in Ojo Ladipo’s Efun Shetan Aniwura”, I played the role of “Akinkunmi, and lots of others. Acting is something I love doing a lot, so I never relent to putting in my best in what I love to do, and I thank God for His blessing so far.

What movie would you say shot you to limelight?

Honestly, I have done lot movies that people always make reference to, but the one that gave me my big break, funny enough I didn’t even take up to 3 scenes in that movie, but you know, when God says, it’s your time, nobody can change it. In that particular movie, I and Adebayo Salami were dating a particular lady, so they call me Baba Oni Volvo, then Oga Bello, Baba Oni Mercedez, and we were both dating Sola Sobowale, so one day, we both met at her base and fought. We were both using our potbelly to fight. It was a really funny scene, so when Sola Sobowale got back, her daughter told her, that her two daddies fought while she was away, that movie really opened doors for me, it was produced by Tosibe.

What has kept relevant in the industry despite having spent over 5 decades?

It is God’s grace, He has been faithful. Acting is inbuilt for me, there’s no role I cannot interprets perfectly. God has really blessed me with everything and good looks. I am often cast for the role of a rich man in movies because of my rich man looks, and I always interpret perfectly for them.

What can you say about the industry now compare to when you started back then?

There are lots of difference and changes in this and computer age. Everything has changed. When we started, it was all about stage performance we will carry our instrument on our heads for practice here and there. We will trek with lots of loads on our head on a very long distance, there was nothing like a home video then. But now everything is now computerized, people don’t even talk about stage performance anymore.

But I know, our new president in Tanpan is going to do something about the stage performance, and we will be seeing more of that again.

At what point did you work as a banker?

I joined the movie industry in 1968, after some years, I left to study abroad and also work in banks, I came back again courtesy of Adebayo Salami, and since then, I have remained in the industry.

Would you say acting has really paid off for you?

I give God all the Glory, I thank God for fame, which has opened a lot of doors and opportunities for me. Hardly will you see a place that Ade Aderenle can’t go and knock on their door, and they won’t oblige me. I also have my peace of mind, my fans are always there, what else do I want from Almighty.

Do you have any regret so far as a veteran actor in the industry?

I don’t have any regret so far, because there’s time for everything in life, and am grateful to God Almighty for all he has done for me. And I know he is still going to do more for me because am still in the industry and don’t have plans of retiring anytime soon. So everything I deserve, he will surely do it for me, take for example, the woman we are celebrating today, lots of people don’t even know her as Titilayo Obebe, she is known as Jumoke Eletekete and she is celebrating  48yrs in the industry. It was just a role as Jumoke that shot her to the limelight, fine she often acts the role of a witch in many, but she is pure in heart than most pastors and Alfas we have now, I pray this is just the beginning of her success story in God’s name.

Who would you say are your mates or contemporaries in the industry?

They are really many lots of them are dead though, but I give God the Glory for the gift of life. My contemporaries are the likes of Adebayo Salami, Mama Awero, Sunday Omobolanle (Aluwe) we were at Awada Kerikeri before I travelled out of the country, as God would have it, I came back and join them again.

How long did you leave the industry?

Many Don’t Know I Was Part Of Awada Kerikeri Grp. – Veteran Actor, ADE ADERENLE On His 51 Yrs On Stage was last modified: August 27th, 2019 by Biodun Alao