Home News Many Don’t Know I Was The One That Created TAMPAN – Veteran Actor, YEMI SOLADE’s 60th Birthday Interview
News 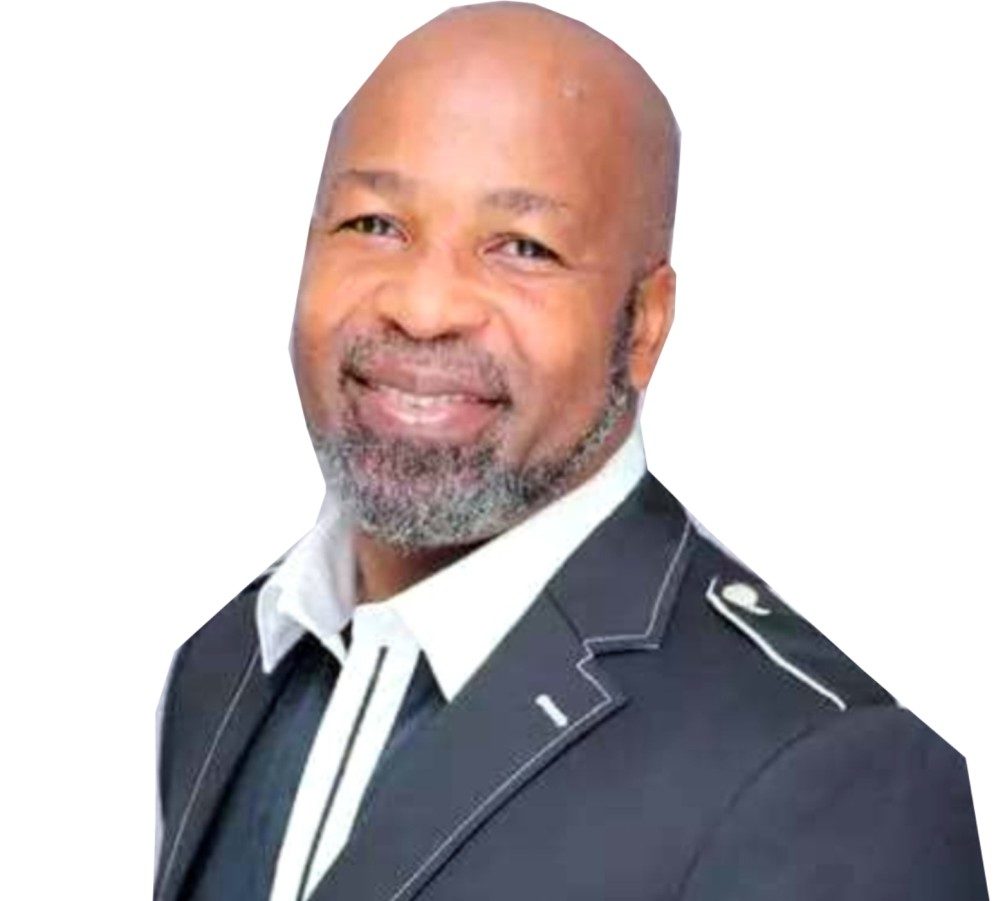 Yemi Solade is not a small fry in the entertainment industry. He is one of the most talented and educated actors in the movie industry. He is the complete definition of the brain and good looks. Besides being blessed with an ageless look, he is blessed with brains. And that explains why he has a unique way of interpreting roles in movies.

He has a strong background and understanding of the Arts, having learnt a lot from Professor Wole Soyinka. He is one actor that believes strongly in combining skills with education to get a complete craft and his ideas made him step on a lot of toes in the industry. But still, he never gave up on changing the narrative. He was the brain behind Tampan (Theatre Arts and Motion Picture Producers Association of Nigeria).

In this 60th birthday interview with City People Magazine Team, he talked about how he came about the Association and why he is still unfulfilled in the movie industry, even though, he has been able to achieve some of the changes he desires for the industry.  Below are the excerpts of the interview.

Would you say you are fulfilled in the industry today?

I am not fulfilled. I must be sincere with you. A lot is still very wrong. 6 years ago, I was instrumental to the formation of a new national body. It won’t be wrong if I say I started Tampan. I created Tampan in 2009. Having seen the political game being played by the frontiers of the trade where I was flourishing, there was ANTP. We also have National Association Nigeria Theatre Art Practitioners (NANTAP), for those of us who have gone to train formally in the school and we started that in 1989.

I was working with the Yoruba practitioners but not as a member of the body. The understanding and agreement we had is that once you are a member of NANTAP, you are equally a member of ANTP but because I was beginning to flourish and some faces were beginning to frown; they were like, he doesn’t attend meetings but enjoys everything, so I said let me attend the meeting. The first meeting I attended was absorbed. It was in Ibadan. A professional meeting was conducted in the Yoruba language. To me, it was shocking because I didn’t know how I will express myself in that language. I grew up in Surulere. My Yoruba was not deep. I was still learning. So I only observed but couldn’t contribute. I started asking questions, because, movies are done in the Yoruba language, must we have a meeting in the Yoruba language? They said, this is the way they do their things and I can not come and change it. What I wanted to do was to work with them. I was not bothered about the meetings, they began to challenge me and that wasn’t me.

When Prince Jide Kosoko was President of that body in 1996, I didn’t support him. I supported my friend Dele Odule, who I felt more comfortable with. I can call him by his first name, which I can’t do with Jide Kosoko. So I supported my contemporary, but somehow he stepped down and Jide Kosoko emerged the winner. Once in a while, I attend meetings, but I was not enjoying it because of the structure, the idea to be part of the administration of the group began to catch my fancy. Some of them would always challenge me after every media parley. They accused me that I was running them down. But I always made them understand that when I said lack of education is the major problem of the association, I didn’t highlight anybody’s name. But I still maintain my position because it will do a lot, and I thank God, they have realised it. As I speak, a whole lot of them are going to BOWEN University, Iwo. I just want to be part of a professional body that will listen to my ideas and cater to my welfare.

NAPTAP has been stigmatised as stage people. Then, I was acting majorly in the Yoruba language. ANTP was controlling that angle, so I was caught between the devil and the deep blue sea, so I created TAMPAN. I looked at where I was coming from, I have done stage drama, I have done television, Theatre Arts and Motion Pictures, so I created the association, and I listed 100 names of people, my own kind of people on paper. Such as Akin Lewis, Bimbo Akintola, actors who ply their skills in that language. I feel we could do our own thing too. That was how these other guys started their own and it is working for them. School or no school, they procure visas and travel around the world. While I was sharing these ideas but they didn’t see it like it will work, so they were not honouring my invitations for meetings. So I decided to let it be and kept my papers. But deep down I knew it would work, so I decided to continue with my fieldwork. By 2014, the crisis that lingered on in ANTP for 13 years continued. It got to the peak and there was division, so Dele Odule lost out to Ashaolu. Incidentally, I was supposed to be in that cabinet. Before then I offered to be the President of ANTP and people concluded I was a big joke. I looked at it, that Bayo Salami has served, then Jide Kosoko, so I was like who should succeed Jide Kosoko, and I saw myself in that position. I thought Jide Kosoko would be an improvement on Bayo Salami on the area of articulation. Moreover, I have always been challenged that I am always complaining, so I should come and contribute, instead of going to press all the time. I was really determined to lead with all my plans in place. There were 2 candidates, Dele Odule and the Ashaolu guy. I was like Dele Odule, I had supported you in 1996, but you bungled it. I was even attacked while campaigning for you and you didn’t even come back to me and let me know you are stepping down, so to me, you have done your own bit, let’s inject new ideas. So, when they realised I was fully ready, they began to have meetings. I was even called in a meeting where Dr. Akintunde Ayeni the Yemkem Founder was present, and in the meeting four veterans were asking me to step down, people like Lere Paimo, Chief Jimoh Aliu, Baba Wande. We were four candidates contesting. They saw me as a spoiler, but I thought I had a good chance to improve the association.

After much talk, I decided to opt-out of the race, not step down. I was asked to step down for Victor Ashaolu, I said no, that if I have been in this profession for so long and I have never worked with this guy, then I don’t think he will serve my interest. But the elders in the meeting’s stand, they were throwing their support behind him, so they wanted the election to be between Dele Odule and Victor Ashaolu. I told the Babas that I am not stepping down for Ashaolu, but opting out to honour the Babas. They went for an election in Ilorin. The next thing, journalists started calling me and congratulating me for winning, that I was Ashaolu’s PRO. Later, the Ashaolu guy started romancing me, but I stood my ground and said it won’t work. I did a good thing for them, but they didn’t know. Ashaolu was known like us. We all know the leaders of these practitioners are visible, from Adebayo Salami, Jide Kosoko, then Dele Odule, we all know these men. But Ashaolu, nobody knows him. But that is not the bone of contention. I just knew the man will not do a good job. I don’t like court business, so when he wanted to involve me, I told him not to call me in court issues because I am not interested, I don’t want to be part of warriors, so I stood on my own and started doing my things until Jide Kosoko called me early February 2014 to come for a meeting at Adebayo Salami’s house.

I got there and saw a multitude. I bluntly told them, that you these leaders caused all the “wahala,” so they were like so what do we do, I was like, start a new one and they all agreed. So, few of us had a meeting, because the Ashaolu guy has always tampered with the constitution in the past, he became an Executive Secretary of a professional body, when the elders will not read the papers, rather being the General Secretary, because the President will not read the books, he became the owner of the association as at that time.

So right in Bayo Salami’s house, I told them I have one called TAMPAN, others dropped theirs, eventually, they settled for mine and immediately committee was formed and I emerged the new leader. I became the Jagaban. We had terms of agreement and I told them what I would do in 6 months. I registered the association, did accreditation of members, issued ID cards and in 6 months, we had three national meetings in Ibadan, Ilorin, Abeokuta. The second day, I travelled to the U.S, before I got back, they gave Dele Odule the President, which was fine for me. He did four years afterwards Mr. Latin was elected and he is presently the President. I am not the type that wants to lead forever but you can’t order me around. It is just in my gene, so for me, it’s been a roller coaster of events. I have been awarded Mr. Tampan, but they don’t like it when I say I created the association. This interview will still spring something up, but you can’t take it away from me. My own is that I created it, and I am the first leader. Last year they gave me an award and wrote the Caretaker committee, I just laughed. I was not taking care of any committee. I was the first national leader (interim). They will never embrace my ideology. You can’t write the history of Tampan without mentioning my name. I enjoyed my tenure with whatever name they call me and I could hold meetings, express myself in English. I was controlling things and letting them know it is a professional body. A lot still needs to be done in the area of what we do.

Many Don’t Know I Was The One That Created TAMPAN – Veteran Actor, YEMI SOLADE’s 60th Birthday Interview was last modified: February 3rd, 2020 by City People

My Father Is From Abeokuta & Mum AKWA IBOM – YEMI SOLADE