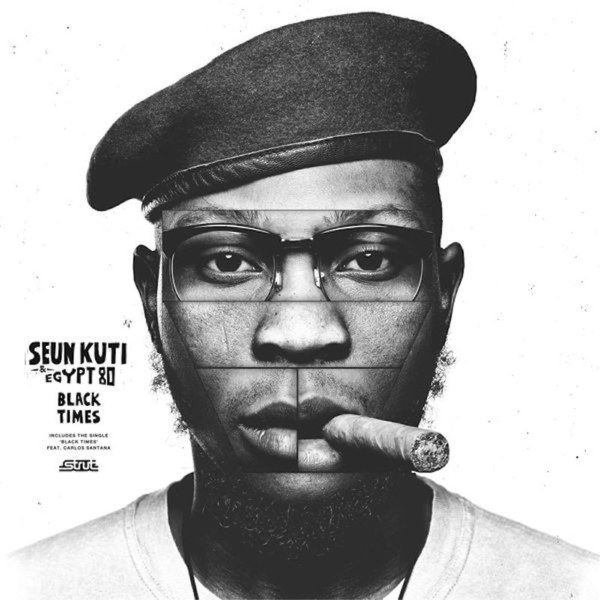 Seun Kuti is deep like his late father FELA. Whenever he talks, you can pick a lot of philosophical depths in his narrative. Don’t forget that Fela, the Afrobeat icon was the creator of Afrobeat music. He also studied music in the UK just like his dad, but he has added his own flavour to Afrobeat. Recently he told City People a lot about his music.

City People found him to be passionate about so many things especially his music. What role has passion played in his successful musical career? How does he come up with lyrics for his songs, we asked him. “Music is like everything else,” he says. “Its 20% Talent and 80% Hardwork. Talent is always hearing your sound. You hear your sound. And everybody sings what they are passionate about. If you are an artiste you must sing about what you are actually passionate about or else you will burn out quickly because you will not be able to fake the passion forever. And without passion, Art will just generally wither away.”

What is he passionate about? “Haa! I am passionate about Pan-Africanism, Politics in Nigeria, Africa in general, Global black diaspora, and Culture. These are very important things to me. I detest Individualism, Materialism, and Consumerism.

These are the things that I don’t like. I tend to make songs that reflect my feelings about both the things I like about life and the things I don’t like about life. I think that’s what gives Art balance also. You have to find your passion in both the positive and the negative aspect of your existence. Hearing your song in your mind also helps, hearing what you want to sing about. Then getting the music to back it up is another thing entirely. That is the Talent. The 20% is hearing your sound. Then the hardwork comes when you turn that sound into music. You have to put in work, put in your training. That is where the musicianship comes to the fore. That for me is basically the process of making music.”

Everything about Seun looks like Fela, from when he is on stage, to the way he dresses, the way he dances… “Haaa! Noo. I don’t think I dress like my dad. No. I don’t believe so. My dad has more style than me. He had more shoes, more clothes, I just buy one material and I just make it to the shoe. My dad takes his time to make sure everything matches. And he wants embroidery to be done on his shirt and the trousers. Fela was so stylish. I am 36 years now. My dad died when I was 14. So anybody that is 36 now, in Nigeria now never saw Fela. But everybody talks like they know him. Even those who are 46 now, that means at that time they were 24, maybe 10% of them knew him.

That’s the thing everybody says. Once they see me they will say oooo, Seun is like Fela. And that is because many of them didn’t really know Fela. Yes, I am inspired a lot by my dad but I think I am also very different from him.

Well, I don’t think that is possible. That is just how some people work. I don’t think it’s everybody that operates like that. Its not just about me and Fela, people compare me and my brother. People generally compare music, whether it is Davido and Whizkid and many more. It is because of how capitalism has also shaped our perception of arts. Everything has to be a competition, kind of. Because, with competition comes the best and with the best comes more money. Music is not like Sports. Music has never been sports. Its not a competition. You can’t compare music using statistics or musicianship. It is unquantifiable. So you can’t compare artistes be it the music of me and my dad. People should just go and enjoy the music or the Arts. Its not a burden for me. I always say this, its always more difficult for people outside looking in, than for you that you are inside. Outside see the burden, I don’t see any burden. I don’t see the pressure, because Fela has inspired not just his family members, but the world. Fela’s music is safe and sound. His contribution to global music history, and story and global arts is already cemented in history and it will be there forever. Do you know there are a thousand Afrobeat bands today from all over the world, from Australia to Singapore, to Japan, Chile, Brazil, everywhere you go? And there are proper Afrobeat bands, copying Fela’s music, making their own tunes. I think the music is safe, there is no burden there.

So, Fela coined Afrobeat Music as it is known today…

Oh yes! He did. There are those who also say I can’t play Afrobeat music because my father invented it. It makes no sense. Some will challenge me: Why are you playing music like your father? What kind of statement is that?

How does he react to all the negatives and criticisms of Seun Kuti?

What is his relationship like with the new artistes rocking the music scene?

I am burnt out already. I am not the outgoing type like before. So, these days I am generally at home. I don’t really have so many friends in the music industry. The friends I do have are quite close. Not that I see them everyday. We talk when we need to.

Who are his friends in the music industry?

I have so many friends. Everybody is my friend really. I don’t have enemies. Even the people who don’t like me, I don’t think they are my enemies. They just don’t like me. That some people don’t like you does not make them your enemies.

How challenging has it been in the music industry?

The only challenge is that everybody thinks because you are Fela’s child, the name opens doors for you. Now, here is the catch. Yes, the name opens doors for you. But the standards is already set. As soon as you enter, everybody expects you to be the best. Nobody wants to take time to nurture your talent or work with you. As far as they are concerned you are Fela’s child, you had better be the best. That’s the catch 22 of that.

Then, I think Afrobeat music is not given much attention as much as it deserves in Nigeria, Africa and global space by the major entertainment media houses because of Afrobeat anti-establishment, anti elitist powers that controls us here in Africa.

Has he tried to change the Afro music he grew up with to suit current and contemporary tunes and beats?

No. I don’t. There is no need for that. Don’t worry. Popularity passes. Since I started my career do you know how many popular artistes have come and gone? Popularity is fleeting. It is not lasting, musicianship is the only thing that lasts. Our life is long so I can’t really compromise longetivity for fame or popularity. I am popular enough. The only thing that I think holds me back is that am not on billboards because my mouth is too big and I am not willing to make it small either. There is no complaints. The sky is also big enough for every bird to fly. There is no reason for everybody to be like everybody else as well.

What are the little things he has put in to make his sound different from others?

I don’t know. I have never compared it. But I know its definitely different, because I know I am not my dad. There is no way I can make music like him. Every song I have written is original for me. It’s from my brains. So I know it’s different from anything my dad has done because nobody could have done it except him and nobody can do my music except me. My music is different from Fela’s music. It’s from 2 different creative artistes and creative minds.

The way he co-ordinates his band when he performs on stage looks like the way Fela does it. Why the similarity?

One of the biggest exercises I have done in my life is separating my ego from my Art. This is a life long exercise.

Has he achieved it?

I am better than I was before.

Can one say part of his success story in music is the fact that he went to school abroad?

I did exactly the same thing every day of the week. I have been working since I was 8. That is why I have money than most of my friends. It is not because I am playing music. But in what I do I am paid middle class income. My big is so big. I have accumulated so much over the years.

Does he think he will have been this successful supposing Fela was still alive?

I would have been successful than this. I would have just been my dad’s manager. I wouldn’t have done anything else. I would just sit at home and be collecting 10% of anything my dad makes. That was the plan

Why I Am Against Pastor ADEBOYE & Others – Daddy Freeze