Home News Many Don’t Know SEGUN ARINZE Is Not My Real Name, Talks About His 35 Years In Acting
News 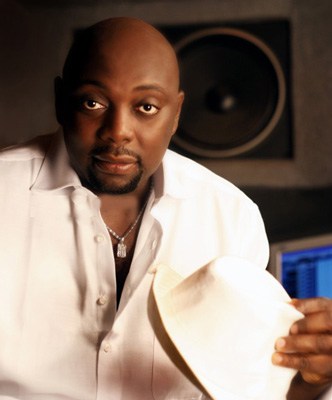 Segun Arinze is a talented actor. He is a Nollywood veteran having been acting for decades. He has a voice that is good for what he does and he has taken part in very many movie productions. He was into music big time at some point before he decided to fully concentrate on acting. He was specially recognised for his craft a few days ago, at the City People Movie Awards in Lagos. He spoke to City People Publisher, SEYE KEHINDE about his movie career. Below are excerpts from the interview.

You are one personality that has dominated the Nollywood sector for decades. How does it make you feel each time you look at what you do, what you’ve done and how the industry has grown over the years?

I give thanks to God because without him I won’t be here talking. He is the one who has kept me alive to be able to acknowledge and actualise some of the things I have in mind.

When I look back it is with a sense of pleasure and satisfaction that one is contributing to the development of the industry vis-a-vis society and the economy as well. We are not there yet. I consider myself to work in progress. I keep working every day. I keep learning every day. I learn from a baby. I learn from a young person. I don’t take the level I have gotten to, today in my career for granted. No. No. It’s for me, work in progress every day of my life. I even learn from the young actors just coming in. When I look back all I can say is we’ve come this far, we’ve done well. We still need to do more.

You’ve been doing this for how many years?

Can you believe it? I have been doing this technically for about 35  years now. I started when I was very, very young, all the way back in Kwara State, in Ilorin, in those days. When I went to Victory College of Commerce after Oro, and Ajase Ipo and Omupo.

My father had this knack for travelling around and we had to travel with him. When I got to Lagos I got myself involved in Theatre all the way before I went to Ife to get trained in dramatic arts as an actor under Chuks Mike at the Dramatic Arts department.

How did your acting career start? What were the things that influenced you?

When we were in Ilorin as youngsters. I met Frank Ayo Orowale and he was the one who actually pressed that button because I used to go to NTA to read poems in Youth Scene with the Producer, Abdul Durodola on NTA Ilorin.  That was how I found myself getting interested in it. So we tried something out called The Palm Players, we did Ken Saro Wiwa’s Transistor Radio. We had fun. But the turn out was a successful disaster, people didn’t actually turn out well for it. But that was the turning point for me. That was when I told myself, this is what I want to do. I enjoyed every bit of it. We had people like Randy Ojuolape, who was in the Kwara State Arts and Culture. All of them were the people who contributed to see the growth of the young man who started growing in the industry. And when I got to Lagos, before I went to school, I joined the Anansa Play House with the late Bassey Effiong. That’s how the journey started until Dr. Bayo Oduneye saw me and he now gave the final and for me to go and get trained formally as an actor in Ife. I never for one day looked back to say this wasn’t what I wanted. I told my late father and myself that this is what I wanted. He was like I should go on to be a lawyer I said No. This is what I am going on to be a lawyer I said No. This is what I am going to be. So, he saw me go through the journey until I changed my name to Segun Arinze from my original name which was Segun Aina Padonou.

How did this happen?

When I was going to sign on Premier Music label in 1991, Jean Dizzy was the GM then. Toyin Munis had just bought Polygram Records and they changed the name to Premier Music. So, Jean Dizzy was going to sign me on and he said if you put Segun Aina on the music album it was going to sound like a Fuji artiste. He then asked for my other names. My mother is Ibo, and my other name is Arinze. He said ok let’s leave it like that: let me think about it. So, I traveled on a Wednesday. I normally like to read Ladi Ayodeji, and others in PUNCH newspaper. So, I just opened Punch and I saw late Amadi Ogbonna wrote about SEGUN ARINZE. And I later saw the news about SEGUN ARINZE and that’s how the name changed. That was in 1991. I released the album in 1992. That was how the name stuck. Even my late dad before he died was calling me Segun Arinze. So, the whole thing just took a new dimension. That was my romance with music. It was fun. I was working with Kingsley Ogoro, Esse Agesse, Ayo Bankole, Tunde Ajijedidun. I started working with Tunde in the studios. We did a lot of soundtracks then. Then Kingsley and I met and we became big friends till date. We started working on soundtracks. Before we knew it the theme songs for the Nigerian Music Awards when Tony Okoroji was the President. That was how my romance with music started then. It was tough to hit it big then unlike now when things have become easy. I am extremely proud of what our youngsters are doing now with music with all the opportunities they have. There is online music now.

At a time, I got disillusioned with music, I got really, really frustrated by it. I got angry and I woke up one day and I told Jean Dizzy that I am leaving. I am calling thing contract off. He said you can’t do that. You can suspend it. I said call it whatever you want. You can suspend it, cancel it, but I am out of it. And so I went on to start acting. I told myself I have to go back to my original calling. I went on to start doing Ripples, from Ripples, I went on to do Mega Fortunes, and I met the likes of Chico Ejiro, Ralph Nwadike and Tunji Bamishingbin. We started from there and I got to act with the likes of Liz Benson, Regina Askia, Ramsey Noah, Emeka, Ernest Obi, we were all Tinsel. So one day, Chico just called me, that was when home video was starting. It was just beginning to ease its way into the lives of Nigerians, gradually people were beginning to get into the era of home video cassettes. Chico said he had this movie he wanted to do. Would I mind shaving my hair? I had Afro then. Not like now that I am bald. I said I didn’t have anything against it. We talked about it and then he put the cast together made up of Ramsey Noah, Victoria Nyama, Emeka Ike. I read the script, I liked it. Joke Silva played Ramsey’s mother. Francis Onueche also played Ramsey’s big brother. We shot the movie. It was called Silent Night. For some strange reason, we didn’t know the import of what we were doing. We just knew we were doing a movie. So when he had done that. We decided to divide it into 2. We did Silent Night I and Silent Night 2. And it became a monster. A big hit. And before we knew it everybody started calling me Black Arrow. That was me in the movie. For the 2nd time, another name took over my real name. That’s how the journey actually began. It wasn’t something I will say I planned. It took me unawares. It came out so well. I have no regrets about it. Everything has been like that. The journey has been not so fantastic, not so sweet. It has been a bitter-sweet one. Sometimes you get so frustrated you feel like throwing in the towel and sometimes it is just there. Sometimes you feel your privacy has been invaded especially by The Press when they come on you. So, I have taken everything in my stride.

READ ALSO: I STILL CAN’T GET OVER THE LOSS OF MY ONLY CHILD, MOVIE ICON, EUCHARIA ANUNOBI TELLS CITY PEOPLE

Many Don’t Know SEGUN ARINZE Is Not My Real Name, Talks About His 35 Years In Acting was last modified: September 24th, 2018 by Seye Kehinde

Why I Chose To Live In IBADAN, Veteran Actress, DUPE JAIYESINMI Opens Up