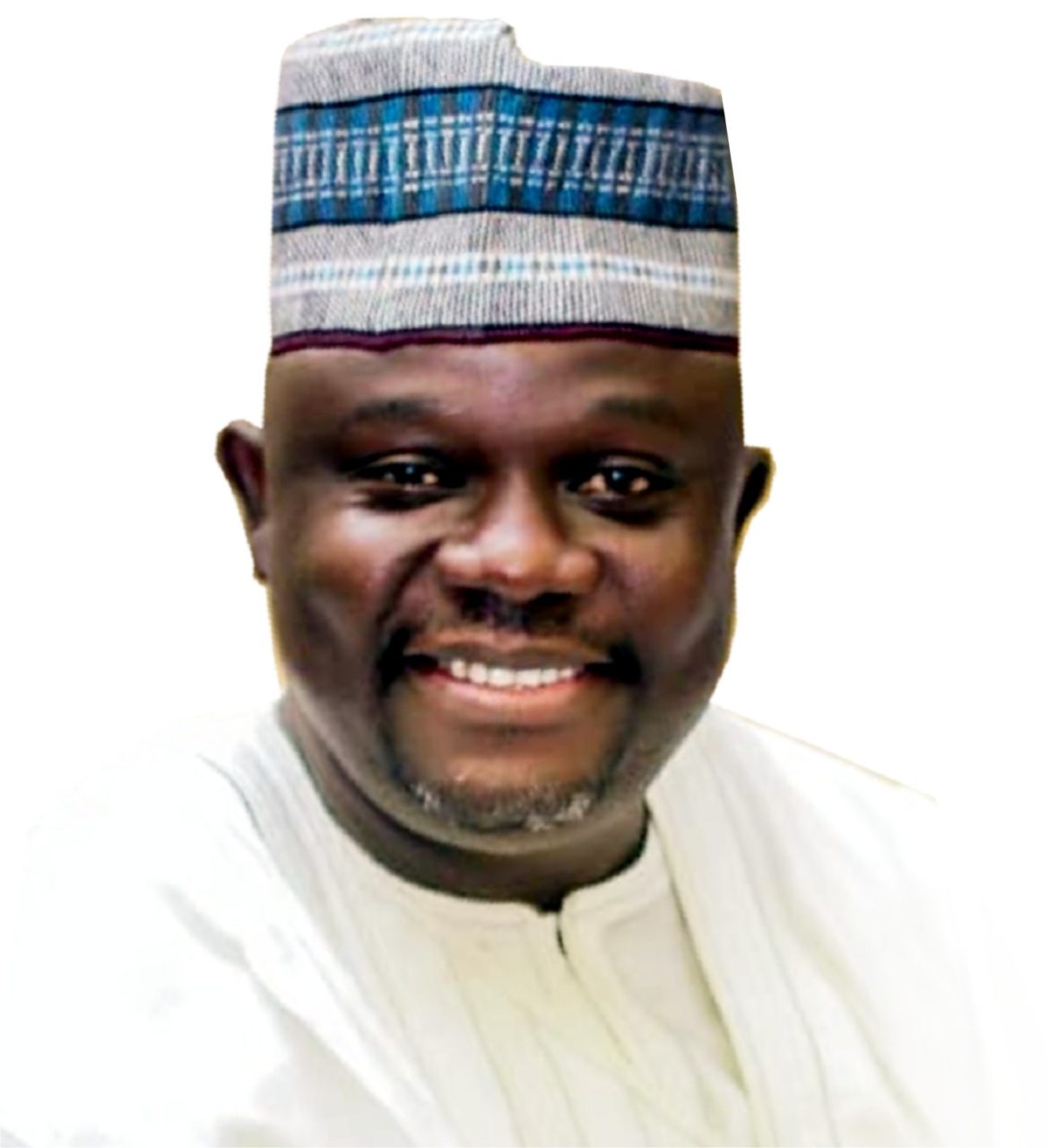 Babatunde John Olaniyan is a top Gospel Juju singer who has been in the business for about 28 years. He is well known all over Lagos with his live band known as Olababs band. Babatunde is not just a musician, he is one with a lot of class and style. He has performed at so many shows and is also popular among top gospel singers in Nigeria. Olababs is a graduate of surveying geo-formatics engineering at the University of Lagos and has been in the oil and gas business working with the federal government of Nigeria. Despite his busy schedule, he still has time for music.

He is happily married and blessed with children and also runs his Olababs Music Production Company where he renders a number of musical services apart from the live band.

Babatunde Olaniyan who started his music career way back in 1991 is a multi-instrumentalist. He started music with the keyboard and from there, he migrated to drums, lead and bass guitars. He has played alongside many veteran Juju singers. Some of them include Funky Juju maestro, Asiwaju Dele Taiwo, La la le Friday crooner, Wale Thompson.

Olababs launched his maiden album on Sunday, November 17, at the prestigious City People Event Centre in Lagos where many top gospel singers trooped-in to show their love and support for him. City People’s DAMILARE SALAMI was also at the event and he caught up with Babatunde and they had an exclusive interview where the singer revealed many things his fans do not know about him. Below are excerpts from the interview for your reading pleasure, enjoy.

Congratulations on this milestone achievement.

I am very pleased to be here… How do you feel achieving this feat?

Aaah! At first, I was very afraid, looking at the time we scheduled to start and as at 2 o’clock, 3 o’clock and 3:30, we’ve not seen enough people. But we bless God, at the end of the day, people started flowing in, everything went well and it was a grand success. I cannot but give thanks to God.

Cuts in… Yes, that is very correct, you know when you hear about music, it is a very broad business (entertainment). Olababs has all the parts that entertainment covers. We have our studio, we have a record label which supports and promotes other artistes, we have musical equipment for hire and we also have a live band for various occasions and event performances.

Is that all you do at Olababs Music production?

Talk of superb artiste promotion, Olababs is there for you and as I mentioned earlier, we are a complete music outfit. Our live band is always there to give you melodious tunes that befit your kind of occasion. We also offer DJ services so we are a music empire and our services are always topnotch. The feedback we get from our clients always push us to want to do better and that is why we can say today that we have achieved so much but we also aspire to do more.

Sir, I have known you for over two decades now. I know you to be a talented singer, wonderful musician and your personality also speaks volume. I know a good number of musicians that you have raised. So why are you just dropping your first album?

Hmmm… That’s a very big question. It is true, you have known me for a very long time. Well, I’m a multifaceted man. That means I do a lot of things, entertainment is just one of them. I’m also a career man that works professionally outside music and entertainment. I am a surveying and geo-formatics engineer and I still practice till date. So music is just one of the things I do. That’s why the album is just coming now, I have a lot of projects I’m working on and music is definitely one of them.

This answer will make me ask this question on the mind of many of your fans. Outside music, who is Babatunde John Olaniyan.

BabatundeOlaniyan who hails from Ondo town is a multifaceted man as I mentioned earlier, aside music, I am a graduate of surveying and geo-formatics engineering from the University of Lagos. I also work with the federal government practicing my skill of surveying and geo-formatics. Aside that, I run my music company effectively, I have a few numbers of staff working with me, I feed some families and all to the glory of God.

I am tempted to want to digress from music a bit but not until you have answered this question… You have such a crop of talented band members. They are very skilled individually, I know a good number of them personally so I can describe their abilities. How were you able to gather such a group of talents as members of the Olababs band?

Sighs… That’s a very big question and it’s a secret. If you treat your boys well, they will be loyal to you forever. If you make them have a sense of belonging in the band and you don’t boss them around or just give command every time, you will get the best out of them. At times, I will call them to ask for their opinions on matters arising and I will pick one of their ideas to be executed. So all of them among. We relate like a family and not boss to employee relationship. They are all stakeholders in the band, some of them have been with me since the last fifteen (15) years, many have been with me for a long time and they have not gone anywhere since then. And I don’t joke with their remuneration. I’m not someone that will want to eat the lion share from any amount we make and give them peanuts. There are times I give them all the money we make at events and I go home with nothing. So these are the reasons I have talented band members and they have stayed with me this long.

You seem to have a good hold on so many gospel superstar singers. How were you able to attract and invite so many big artistes to your maiden album launch?

Laughs… well, that is because I have been in this business for a long time. I am launching my first album today but I can proudly tell you that I have been in the music industry since 1991. I f you calculate that now, that should be about 28 years; that’s how far I have been in the music industry. And remember I am an instrumentalist. Before I started my own band, I have played for a lot of artistes and they know me well. In fact, some of them met me in the industry. I’ve played for Wale Thompson, there was a time I was invited to play for Sir Shina Peters, then I was an undergraduate and I didn’t want it to affect my academics so I dropped it. I’ve played for Ayodel and my boss, Dele Taiwo, some of my boys have also played for him. He was at my studio when we launched it and he’s here at my album launch too; that’s to tell you the kind of rapport we have. I have been in the industry for a long time that is why I have a good grasp of them. Even the ones I didn’t invite are here. For instance, I didn’t invite Lekan Omoba Orun, he saw the invite on my social media and he came. In fact, he even sang and sprayed me money. So that’s what happened to you when you have been relevant in the industry for a long time. They know me right from when I was an instrumentalist to the time I started my own band (Olababs band) and now. So I give all the glory to God.

A little bit away from music now sir, what was growing up like for you?

Hmmm…. Oga o. Let me digress into Yoruba a bit. Omoatapatadideni mi, and I bet you know the meaning. Growing up was not funny at all, when I was growing, in the year 1986 when I was still young, my Dad was very sick, he lost his job and he became paralyzed with stroke. And my mum who was just a petty trader has been the one fending for us. I finished secondary school in 1995 and gained admission into Unilag in 1998. Thank God I had started music then, it was this music that I had been using to feed and even train myself through school. Growing up was not funny but we thank God who has been seeing us through till this time.

Being an experienced musician, how you feel about so many half-baked artistes who parade themselves as musicians these days?

My advice for them is better explained with this English adage that says whatever is worth doing at all is worth doing well. Any profession you expect to bring food to the table should be learnt very well to the best of your capacity. For example, the kind of artistes you mentioned should learn by either attending a music school to learn or go to a professional in the business who can mentor them. They should learn under such a mentor so that they can have a say in the future. Not that you just enter into it unknowingly or because you feel you can make quick money from it.

Is that to say that you have a mentor too in this business?

Yes, I do. Although I didn’t go to them personally but I listen to their music a lot and follow them passionately. I listen to the veterans in the Juju music genre. For example, King Sunny Ade, Evangelist Ebenezer Obey, Sir Shina Peters and Asiwaju Dele Taiwo are some of the veteran Juju singers that I listen to. I have virtually all their albums, they serve as sources of inspiration to me and I am grateful to God and them for where I have found myself in the industry today.

Tell us a little about the ‘E Gbe Ga’ album

Thank you… E Gbe Ga is a collection of some of my old songs. I have a lot of songs in my archive and time has not permitted me to release them. Though it is my first album, I can tell you that I have many other songs that are yet to be released. The album is basically a song of praise and thanksgiving to God in appreciation of all that he has done. It is coming out at this festive period so that Christians have a new song to celebrate with. This album would not have come to reality without the support of my brother, Damilare Salami and City People Media Group so I say a big thank you to them.