Home Health Why Many Are Getting Hooked On ALCOHOL & DRUGS
Health 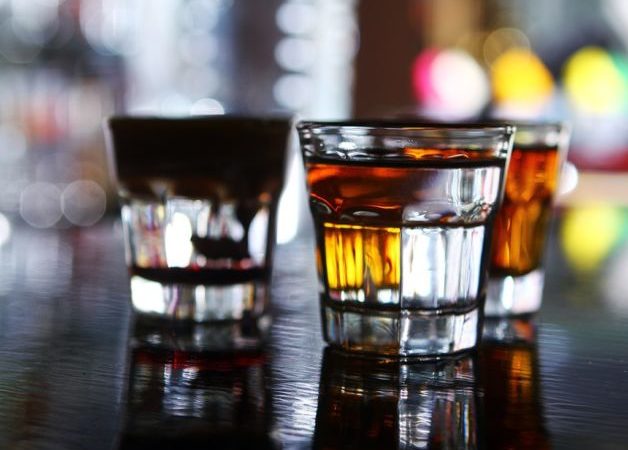 Work is still being done to determine the direct causes of Drug Abuse and Mental Health issues. While there is still much to be discovered, it is known that some factors play into the development of these disorders, and many of these factors are similar across both mental health, alcohol and drug abuse issues.

Addiction can strike a person when they least expect it, as they are trying to handle an increase in their workload, childcare or child-rearing, mental health issues, family issues, or for no reason whatsoever. It often begins innocently by trying to relieve the stress of everyday life, or just to try something new. Before the person knows it, they are turning to the drug or alcohol as a way of coping with any negative feelings or stress in their lives. They may find they need more and more of the drug or drink to gain the same benefits from it. Efforts to scale back or to stop altogether are difficult or next-to-impossible.

Abuse Of Alcohol Or Drugs such as cocaine, nicotine, marijuana, etc. is characterized by a maladaptive pattern of alcohol or drug use leading to significant impairment or distress, as manifested by 1 or more of the following, occurring within a one-year period:

Recurrent alcohol or drug use in situations in which it is physically hazardous (e.g., driving an automobile or operating a machine when impaired by drug use)
Continued alcohol or drug use despite having persistent or recurrent social or interpersonal problems caused or worsened by the effects of alcohol or drug use (e.g., arguments with spouse about consequences of intoxication, physical fights)

THE DRUG ABUSE PROBLEM
Drug abuse is a real problem in many parts of the world. It does not only causes pain and suffering for the individuals involved, but also those around them and society as a whole. Despite continued attempts to understand and eradicate drug and alcohol abuse, there is no sign that it isdecreasing. It is a complex problem because there are so many reasons why people fall into drug abuse in the first place. Unless all these reasons are considered, it will be difficult to tackle the problem efficiently.

THE RELATIONSHIP BETWEEN DRUG ABUSE AND ADDICTION
Addiction refers to a physical as well as psychological dependence on a drug. Not all drug abusers will be physically addicted which means that they would not suffer withdrawal symptoms should they try to stop. If they continue to abuse these drugs, there is a high probability that they will become fully addicted. Once they reach the stage of physical dependence it becomes a lot harder for them to quit the abuse; most people will die as a result. Drug abusers, who are not yet addicted, are often able to escape this negative behavior without too much help. Just finding out the dangers involved can be motivation enough to change their ways.

COMMON REASONS FOR DRUG ABUSE
The most common reasons for why people will abuse drug include:
* Peer pressure, * Boredom, * As a way to deal with stress, * Growing up in a home where alcohol and drug abuse is considered normal behavior, * Self-medication to deal with mental illness * Relationship problems
* Financial worries, * Loss of a loved one, * Those with low self-esteem may abuse drugto boost confidence, * Drug abuse as part of a personality disorder, * Teenage rebellion, * To promote relaxation, * To forget normal life,

5 MOST COMMON CAUSES OF ALCOHOLISM
A person may understand what alcoholism is, but how does it start? What leads a person from having the occasional drink to full-blown alcohol addiction? Unfortunately, the answer is not so simple.
Alcoholism is a result of a combination of genetic, mental, environmental and social factors. The more risk factors a person exhibits, the more likely that he or she will become an alcoholic. Moreover, sometimes those risk factors are entirely out of the person’s control. Let us cover some of them below:

(1.) STRESSFUL ENVIRONMENTS
While not every person turns to alcohol to relieve stress, some people do. When a person has a stressful job, for example, they may be more likely to drink heavily. This is often the case with certain occupations such as doctors and nurses – their day-to-day lives can be extremely stressful. To lower this risk factor, take the time to de-stress with healthy methods, like reading a good book, exercising or taking a nap.

(2.) DRINKING AT AN EARLY AGE
According to the Mayo Clinic, which states that those who begin drinking at an early age are more likely to have an alcohol problem or a physical dependence on alcohol as they get older. Not only is this because drinking may become a comfortable habit, but also because the body’s tolerance levels may increase.

(3.) MENTAL HEALTH PROBLEMS LIKE DEPRESSION
Anxiety, depression, bipolar disorder or other mental health issues can increase the risk of alcoholism. It is easy to turn to alcohol when a person is feeling anxious or depressed,and the effects of alcohol may seem to ease those feelings temporarily. This can resort to drinking more and more, leading to alcohol addiction.

(4.) TAKING ALCOHOL WITH MEDICINE
Some medicines can increase the toxic effects of alcohol on the body. When a person continually takes alcohol with their medications, they may become addicted to the effects that follow – some of which can be very dangerous and even life-threatening.

(5. ) FAMILY HISTORY
If an individualhas a parent or other relative who is an alcoholic, their risk of alcoholism automatically increases. Part of this is due to genetics, but the other part has to do with their environment. Spending time with people who drink heavily or abuse alcohol can influence a person to do the same.

THE DANGERS OF DRUG AND ALCOHOL ABUSE
Depending on the amount of alcohol and type of drug consumed, a person can experience an array of harmful side effects. Since alcohol is a depressant, mixing it with another drug can be detrimental toa person’s health.

HOW ALCOHOL ABUSE AFFECTS THE BODY
Alcohol abuse can affect your body both inside and out. Even though you are unable to see the damage drinking causes to your internal organs, it is important not to ignore the warning signs of alcoholism. Sometimes the harmful effects are not discovered until much later in life, making it difficult to reverse many health complications.
While every organ in your body can feel the effects of drinking, some are more at risk for extensive damage. The best way to prevent health issues now and in the future is to stop drinking.

BRAIN
Alcohol’s effects on the brain can be felt quickly. Not only can drinking cause temporary complications such as memory loss and coordination, it can also lead to long-term side effects that are sometimes irreversible.
Prolonged and excessive alcohol use can interfere with how the brain functions, as well as how it is structured. Damage to different areas of the brain, especially the cerebellum, limbic system and cerebral cortex, can significantly impact the body’s communication pathways. For example, the cerebellum handles your body’s motor skills such as your arms, legs, and feet. When alcohol affects this area of the brain, you are more likely to experience a loss of balance, as well as memory and emotional response issues.

HEART
The heart is extremely vulnerable to the negative effects of alcohol consumption. Over time, heavy drinking can weaken the heart, impacting how oxygen and nutrients are delivered to other vital organs in your body. Excessive alcohol consumption can increase triglyceride levels – a type of fat in your blood. High levels of triglycerides contribute to the risk of developing dangerous health conditions such as heart disease and diabetes.
Some of the early cardiovascular effects, like high blood pressure and an irregular heartbeat, can lead to a host of problems down the road. Long-term consequences of excessive drinking may include cardiomyopathy, stroke and sudden cardiac death.

LIVER
Heavy drinkers are at risk of harmful, potentially life-threatening liver problems. When you drink, your liver breaks down alcohol and removes it from your blood. However, too much alcohol in a short period can overwhelm the metabolism process and lead to fatty liver. Fatty liver is a chronic condition that involves the buildup of bad fats in the liver. Obesity is one of the biggest factors of fatty liver. It can also cause liver failure and type 2 diabetes.
Other serious liver complications associated with prolonged and excessive alcohol consumption are alcoholic hepatitis, fibrosis,and cirrhosis. While each of these conditions is treatable, they require proper medical diagnosis and intensive treatment plan.

PANCREAS
The pancreas is part of the digestive process and helps regulate your body’s blood sugar levels. Drinking alcohol over many years can start to negatively impact your pancreas and cause lasting health complications. Unfortunately, the early stages of many pancreatic conditions are often unfelt and therefore, left untreated.

Long-term alcohol abuse can eventually cause the blood vessels around the pancreas to swell, leading to pancreatitis. Thisgreatly increases your risk of developing pancreatic cancer – a type of cancer that spreads rapidly and is very dangerous. Symptoms of an acute pancreatic attack may include abdominal pain, diarrhea, nausea, fast heart rate and fever. While medications and other treatment methods can help manage the effects of pancreatitis, it is very difficult to reverse the condition.

Why Many Are Getting Hooked On ALCOHOL & DRUGS was last modified: April 17th, 2018 by Nimota Raji-Gambari

Legs! Here Are Ways To Make Your...

How to Get Rid of Vaginal Odour:...

Energy drink could lead to cocaine use...