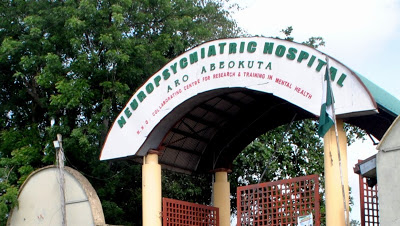 The president of Mandate Health Empowerment Initiative, Mr. Zion Abba Ameh disclosed this in his opening speech at the mental health conference held in Abuja.

While quoting from World Health Organisation (WHO)’s report, he said around 30 to 40 percent of Nigerians were suffering from a mental disorder.

He said the report also has it that between 16% to 49% of people in the world have a psychiatric and neurological disorder, adding that most of these individuals live in low middle income countries.

In his speech to mark World’s tobacco day, he stressed that all hands must be on deck to proffer solutions to “this neglected side of our health”.
Mr. Ameh advocated for the Mental Health Bill to be passed to an ACT as the current lunacy Act of 1954 was no longer tenable.

He said his organization in conjunction with others, was planning a movie to change the narratives of drug awareness campaign.

“This [the movie] is targeted at addressing root causes, treatment rehabilitation concerns and the implication of drugs and substance abuse.”

‘Many Nigerians Are Suffering From Mental Disorders’ – Report was last modified: June 7th, 2018 by Reporter