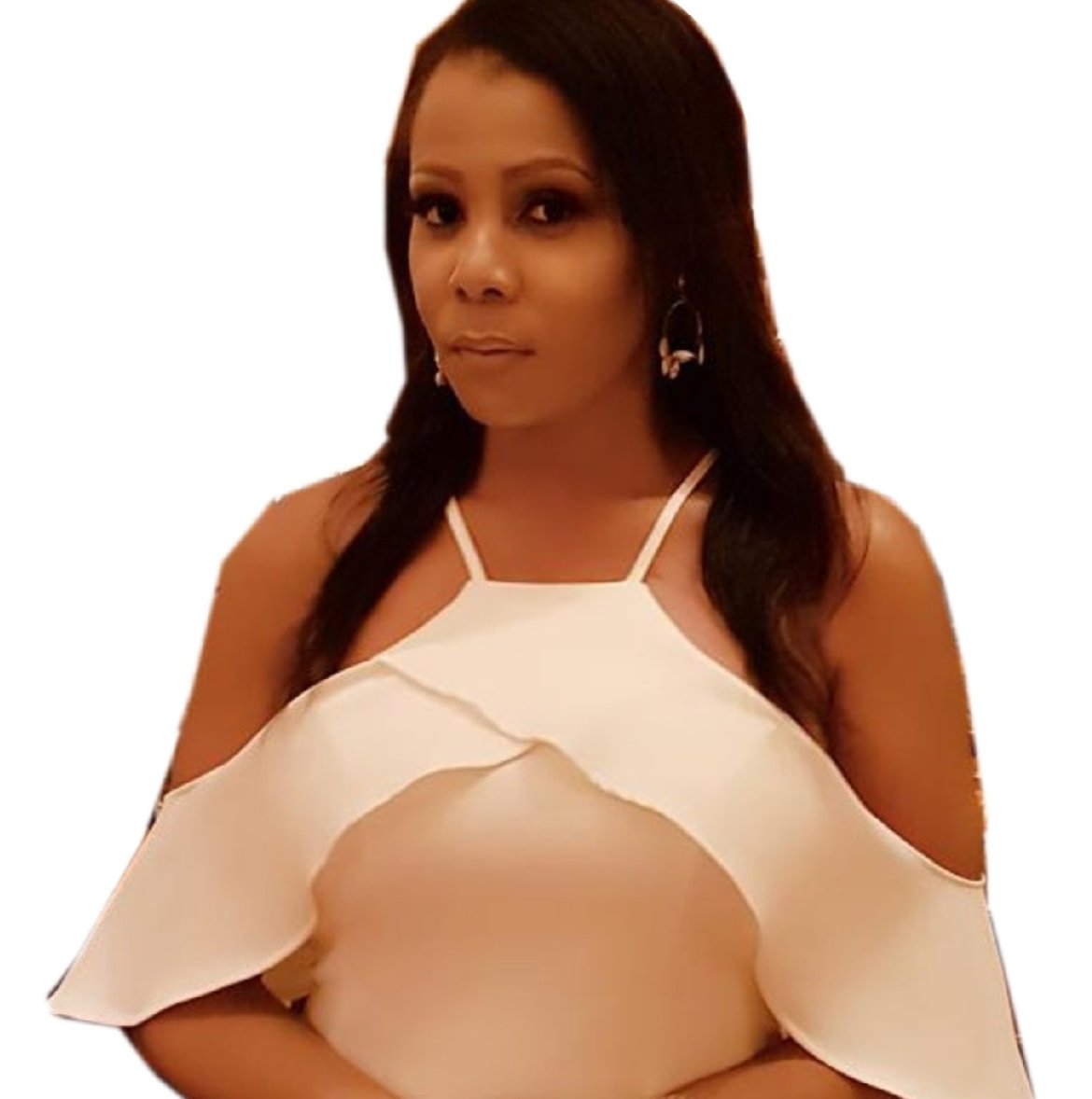 Speaks On Their 10 Year Marriage
If you ask Chief (Mrs.) Angela Folarin, the wife of former Senate Leader and the Lagunna Olubadan of Ibadanland, Senator Teslim Folarin, mutual respect, contentment and tolerance are some of the ingredients to a successful marriage. All these and many other things, according to her, have been helping her marriage as she has been able to manage and nurture her home into becoming a reference point to others, both single and married alike. Herself and her husband have become more than husband and wife; they have become gist partners, playmates, each other’s best friend and confidant.

In fact, like the popular saying that, ‘behind every successful man, there must be a woman’ that woman behind Teslim Folarin is Angela. She is a strong woman; highly exposed, well read, very smart and intelligent. In Ibadan and beyond, people respect her brain. She is a trained lawyer and everything about her speaks volume of the stuff she is made off. But how could Angela have understood the Yoruba culture and tradition as an Ibo woman married to a Yoruba man and Oloye of Ibadanland for that matter, so much that she is at peace with all?

“I was born in Ibadan. My family have been in Ibadan for many years, so it was not difficult for me to have adapted into the system. Senator and I spent most of our formative years in U.K and we arrived back in Nigeria about the same time. And immediately I became familiar with Ibadan people and the tradition. I find them very accommodating people, very kind people; a lot of them are respected people, some high chiefs, especially my mother-in-law. She never for one day treated me as a daughter-in-law, she treated me as her last born; corrected my mistakes, tolerated my excesses and she was very proud of me. And I decided and tried my best in making her burial ceremony a special one, by playing my own little part. May her soul rest in peace.”
On how she has been able to keep her home and marriage as peaceful as possible over the years, especially with so much crowd around Senator Folarin, being a politician of note. Angela has this to say: “Patience, tolorance, support of one another especially for his political background. We need to be very, very strong around each other because there are so many external forces that come in the way of marriage. Also, keeping it very simple is another thing. Having spirit of contentment, having spirit of industry, having spirit of charity. These are the things that keep us going. Senator is an introverted person while I am extroverted so we service both constituencies well. ‘Another thing is the fact that I am married to a God fearing man, for better or worse.”
The aforementioned qualities in Angela are probably what endeared Senator Folarin to her at the initial stage of their relationship before they eventually got married. When this reporter, in a brief chat with Angela recently, tried to find out what was the attraction for Folarin to have fallen in love for his wife apart from her beauty. Angela’s response was very direct, ” You may have to ask him that question. But from what he told me probably my supportive nature. Because every politician needs a woman who is supportive and understanding. That is what I have been giving him and he has been more than a good husband too.” 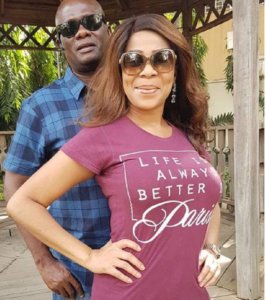 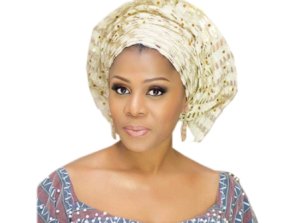 Interestingly, Angela is playing more than the role of a wife and mother; she is politically savvy in her own way, judging from her support and contribution towards her husband ambition over the years. Especially during the electioneering campaign of Oyo guber race in 2015. She participated in virtually all the campaigns and formed her groups and shocked many as to how did politics in her evolved and where she normally gets her energy from. She dropped few lines on that too. “I come from a family of politicians in Delta State. We have had several people who had served at the Federal level as well so maybe it is in my blood. I’m also a lawyer by profession and am also a very quick learner. Most politicians congregated in my house on a daily basis so it is very easy to learn and pick up few things.”
On her experience being married to a politician and the challenges that follow. “It is nice when it is nice and it’s difficult when it’s difficult. But all in all its an interesting institution. I have never had a dull day in my life and I think it is a very interesting phenomenon.
At the same time it could be very frustrating when we are married to these men who keep us in the trenches. What can we do but just to provide the support.”
She spoke her glowing skin, girlish look, style and dress sense, as she always stand out wherever she finds herself. “Funny enough I don’t have special treatment for my skin except peace of mind and I eat healthy. “My dress sense is strictly based on content and keeping in mind the fact that my husband is a staunch Muslim and I dress according to Islamic dictates , especially when am in Ibadan.” “How would I describe my style? Very simple, very modest and very conservative.”
Last week, Tuesday 16th May, 2017, marked the 10th wedding anniversary of Teslim and Angela Folarin. They are happy with each, have a good home and blessed with children.

Many People Don’t Know I Was Born & Bred In IBADAN – Senator TESLIM FOLARIN’s Wife, ANGELA was last modified: May 22nd, 2017 by Dare Adeniran

How OGD Picked Me As Running Mate 14 Yrs Ago Ex-OGUN Deputy Governor, SALMOT BADRU On Life @ 60