Many Things EBENEZER OBEY & I Have In Common – Evang. J.A ADELAKUN (Ayewa) 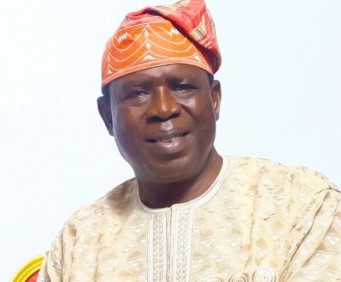 Evangelist J.A Adelakun Joseph Adelakun fondly called Ayewa is a gospel singer, songwriter and televangelist. He is very close to notable ministers of God like Bishop David Oyedepo, General Overseer of Winners Chapel, Pastor Enoch Adejare Adeboye, General Overseer of Redeemed Christian Church of God, Pastor Mathew Ashimolowo of Kingsway International Christian Centre, Bishop Francis Wale Oke of The Sword of the Spirit Ministries, Rev. Esther Ajayi- the founder of Love of Christ Generation Church and many other notable men of God. Probably because of his meek nature, he shares a great bond with all the aforementioned General Overseers. Despite being a Soldier at the beginning of his life, yet his humility is out of this world and it has really paved way and opened several doors for him, it has made him sit before kings and queens, wine and dine with the dignitaries and the nobles. Also being a disciplinarian has also helped him too in maintaining and sustaining the Godly relationships.

Of all the ministers of God, he’s very close to Evangelist Ebenezer Obey holds a special place in his heart. He always refers to him as his mentor and father. If you also look inward you will see that they have so many things in common. Evangelist revealed in our live chat many things he has in common with Ebenezer Obey. Below are the excerpt.

You have a very unique voice. How did you train your voice to be that unique?

As I used to say, it was the grace of God. Why, because in the olden days, I smoked a lot of cigarettes, India hemp and alcoholic drinks as a military man. I realised my voice was not good when I started singing and I took it upon myself to go to the mountain to pray and God granted my request. I prayed for a unique voice and God blessed me with it, that was in 1979. I was also a stammerer when I was in the military, but after that prayer on the mountain, everything was normalised, God granted my request. Though we have many who stammer too, Look at the late Sikiru Ayinde Barrister, he was also a stammered, but when he’s singing you won’t know, because the graces of God was in his life too. So, I thank God for giving me that unique voice. We have so many musicians who also have unique voice. Look at my father, my mentor, Evangelist Ebenezer Obey, his voice is very unique till tomorrow.

The connection between Ebenezer Obey and I is divine. I have always fallen in love with Ebenezer Obey right from my youthful age, when I was in the Army. There are only 2 musicians I don’t joke with, I listened to their songs from time to time; Ebenezer Obey and King Sunny Ade. The uniqueness of Ebenezer Obey and his composition got me connected to him. when I listen to him even when I get high i.e when I was already high smoking India hemp I always enjoyed his music. Then, I would start singing along with him. I could sing many of his albums off-hand. That is to tell you how much I fell in love with his music. That time, I never knew  that we were still going to meet at all.  It was in 1972 when I was transferred to Aba by the Nigeria Army. God showed me in a dream the photograph of Evangelist Ebenezer Obey and God told me he’s a great man, full of grace, who was also using the gift He the Lord gave him in a good way. God instructed me specifically to go to him and tell him about the gift he had also given me. But as a military man, I was reluctant; the pride that how could I go to an ordinary civilian and solicit help from him held me back but very much later, I located him. When I got there, first I had written letter to him and he brought out the letter and he counseled me to surrender to God which I disagreed with and I stopped seeing him until 1982, 10 years later, then I had already started singing and I was on Ogo Oluwa records. I remembered I told Chief Olayiwola, the owner of Ogo Oluwa record, that I would love to work with Ebenezer Obey and feature him in one of my albums  and he said ‘no problem’ that he would talk to him and lo and behold, he came and that was the first time we met again one-on-one after 10 years, that was in July 1982 at Christ Apostolic Church Shomolu. I was so happy to see him and we did the album. Later, I went to his house to say thank you and we got talking again and since then, I never left him. I would always go to his house, sit down quietly and be studying him. He would also be intermittently greeting me. It always marvelled him that I didn’t talk or ask him for anything because I’m a very disciplined man. That was how our relationship started and I thank God till today we are still very close and share a very strong bond.

We saw Revd Mother Esther Ajayi at your 70th birthday, what’s your relationship with her?

The relationship between  Rev. Esther Ajayi and I started when I went to London. One of my sons is a friend to Mama Esther’s son. My son told me there was a woman that he wanted me to go to her church, she’s a nice woman, though she’s C&S, but she’s a woman of God. She believes in Holiness, and I said no problem I would come. When I met her you would think we’ve known each other for long, very nice, pleasant and accommodating woman of God, and then I ministered at her church. When I finished she blessed me with tangible money. Then we went for the 3-legend programm in London, a programme organised by a woman to celebrate Evang. Ebenezer Obey, King Sunny Ade and myself. She was there and we ministered in her church again. We were together, a few weeks ago with Omo Baba WoliniIlasamaja, we were together at Taborah. She always calls me Baba mi Ayewa and I don’t hide the grace of God, she always blesses me. She’s a nice woman. There are so many things people don’t know about her, but God has revealed to me. She’s a very nice woman and a disciplinarian. So, I’m very close to the family.

What would be your message to the church?

My message to the church is unity according to the Book of Act of Apostle Chapter 2 from verse 1. Let us unite. Let’s do away with any form of discrimination. We serve only one Christ and we have to be Christ-like. We need to unite and have one voice. Thank you.

Many Things EBENEZER OBEY & I Have In Common – Evang. J.A ADELAKUN (Ayewa) was last modified: June 24th, 2020 by City People

How I Fell In Love With My Wife The Day She Was Born – Adron Boss, Aare ADETOLA EMMANUELKING