Mariah Carey’s Boob Pops Out During Date With Boyfriend 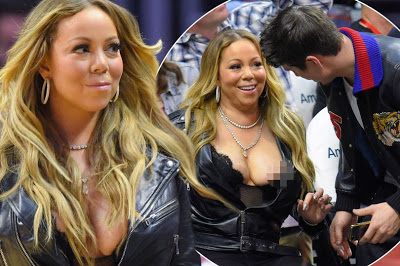 Never one to shy away from a racy outfit, Mariah headed to the Staples Centre in a daring semi-sheer black top that featured an extremely plunging neck.

Unfortunately as she settled down in her seat to watch the game the singer’s top slipped as she shared a joke with Bryan, exposing her nipple.

Despite the unfortunate wardrobe mishap, the star managed to pull off a seriously sassy look. 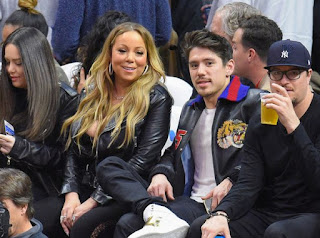 Mariah Carey’s Boob Pops Out During Date With Boyfriend was last modified: February 17th, 2017 by Reporter