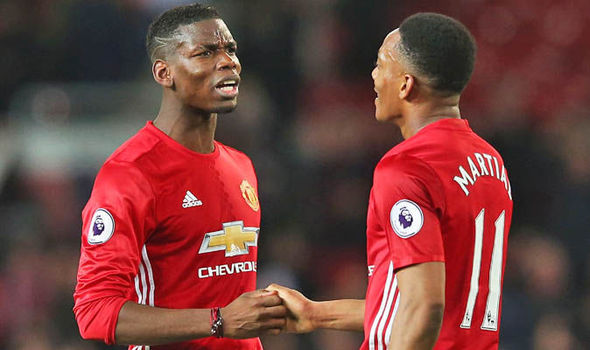 Manchester United are set to lose Martial this summer with the forward tired of Mourinho’s treatment of him.

The France international started the campaign in fine fettle, appearing to have rediscovered the sparkle he boasted under Louis van Gaal.

However, Alexis Sanchez’s arrival from Arsenal in January has seen his Manchester United form wane.

And Italian newspaper Tuttosport say Mourinho has given Martial the green light to join Juventus this summer.

It is said he cannot see a future for the 22-year-old at Old Trafford.

Whether United’s board let him go, however, remains to be seen.

Reports have claimed Ed Woodward is a huge admirer of the player and wants him to stay.

But with Mourinho in the driving seat, Tuttosport say Martial’s Red Devils career looks over.

As well as Juventus, Martial is also attracting interest from closer to home.

Chelsea are understood to be interested in securing his signature.

And Arsenal and Tottenham are also eyeing a summer deal.

Toyin Abraham’s Ex-Husband Adeniyi Johnson Opens Up, she Cheated on me While Married

What Are The Grounds For Getting A Divorce?