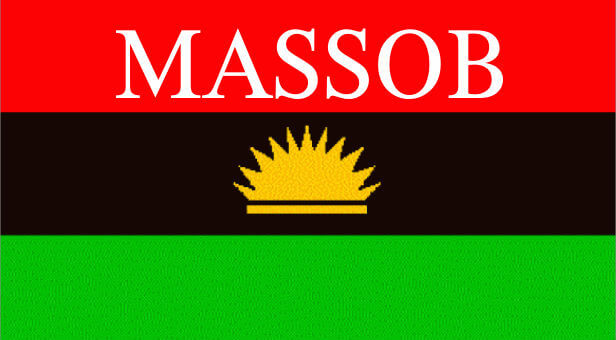 Movement for Actualization of the Sovereign State of Biafra, MASSOB, has denied that it clashed with some security agents in Onitsha on Monday.

The group said it would have been miscreants who are in the habit of dropping MASSOB’s name that clashed with the security agents and blamed its former leader, Chief Ralph Uwazuruike, for the incident.

MASSOB’s National Director of Information, Samuel Edeson, noted that the group is a non violent organization working to actualize Biafra nation and does not involve in criminalities.

In a statement in Enugu, yesterday, Edeson said: “We eloquently state that those camped at Okpoko, popularly known as Zone Nine, are not MASSOB members but members of Ralph Uwazuruike-led Biafra Independent Movement, BIM.

“The reformed MASSOB under the leadership of our leader, Comrade Uchenna Madu, since November 30, 2015 when Uwazuruike was expelled had stopped operating from camps or uncompleted buildings.”

“Also, we don’t condole or involve in criminalities, we also believe in non violence and peaceful approach towards Biafra actualization.

“Ralph Uwazuruike and his coordinators of Biafra Independent Movement, BIM, should be held responsible for the atrocities, criminalities and terrorisim of Okpoko residents by the so-called zone 9 of BIM.

“MASSOB has one leader, Comrade Uchenna Madu, with our headquarters in Enugu State will continue to remain non violence and cannot involve ourselves in violent manner.

Buhari promised to return Nigeria to a producing nation