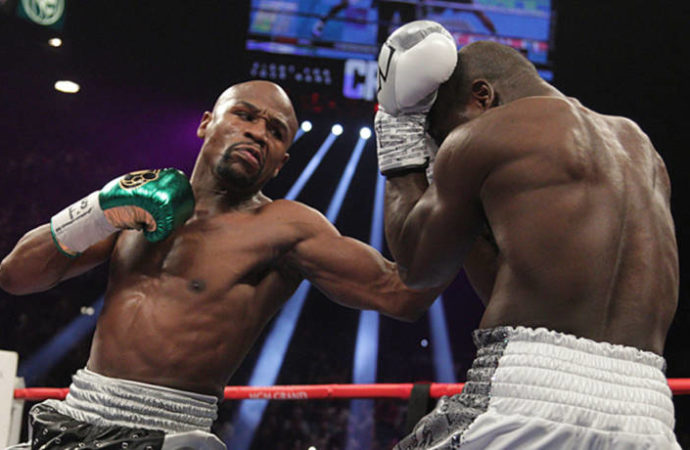 Floyd Mayweather has vowed to quit boxing once and for all after he emerges from retirement for next month’s cross-combat showdown with Conor McGregor.

The 40-year-old former welterweight king, who retired with a perfect 49-0 record in 2015, said Tuesday there was no chance of him fighting again after he climbs into the ring with mixed martial arts star McGregor.

The two men are to face each other at Las Vegas’s T-Mobile Arena on August 26 in what could become the richest bout in boxing history.

Mayweather, who has already made an estimated $700 million during his two-decade career, is set for another eye-watering payday against brash UFC star McGregor.

But irrespective of the result next month, Mayweather says he has already decided it will be his last fight.

Mayweather said he had discussed his plans to quit for good at a meeting with advisor Al Haymon earlier Tuesday.

“After taking a couple of years off I was okay. But then we ended up somehow making this fight happen. “Now I really know that this is it. Deep in my heart I know this is it.”

The build-up to Tuesday’s event saw Mayweather face headlines that he has filed for an extension to pay his 2015 tax bill.

However he brushed off questions about his finances when asked.

“We ain’t trippin’ on that,” he responded.

For boxing purists, Mayweather risks blemishing an otherwise perfect record with a tawdry final episode that has been disparaged as a cynical circus-like stunt.

Mayweather however waved away suggestions that if he was to win, and retire with a 50-0 record, there would be an asterisk against his last fight.

“The last time I checked he’s still a professional fighter,” Mayweather said of his lightly-regarded opponent. “He’s a stand-up fighter. He never took a loss fighting straight up. I can’t overlook that, because one shot can end your whole career. He’s a tough competitor but it is what it is.”

Mayweather forged his 49-0 record on the back of phenomenal speed and defensive reflexes, often being criticised for his unwillingness to go to toe-to-toe with opponents.

Another boxing masterclass could well be in store for McGregor, but Mayweather is unfazed by the possibility that the Irish brawler may deploy mixed martial arts tactics if he struggles to lay a glove on the American.

“That’s the referee’s job,” Mayweather said. “My job is to go out there and be a boxer, be a fighter. I’m pretty sure the referee’s going to be fair and fun.

“I’ll leave all that up to the referee. My job is to go out there and fight against the guy that’s across from me.

Floyd Mayweather to quit for good after McGregor bout was last modified: July 12th, 2017 by Arinze Ago