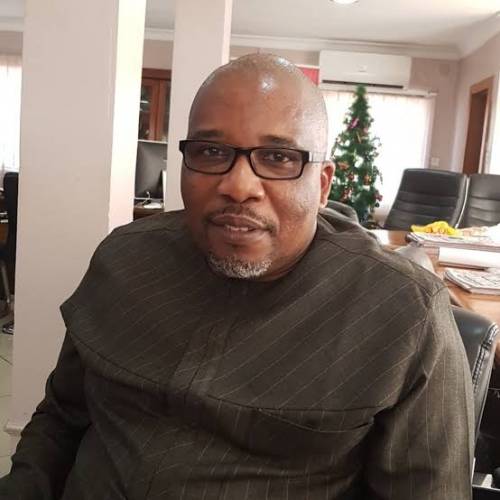 The vibrant Nigerian media has witnessed a new entrant into its fold.

Former Managing Director/Editor-in-chief of The Sun newspaper, Mr Eric Osagie, is out with THISNIGERIA, a quality newspaper, which debuted on Monday September 28, 2020.

The newspaper in its premier edition features exclusive interview with former Kaduna State governor, Col. Abubakar Dangiwa Umar, who spoke on the state of the nation, the Buhari administration,  insecurity, fuel price hike among other issues.

According to a statement issued in Lagos by the newspaper’s publisher, Mr Eric  Osagie, “THISNIGERIA,  anchored on assisting Nigerians to “know the truth” which is also the newspaper’s motto, is targeted at bringing policy, politics, economy, sports, entertainment and other news contents to our reading public.”

The newspaper which is targeted at the C-suite, the policy, politics and business elite, is also designed to appeal to the youth population through its sports and entertainment segments.

THISNIGERIA has a weekly print edition for now, and an e-copy as well as online daily reports on: www.thisnigeria.com.

Osagie, who also doubles as Editor-in-chief/CEO of the newspaper outfit, said:

“We will report the news behind the news; beam our searchlight on hidden happenings and things people, especially the high and mighty do not want reported.

“In so doing, only the interests of Nigeria and the Nigerian people shall matter and take the prime consideration at all times.”

The newspaper publisher also disclosed that THISNIGERIA shall oppose any form of injustice to any Nigerian irrespective of tribe, gender, region, religion or affiliations.

“We are newspaper of the people for the people. We shall defend both the powerful and the powerless, but in a country where the rights of the weak and the powerless are often trampled on, we shall provide them a shoulder to lean on and a voice to be heard,” Osagie said.

He promised that the new paper will promote free market and liberal economy principles “as that is the way to go if our country will join the comity of economically independent nations.”

” We have no business being a poor nation with our human and natural endowments. We shall use our medium, through our news reports,  features and analysis to promote the best of Nigeria agriculture, the best of our textiles, the best of our culture to Africa and the global space. We shall encourage government to provide the enabling environment for growth of businesses, which will in turn stimulate the economy.”

On politics, Osagie said: “THISNIGERIA shall monitor governance and help to hold the leadership accountable to the people. Power is held in trust by leaders on behalf of the people. Under no circumstances should it be abused. Whenever and whereever it is not used for economic emancipation or development, we shall speak up, just as we will applaud and encourage leaders who are doing well for their people.