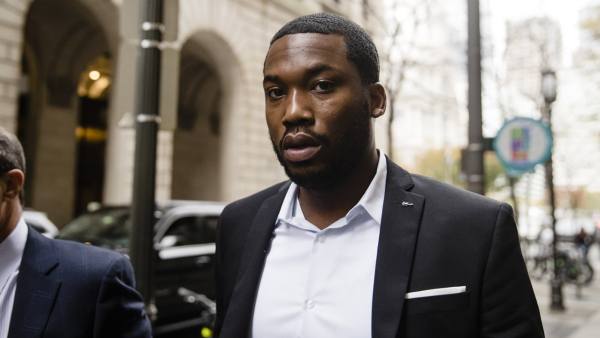 Meek’s lawyer provides insight to the judge’s grudge against the rapper.

Yesterday, Meek Mill was sentenced to 2-4 years behind bars for violating his probation. Rappers and fans took to social media to decry the sentencing, saying it was unfair and unjust. Shortly after the news broke out, Meek Mill’s lawyer, Joe Tacopina, said the harsh sentencing was due to Judge Genece Brinkley’s personal vendetta against the rapper. Now, he’s provided more insight to the case and what he believes to be the real reasoning behind the judge’s sentencing.

In a interview with Billboard, Tacopina divulged on more information pertaining to the case and the sentencing. During the conversation, he divulges on some interesting background information that could’ve played a part in the sentencing. During the conversation, he says the judge had a strange infatuation and the judge was “crossing the line of professionalism and traditional conduct.” One of those instances was when she asked him to do a cover of Boyz II Men’s “On Bended Knee” and include a shout out to her during the song. Another one of those was when she asked the rapper to leave Roc Nation for a local Philadelphia manager that Tacopina claims the judge knew personally.

“When she requests he leaves his current management Roc Nation — which is one of the most important management companies in the world — and goes back to a local Philadelphia guy who has a spotted past because she had a personal relationship with him as manager,” he said, “She’s doing something that a judge would never be doing, having a personal interest.”

In addition to this, Tacopina says the judge also once pulled up on Meek Mill and sat at a table while he was doing community service hours for the homeless people in Philadelphia. He says it’s a strange move for a judge to pull.

“You could pull any judge in America and ask them how many times they’ve showed up at a community service for a probation and the answer is zero,” he said.

Throughout the interview, he provides more examples on how the judge had a personal infatuation with the rapper, even claiming that “it’s some sort of an obsession.”
MEEK MILL’S LAWYER SAYS JUDGE TOLD RAPPER TO LEAVE ROC NATION TO SIGN WITH HER FRIEND was last modified: November 8th, 2017 by Daniji Emmanuel