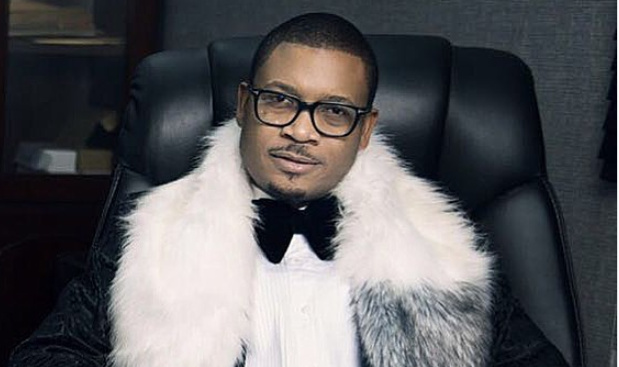 Without compromising words or being biased these are the hottest guys who run Lagos night life. Lagos is famed for its amazing night life as the city comes alive in the dark. Clubs, hangouts, lounges, and bars try to keep up with the demands of ‘night crawlers’ who seek the best places to spend their night. A handful of the spots and lounges in the city meet the revelers’ demand and thus are in hot demand. With a large number of pubs, bars, nightclubs, parties, live music, concerts, theatre, cinemas, shows, and restaurants, Lagos has proven to be the perfect place for night lovers. Some special night spots in Lagos fabulously meet the needs of nightcrawlers. The city of Lagos possesses some superb clubs in Lekki for the Islanders. Bars in Ikeja are the hub of Lagos mainland’s night owls. There are a lot of exquisite active nightlife spots in Lagos. We have guys who are behind the camera making sure to give the best to the night life crawlers as City People Entertainment Reporter, PRECIOUS POMAS brings you a list of 10 big boys who run the Lagos night life.

Obi Iyiegbu popularly known as Obi Cubana is a Nigeria based businessman, entertainer, entrepreneur, philanthropist, and a show killer. He is the chairman and the owner of the popular Cabana groups. Obi Cubana was born 12th April 1975, and he is currently 46 years old. Obi Iyiegbu best known as Obi Cubana is from Oba, a community in Demili-South Local Government Area in Anambra State, Nigeria. Obi Cubana started his first club Ibiza Club in Abuja seeking to satisfy fun seekers and nightlife lovers. Following the remarkable progress he made from the Ibiza Club, he established the Cubana group, a hospitality club that provides all-round entertainment satisfaction in 2009. Cubana group was first established in Owerri, Imo state capital Nigeria. Today, Cubana has spread across various states in the country including Lagos, Abuja, and Enugu. Cubana is always the first on every big boys mind.

Shina Abiola Peller (born 14 May 1976) is a Nigerian entrepreneur, politician, industrialist, and a member of the Federal House of Representatives. He is the Chairman and chief executive officer of Aquila Group of Companies and Club Quilox. This is one of Lagos biggest clubs all Nigerian celebrities touch town every Friday night to have fun to the fullest.

Sunday Bankole popularly known in Lagos as a fast-rising Yoruba actor, writer, producer and and as well as an Entrepreneur also owns the popular 100% beach club at elegushi … The talented actor attended St Paul Primary School and further proceeded to Government Secondary School Omu-Aran for his secondary education.

Mike Eze Nwalie Nwogu is his real name but popularly and fondly called Pretty Mike. He is a Nigerian entertainer, social-media influencer and co-club owner of Cubana night life. He was born in 1987. Apart from being a club owner, he is also into other businesses like transportation of textiles. The flamboyant lifestyle has earned him lots of endorsements with brands like Remi Martins, Leisure Home, T20 luxury etc.His car collection consists of exotic cars in his garage which includes a 36 million Mercedes GL 459 and a 72.4 million naira Bentley GT. He looks to stand out from the rest with his customized plate numbers.

606 is a club owner and music producer. 606 has been in the game for over 7 years now. He owns one of the biggest night clubs in Victoria Island where all Lagos top based celebrities go out to whine n dine with. DNA is a most go club.

Tobi Dash runs the popular club Rumors Night Club, a luxurious hangout spot that serves exquiste cuisine with fine dining and great music. The club is located in Ikeja, one of the happening cities in Lagos Metropolis. Rumors is a great place for socialite to mingle and network with celebrities, business people and governement officials. Rumors, is rightly owned by 2Face, but 2Baba handed over rumors to Tobi Dash so he could attend to his other businesses. Tobi Dash has been doing well in the night life sector.

One of Lagos finest big boys Ossy Fred is the owner of G51 surulere, the biggest night life spot in surulere where all mainland guys go to relax and have a lot of fun. It’s a high class and highly upscale club and restaurant. This place reeks class and its very comfortable. It’s relatively new and it’s extremely fresh. The bar is on the ground floor, the club is on the first floor, the roof top space is on the second floor.

Popularly known as Jerry Shaffer, Mr Jerry Adibe who is the CEO of Slippery Entertainment, owner of the popular Slippery Lounge Lekki and co-CEO of Club Gallileo Abeokuta, is a trade partner and hypeman with Hennessy.

With all these businesses under his belt and a great level of success in his hype career, Jerryshaffer is unarguably Nigeria’s first Hypebusinessman.

Jahbless is a Nigerian afrohip-hop recording artist, musician, actor and club owner. He first received fame as a member of the acclaimed afrohip-hop group the melodyz. Jahbless served us good music before he moved to America where he spent over 12 years, coming back to Nigeria. But he came back big and ready to set up the night life in Admiralty Way. Jahbless owns the biggest lounge in Admiralty Way called The Bilvd Lounge where all the Lagos celebrities go to have fun.

Frank Okamigbo’s De Place sits comfortably as the hottest night club in this part of the world. Located in Lekki, De Place is the go-to lounge for music and movie stars alike. The mega fun spot is a beehive of fun lovers with its unbeatable ambience and superb music selection.