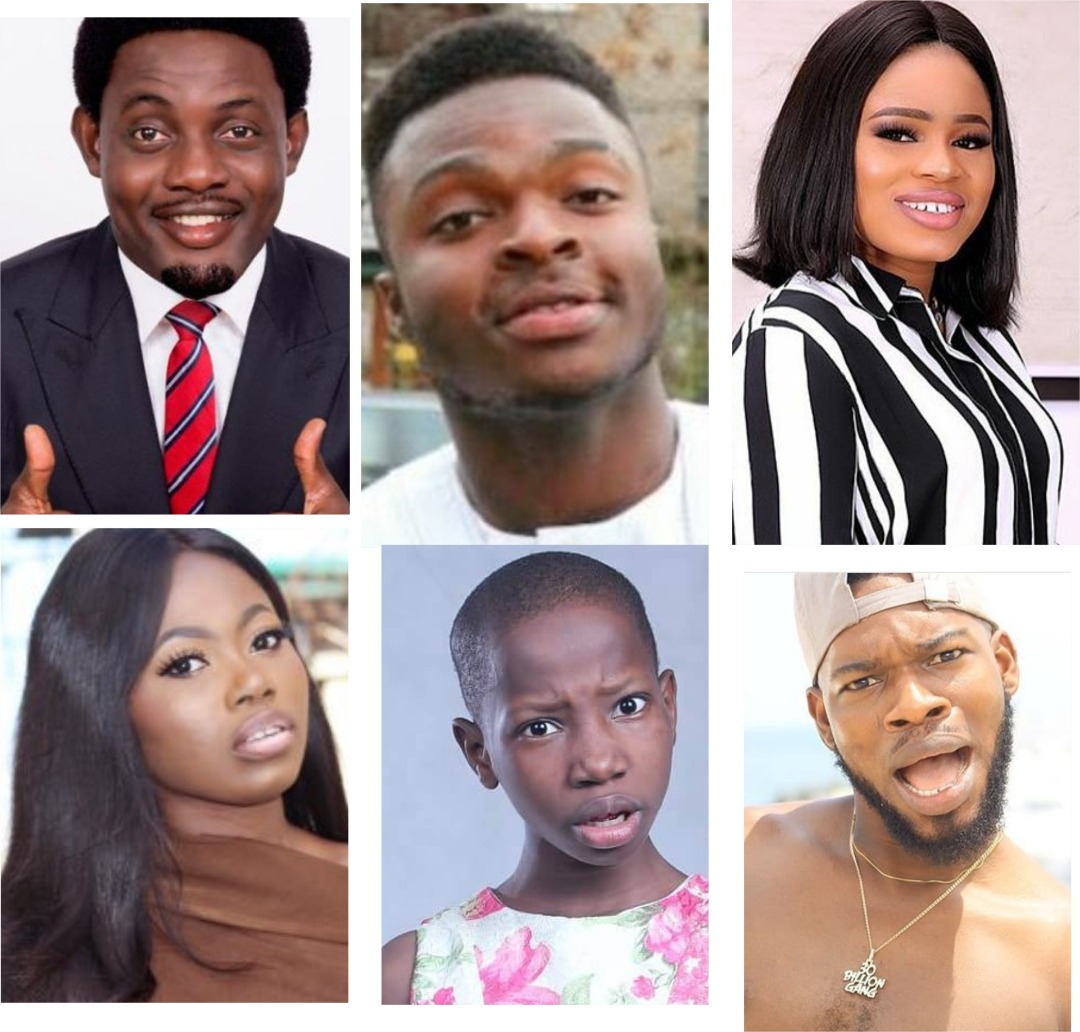 •How They Make Money On Their Channels

Youtube.com, the online video sharing platform founder in 2005 by Steve Chen, Chad Hurley and Jawed Karim has been turning a lot of ordinary people to millionaires around the world. Primarily, owners of channels on the platform make money by the number of impressions on their channels. They also make money indirectly from endorsements from brands.

For some time now, Nigerians were unable to benefit from the platform as it was not open for monetization for people from this part of the world. That changed a few years ago as Nigerians were invited to monetize their channels. Since then, a lot of Nigerian YouTubers have made a lot of money from the channel. City People’s Kelechi Okorie name 10 high earning youtube stars with emphasis on ordinary individuals and not news channels, movie channels or superstar musicians.

Mark Angel comedy is not just the leading youtube channel in Nigeria but the leading channel in Africa with 5.93 million subscribers. The channel which uploads content every other Friday morning started like a child’s play in 2013. It is synonymous with a little girl called Emmanuella who performs in comedy skits with her uncle, Mark. Other child stars like Success have since been introduced along the way. The monthly earning of Mark Angel Comedy is estimated at $250, 000.  The channel has over 1 billion views and is currently stands at 1, 294,113,739 and counting. There has been 284 video upload on the channel at the moment.

The channel is owned by Nigerian intentionally recognized gospel artiste, Osinachi Joseph popularly known with her stage name, Sinach and she is well known for her gospels songs, especially with Loveworld.  She has made her name popular on yotube.com by uploading her musical contents regularly. Her channel was created in 2013. She earns over $50, 000 on youtube.com. She currently has 454, 756, 667 views and counting. She has uploaded 75 videos so far.

This guy started as a fashion brand before trying his hands on youtube.com. He has been churning out comedy videos about the Nigerian culture consistently. His real name is Samuel Oluwafemi Asubiojo and he is actually a medical student. His channel currently boasts of 1.37 million subscribers. It was created in 2012. Samspedy earns almost $80,000 monthly. His channel currently has 191 video uploads and 371,330, 100 views and counting.

Ay is a household name when it comes to comedy in Nigeria. He had the foresight of uploading some of the comedy skits of his shows on youtube.com and it has been paying in spades. His channels was created in 2009 and he has about 650,000 subscribers. His estimated monthly earning on the channel is about $50, 000 monthly. It has about 113, 504, 924 views and counting. He has uploaded 916 videos.

He refers himself as number one fine boy “agbero” (a local name for a street tout). He has been cracking ribs for some time on Instagram before he created his youtube.com channel. The channel has been growing very fast ever since. He has his own unique comedy style which is centres around himself as an agbero and a fake police officer. He has a twisted definition of everything. His channel currently boasts of 458, 000 subscribers. He currently makes an average of $50, 000 a month and the channel was created just two years ago in 2018. It is the fasting growing channel in Nigeria. It has 337 video uploads and a total view of 75,540,625 and counting.

She created her channel in 2015 and has been growing ever since. She started by talking about make-up and beauty tips. She has now expanded into talking about other lifestyle and other topical issues on her channels. She current boasts of 667,000 subscribers. She earns an average of about $50, 000 monthly on her channel. She has created 421 videos so far. The channel has a total view of 117, 864, 244 and counting.

Eti Frank is a Youtube star based in Abuja and currently has 706, 000 people subscribed to the channel. The channel is estimated to earn over $50,000 monthly. It was created in 2016. She shares various skincare and beauty tips as well as hair growth tips on her channel and it is growing very vast among the yotube.com community. Her video tips also include health care and general well-being. She has uploaded 372 videos so far which has been viewed 92, 312,064 times and counting.

She created Nigeria’s foremost food channel on youtube.com. The channel was created in 2011. Sisi Yemmi has been dishing out recipes of Nigerian and Africa local delicacies and teaching people how to prepare them. The channel is particularly popular among Nigerians in diaspora where they look out for contents regularly. Sisi Yemmi currently has 268,000 subscribers. Her channel earns over $10, 000 monthly. She has uploaded a total of 653 videos and viewed 29, 543,787 times and counting.

She is a medical doctor who studied in Dublin, Ireland and shuttles between Nigeria and that country. A twin, she is the first daughter of the former governor of Imo State, Ikedi Ohakim. She got married to a German, David and uploaded their wedding videos which received a lot of views. Since then, she has been documenting her family journey on youtube.com, including the birth of her children. She currently has 304, 000 subscribers. She earns about $3000 on the channel monthly from 306 videos.  She has 47, 360, 898 views on the channel.

She is another internationally recognized gospel artiste who has deliberately enriched her youtube channel with her musical contents and has become even more popular through the platform. She created the channels in 2013 and has uploaded 40 videos with 166, 033, 991 views. She has 507, 000 subscribers. She currently makes about $20,000 on the channel.