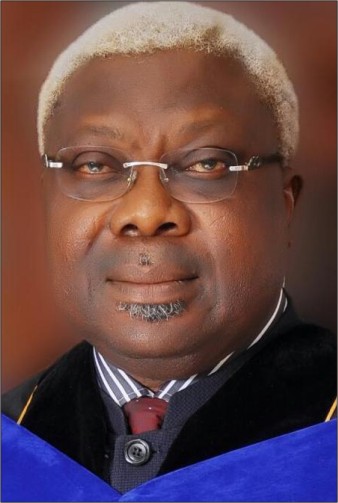 Just as the Principal and Staff of the school are warming up to celebrate the 60th birthday of the school, the old students are also involved.

The Johnians, as they are called have launched the 60th anniversary preparations with a Logo contest. Two Sundays back, the old students of St. John’s Grammar School, launched a logo design competition to flag off events to mark the school’s 60th anniversary. It was a virtual event.

For those who don’t know, let’s tell you that St. John’s Grammar School is a reputable grammar school in Ile-Ife with a rich history that has produced eminent and distinguished Nigerians, who today have made a name for themselves. They have all become celebrities. They are achievers.

St. John’s Grammar School, Oke-Atan, Ile-Ife,  is a school that was set up in 1962. But preparations for the setting up of the school actually began in 1961.

According to available information the Ministry of Education granted the approval  to open a “new Private Secondary Grammar School for Boys” on the 27th  day of September, 1961 via Letter no. EDU/SG. 458/1/22 issued to His Lordship, Right Reverend Bishop O. McCoy, Bishop of Oshogbo Diocese as the Proprietor.

Barely 8 years after opening, the school recorded a 100% sterling performance in the West African School Certificate, GCE, the 1970 graduating set, whose result in the examination was released on the 4th day of June, 1971,  “Eight Division 1, (two of whom got Division 1 Distinction), Twenty Division 2, Fifteen Division 3, No Failure, No GCE. The best ever”.

“We must therefore, in gratitude,” in the words of Reverend Father Fabian Cloutier reproduced hereunder, recognize among others those who made the building of the Alma Mater possible.

“When I accepted to be the Founding Principal, I did not foresee that I will spend 16 academic sessions in St. John’s. I was then told “my reward would be in heaven”. Belonging to a Missionary Society, I was satisfied with this remote expectation. Right from the start however, I realized that I was already being generously rewarded, first by the progress of the Students, secondly by the cooperation of the staff and thirdly, by the support of my Proprietor, The Catholic Mission and of my Board of Governors, Fourthly, by the good name students, staff and parents have built up together for the school, finally, by the gratitude and the affection of the Old students for their Alma Mater”.

“The success of a school is often attributed to its Principal. If I have achieved any success, I owe it first of all to Almighty God for His protection, guidance and blessings. Secondly to all those mentioned above. A thousand thanks to them all”.

At this stage, we should like to put on record the outstanding contributions of

Messrs. G A. Adeniran (the Proprietor’s Representative) and A. Adeyombo who were active members of the Board of Governors from its very first meeting on 3rd December 1964 to January 1977.

Rev. Brother J. Mooney, who not only drafted the plans of the main Classroom Block, the Science Block and the First Staff House but also executed them.

Rev. Fr. C. Roy who established Y.C.S. on a firm foundation in this school. He also planned the Sports Field and organized its leveling and marking as well as built the the grand stand and supervised the building of the Assembly Hall.

Rev. Brothers J. Mullen and Wolfang who at one time or the other advised us and supervised building work.

Mr. T Adebamiro, who with his team of Carpenters has so far put on the Roof of all existing buildings in the School compound.

Mr. Peter Daramola, the Head Bricklayer who has to his credit the building of the Administrative block first floor, Two Staff Houses, The Second Classroom block, the Dining Hall, the Vice Principal’s House, the new Biology Laboratory and The Principal’s House.

A.T. Aremu, who as a Teacher and as Vice Principal singled himself out by his maturity, tact, human understanding, competence, his sense of Leadership and of discipline thereby making a deep and lasting impression on the students, Staff and Parents.

The old students set up an Association a few years back with Chief Sunday Abimbola Bolaji as Protem Chairman, Chief Segun Owolade as Protem Publicity Secretary, and Gabriel Osoba as Protem Secretary.