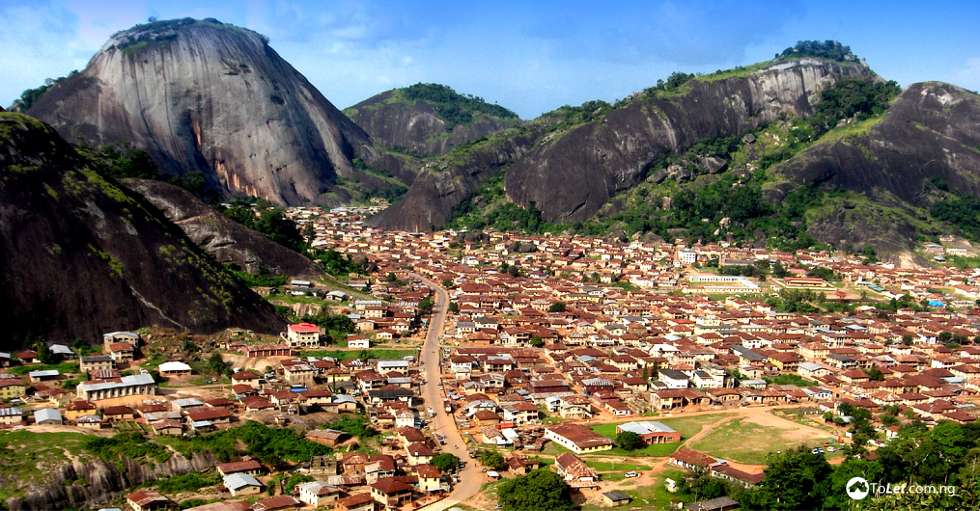 Now that the election primaries are over and candidates for various elective positions in the different political parties have emerged, there is need to assess chances of candidates for Ondo Central Senatorial district in APC, ZLP, PDP, DA, and ADC. The incumbent Senator, Donald Omotayo Alasoadura, is the candidate of the All Progressives Congress (APC). Honourable Henry Adeoye is a Democratic Alternative (DA) candidate for Ondo Central senatorial district. Former Senator Gbenga Ogunniya is the candidate of African Democratic Congress (ADC), while former Commissioner for Works, Engr. Gboye Adegbenro, is flying the flag of Zenith Labour Party (ZLP) as former Senator Ayo Akinyelure is the candidate of the Peoples Democratic Party (PDP) in the 2019 general elections.

The battle for the soul of Ondo Central Senatorial District is to be shaped and determined by certain underlining factors that would either make or mar political chances of the candidates. City People unfolds the backgrounds of the leading senatorial candidates,  their experiences and their likely performances at the polls.

Ondo central senatorial district comprises 6 local government areas: Akure South, Akure North, Ifedore, Idanre, Ondo East and Ondo West local governments areas.  Out of these local government councils, only three have produced representatives in the Senate. For good 12 years (1999 to 2011) Senator Gbenga Ogunniya represented the good people of Ondo central senatorial district in the Upper Chamber of the National Assembly in Abuja. And in 2011 Senator Gbenga Ogunniya lost the seat to Senator Ayo Akinyelure, who served for 4 years before losing the seat in 2015 to the incumbent Senator Tayo Alasoadura till date.

One of the fresh senatorial candidates for the central is Engr. Gboye Adegbenro, who has no experience in the Upper Chamber of the National Assembly, but he was the Ondo State Commissioner for Works for 6 years. It would also be noted that the Ondo central senatorial election would be determined by a former Governor, Dr. Olusegun Mimiko, the APC State chairman, Engr. Ade Adetimehin and the PDP state chairman.

Honourable Henry Adeoye is the youngest of all the candidates so far. He joined politics in 2003 with the then Alliance for Democracy and he was the youth secretary in ward 6. He left the party in 2007 and joined Labour Party after which he was silence in politics to face private life until 2018 when he comes out again to support and promote not too young Act.

He now clinches Democratic Alternative (DA) ticket and he is the party candidate in Ondo central.

Engr. Clement Foboyede before the popularity of parties would be put to test. Aside from the fact that the candidates would have a strong hold on their local government area, the influence of Mimiko would go a long way for Mimiko party’s candidate as he will ensure that the votes of Ondo West and Ondo East go to his candidate, Engr. Gboye, the ZLP candidate, while they struggle for other local government.

On the part of Engr. Adetimehin, who hails from Idanre local government, same local government of PDP senatorial candidate, it would be a tough battle as the APC’s  Chairman would do everything to deliver the federal constituency for his party, while the PDP’s Chairman, who hails from Igbara Oke in Ifedore local government area, would do everything possible for his party to return to the Senate to strengthen the party for the next governorship elections. Below are the chances of 4 major political parties for the 2019 general elections in Ondo central senatorial election.

Senator Akinyelure was born 62 years ago in Idanre Local Government Area of Ondo State. He is an accountant-turned-politician and the PDP’s candidate for the 2019 election and would be counting on his experience, performance, and goodwill to clinch victory in the election. He was the PDP’s candidate for the 2015 election. He had represented Ondo Central Senatorial district between 2011 and 2015 on the platform of Labour Party.  Allover as fondly called was then the Senate Committee Chairman for Public Petitions. His good performance and quality representation in the Senate. A good number of his constituents were given employment opportunities, while some were offered all manner of empowerments by Allover. It would be recalled that he contested the same position in 2007 on the same platform Labour Party, but lost to Senator Gbenga Ogunniya of the PDP.

He won the race in 2011 based on his popularity and with the influence of the immediate past governor of Ondo State, Dr. Olusegun Mimiko. His bid to return to the Senate in 2015 made him decamped to PDP in 2014 alongside the then Governor Mimiko, but the political calculation backfired as he was defeated by the incumbent Senator Tayo Alasoadura of APC. One of the reasons he lost then was that he has no political structure of his own as he was riding on Mimiko’s structure. Again, many don’t see him as a home-based politician not to talk of being a grassroots politician and despite his empowerment and employment opportunities; he was not too connected to the electorate.

The change mantra of the APC and the effects of Buhari tsunami that took the nation’s political firmament by storm played a key role. Now, it would be extremely difficult for him to defeat Alasoadura in his stronghold of Akure North and Akure South local government areas. But which every way.  it goes all over will be contesting with the incumbent senator, Chief Tayo Alasoadura and Senator Gbenga Ogunniya again and this time around, he would be proving to them that he now knows what it takes to win the election without any political godfather.

He is the youth leader of Ekimogun Rebirth Organization (ERO), also the chairman of Igbindo Progressive Union (IPU). He has records of impeccable philanthropic history and social crusade in the interest of the youth. He is also popular for his tireless advocacy for youth inclusion in politics and economic growth.

Honorable Adeoye had carried out several community-based projects in the heart of Ondo Central Constituency and has turned several lives around.

Henry Adeoye contributed to state development in the area of Agriculture and Sport. In 2012,  he contacted the great assembly of European Union to support the state farmers with soft loans and is request fall under European commissioner NEVIN MIMICA who was in charge of international cooperation and development.  In the same year, he contacted FAO, a united nation arm in Italy and he was later referred to the country representative in Abuja.  Also, he contacted the government of Lichtenstein through the minister of Agriculture, Rennate Messner but Nigeria is not on the list in that year, he later proceeded to Canada to contact OMAFRA on behalf of the state farmers. At one point or the other, he has always wanted a good life for Ondo state farmers and Nigeria at large. He is happily married with kids.

Senator Omotayo Alasoadura is the incumbent senator, representing Ondo Central senatorial district. He is the Senate Committee Chairman on Petroleum Downstream sector. He is the APC’s candidate for the 2019 election, as he had won his second term ticket. Alsah as fondly called was born 69 years ago and he hails from Akure North local government. He was a former Commissioner for Finance and has done very well in the private sector before venturing into politics. Alasoadura was fortunate to have won the 2015 election on account of Buhari’s popularity. But credit must be given to him for quality representation and good performance since he became a senator.

He has made an impact on the lives of his constituents as well as Ondo central senatorial district as a whole. Hardly would one of the local government council out of the 6 claims not to feel the impact of his projects and empowerment. But despite his good performance, Alasoadura has a tough fight ahead of him in his bid to return to the Senate. The perceived non-performance of his party at the state and federal levels may work against his reelection. The Buhari popularity on which he rode to victory in 2015 has also diminished substantially.

More so, general perception within the state is that APC under Governor Akeredolu has performed below expectation may further make the candidature of Alash unattractive to the electorate. He would be on the battlefield again with Senator Ayo Akinyelure and the ZLP candidate, Gboye Adegbenro, who will ride on the goodwill of the former governor and ZLP presidential candidate, Dr. Olusegun Mimiko, to win and don’t forget that Senator Gbenga Ogunniya is also in the race.

Gbenga Oguniya remains the longest-serving senator from Ondo Central Senatorial District and Ondo State as a whole. He is 69 years old and hails from Ondo West local government area. ‘Epe Ray’ as he is popularly known in the political circle was elected into the Senate for the first time in 1999 on the platform of the Alliance for Democracy (AD). He later defected to the PDP and got elected back to back in 2003 and 2007  respectively.

Ogunniya was the Senate Committee Chairman on Police Affairs from 2007 to 2011 but failed to make an impact on the lives of his constituents.  Ogunniya is contesting on the platform of a party that is relatively new in the state, but the question is does he really has that political structure across the 6 local government areas that make up the senatorial district having lost out since 2011. Recall that since he lost the seat in 2011 to Senator Akinyelure, it was regarded an end of his political career because much was not heard from him or his political involvement until recently.

Winning the Ondo central senatorial ticket requires home-based support to latch onto for victory in the general elections. Again, politics is far from what it used to be back then, as people want to see your performances and know what you have in stock for them as you go to represent them. The 2019 general elections may, after all, be a political excursion for Ogunniya if the permutations and underlining factors against him remain unchanged before February. Come 2019, he is the Ondo Central Senatorial Candidate for African Democratic Congress (ADC).

One of the newest political parties in Nigeria is the Zenith political party (ZLP), which was founded by a former Ondo state governor and the presidential candidate for ZLP, His Excellency, Dr. Olusegun Mimiko. Engr. Gboye Adegenro is the Ondo Central Senatorial District candidate come 2019. This urbane engineer is from Ifedore local government and he is 47 years old. As a matter of fact, he is the youngest of all the senatorial candidates in the central district battling for the seat. Gboye is highly cerebral and could hold his own anywhere in his engineering profession.

He has recorded some degree of success in private practice as an engineer and still doing well till date. These were the factors that paved way for his appointment as an aide to former Governor Mimiko before he later becomes the State Commissioner for Works and served in the capacity for six years. Gboye boasts of very impressive resumes in addition to being the youngest fellow of the Nigerian Society of Engineers (NSE) among many other laudable professional achievements. His relatively youthful age should be a factor that will help secure votes of youths across the six local government areas of Ondo central senatorial district.

The dossier of excellence he parades is also expected to make him easily marketable to the electorate. The Mimiko’s factor is expected to help deliver Ondo East and Ondo West local government areas to Gboye in the 2019 election. Also, the increasing goodwill of performance enjoyed by Mimiko in Ondo central senatorial district compared to the glaring below average performance of Governor Akeredolu is expected to help Gboye corner some vital votes in Akure.