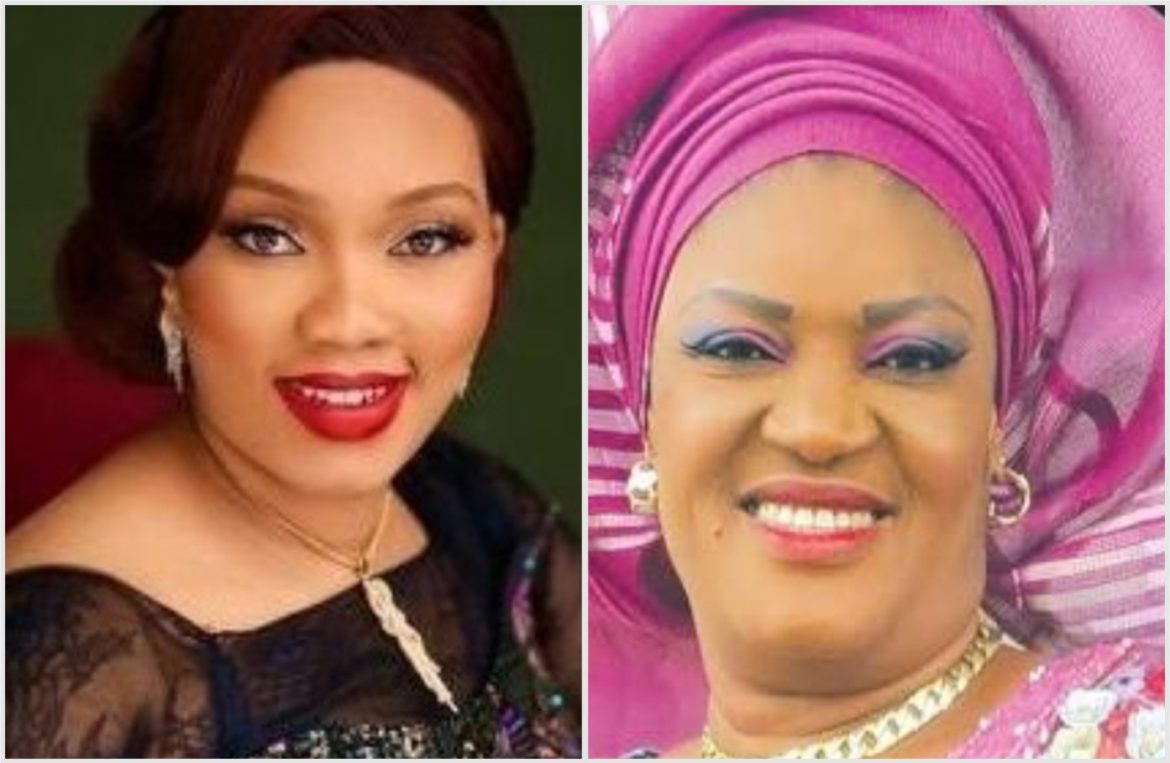 These first ladies were hardly ever in the public glare before their husbands became governors of their respective states. Now, however, they are always standing by their husbands and contributing their quotas, making life better for the people.

They are not just wives of wealthy men, but they also call the shot in their respective spaces. They are highly successful, highly educated and their appearances depict the status of super-rich men’s wives who control their states. There are 5 South-East First Ladies who are touring around their communities with their various pet projects. They are beautiful, stylish and are the cynosure of all eyes when they appear at social or corporate events in their luxury automobiles. They are also rich Igbo women who make party tick.

Chief (Mrs.) Ebelechukwu Obiano was born in Onitsha in Anambra State. She hails from Ogbunike in Oyi LGA and is married to the Governor of Anambra State, Chief Willie Obiano, from Aguleri in Anambra East LGA of the state that is referred to as Light of the Nation. She attended Lagos Premier Day School in Lagos State and Okija Community Secondary School in Anambra State, where she obtained General Certificate of Education (GCE). She was admitted into the University of Lagos where she earned a Diploma in Mass Communication. She followed it up with a Degree in History and International Studies from Lagos State University (LASU). She later obtained an Associate Degree in Real Estate from Lone Star College, Houston, Texas, United States of America (USA).

She had other training in Human and Material Management in Nigeria, Europe and the USA.Chief (Mrs.) Obiano has since graduation worked in many reputable institutions and corporate organisations, holding sensitive positions in the course of her career. Between November 1991 and May 2010 she worked in various capacities in the National Petroleum Investment and Management Services (NAPIMS), one of the eleven subsidiaries of Nigerian National Petroleum Corporation (NNPC) as a Catering Supervisor, Corporate Procurement Officer and finally the Welfare Officer. She had on several occasions represented NAPIMS as material officer in France, USA and UK on Bonga Field Development Project of SPDC.

Before her husband took office as Governor, the First Lady of Anambra State, Chief (Mrs.) Obiano, had always been involved in charity programmes and helping the less privileged. She undertook church welfare projects and was a marriage counsellor among other humanitarian endeavours, hence it is no surprise that as wife of the governor, she set up an active NGO, the Caring Family Enhancement Initiative (CAFÉ) in August in 2014. As the founder and promoter of CAFÉ, Chief (Mrs.) Obiano is able to fulfil her life-long passion of touching many lives, while the NGO also became a platform to support the governor in delivering good governance to Ndi-Anambra. Since its inception, CAFÉ has lived up to its aims & objectives and has sustained its vision of becoming a beacon of sustainable empowerment for women and the less privileged within Anambra State and beyond. CAFE’s focus is on improving the fortunes of all members of the family by providing succour to the less privileged.

Through CAFÉ, she has set a new paradigm for helping the needy through the various projects and programmes she has accomplished. These include CAFE Housing for Indigent Widows, which has seen built 10 prototype 2-bedroom bungalow and handed them free to beneficiaries across the three Senatorial Districts of Anambra State. In the same vein, she is steadfastly constructing CAFÉ Market Toilets in rural markets to promote hygiene in rural communities. Also, Mrs. Obiano has trained and empowered over two thousand, five hundred indigent widows, women and youths in various skills under CAFÉ Skills Acquisition Training Programme. These include Hair Dressing and Beauty Therapy, Fashion Designing, Soap Making, Cake Baking and Confectionery, Telephone Repairing, and Community Health Services. The beneficiaries were supported with equipment and start-up stipend. She equally made possible free prosthetic limbs to over a thousand physically challenged and donated free wheelchairs to many more. She also facilitated free surgeries for 30 children with congenital abnormality of cleft lips and cleft palates and sponsored the care, treatment and discharge of forty mentally challenged persons at a Home she setup in Nteje among other intervention measures.

Nkechi Caroline Ikpeazu (née Nwakanma) is the wife of the Governor of Abia State. She was born on September 1, 1965, in Ile-Ife. She hails from Ohanze Isiaha in Obingwa LGA of Abia State. She attended Community Primary School, Ohanze; Girls High School, Aba; Teacher Training College, Ihie; Alvan Ikoku College of Education, Owerri; Enugu State University of Science and Technology Enugu; University of Nigeria, Nsukka; and the National Open University of Nigeria. She possesses an NCE in Business Studies, a Bachelor’s degree in Cooperatives and Rural Development, a post-graduate Diploma in Management and a Master’s degree in Management. She has completed a doctorate programme at the Abia State University, Uturu.

Nkechi has worked as a teacher, an accounts executive with Camway Ventures, Lagos. A 10-year stint as a banker with Lobi Bank and as a Registrar of Cooperatives with Abia State Government. Nkechi is a sports promoter and the major backer of the women football premier league club side, Abia Angels FC]. Through her NGO, the Vicar Hope Foundation, VHF, she has built several homes for indigent persons. The VHF is also involved in providing better healthcare for mother and child, battling cancer, diabetes, and sickle cell. VHF is currently building a sickle cell hospital/cancer diagnosis and treatment centre in Umuahia. Married to the current Governor of Abia State, Dr. Okezie Ikpeazu, who hails from Umuobiakwa, Obingwa LGA. Together, they have two boys and two girls. Ikpeazu is a Deaconess of the Seventh Day Adventist Church.

While standing beside and backing her husband as ‘the Rock of Gibraltar’, Her Excellency is not lacking in the soothing balm that calms the nerves when tensions are high. Many who know her understand that her milk of compassion for the vulnerable keeps flowing from one Senatorial District in Enugu State to another. In fact, while launching Ugo Touch of Life Foundation (U-TOLF) in April 2017, she said, “Learn to be compassionate to one another to attract the blessings of the Lord. Your time is enough for us to touch somebody’s life. All hands must be on deck to move Enugu State forward. Let us start working together; It is important to touch the lives of our people, especially the vulnerable ones.” It takes a touched heart to reach out to the stretched hands of the needy. Just like the husband, who believes, not in propaganda-governance, but rather touching lives of the very downtrodden in the society, Monica Ugwuanyi has been building on the pet-project (U-TOLF Foundation); through medical outreach to nooks and crannies of the state.

She has demonstrated that, truly, compassion, if transmitted in form of medical facilities, would improve on the health of the citizens, especially those living in the rural areas. The U-TOLF’s healthcare programme has provided free cervical and breast cancer screening, enlightenment, and treatment to thousands of women, while men are provided with free prostate cancer screening and care. U-TOLF has provided free-eye screening and treatment as well as free de-worming of thousands of school children in rural areas. The foundation also builds sickbay and carries out other health campaigns, such as hygiene to promote health in rural schools.

Further research shows that Mrs. Ugwuanyi, has through the same pet-project offered scholarships to indigent citizens, ensured that orphans and children of the poor do not miss out on primary and secondary education programmes. Impressively, those covered by this scholarship scheme are cared for up to their uniforms, sandals, books and writing materials throughout their junior and senior secondary education programme. Her fond for women economical empowerment made her to provide free vocational training for women, but also made her to personally hand them the requisite facilities to start up their businesses. Farm inputs, such as fertiliser, are also distributed to women in rural areas every farming season.

The amiable wife of the governor also understands the vital role of women in housekeeping. Therefore, she personally takes it upon herself to enlighten women on home management, household hygiene, clean cooking, and among others. She is also the pathfinder of Enugu State Women Prayer Network. She has not only been mobilising Enugu women to pray, she also puts structures in place to minister to the educational, health, and economic needs of the less privileged in the state. Today, the results are endearing: Enugu State has been variously rated one of the most peaceful and secured states in Nigeria.

From all indications, the tall, fair-skinned and beautiful wife of Ebonyi State Governor, David Umahi, Rachel, appears to have added the art of philanthropy to her growing list of vocations at the moment. The ever-smiling woman, whose philanthropic strides have brought succour to many towns and villages through her Family Succour and Upliftment Foundation, has vowed to do more of giving than receiving. She is the pretty wife of Ebonyi Governor, H.E Lawrence Umahi.

Rachel’s act of giving to society has become a routine, as she is passionate about improving on the lives of the masses through her initiative, which since years ago, has given clothes and shelters to widows in the state. The Wife of the Ebonyi State Governor, Mrs. Rachel Umahi, has launched her pet project code-named: “Succour and Upliftment programme” aimed at uplifting the downtrodden in the state.

The pet project has four thematic areas, bordering on health, education, economic empowerment for women and youths, as well as women liberation.

A mother of seven, she was ordained a deaconess by the Christ Embassy Church in July 2016.

In the wake of the heated debate over the apex court’s ruling and the swearing-in of Hope Uzodinma, the governor of Imo State, Chioma, his wife, became the state’s First Lady.

Chioma Uzodinma has become the First Lady of Imo State. following the swearing-in of her husband, Senator Hope Uzodinma, as the governor of the state. She is a young law graduate of Imo State University, who is in her early 30s.

At 30, she is considered the “youngest of her kind in the history of the country”.

The Imo-born woman was raised by her parents alongside her siblings, having hailed from Ideato local government area of Imo State. Known as Chioma Ikeaka before walking down the aisle, she had undergone her secondary education at the Dority International Secondary School, Aba. After having lived in Aba for years, Chioma had proceeded to the Imo State University as a law student and, thereafter, finished from the Nigerian Law School in Abuja.

It was during her stay in the Law School that she reportedly met Uzodinma, who represented Imo-West senatorial zone at the 8th Assembly. As the romance blossomed, the duo eventually tied the nuptial knot in 2015. Her marriage to the governor has so far been blessed with three children.

Chioma has since been widely talked about ever since her husband’s Supreme Court victory, with many calling on her to ensure execution of life-changing projects which she has been doing.

READ ALSO: EDO POLL: HOSA OKUNBO EMBRACES THE WILL OF THE PEOPLE

Edo Poll: Hosa Okunbo Embraces The Will of The People