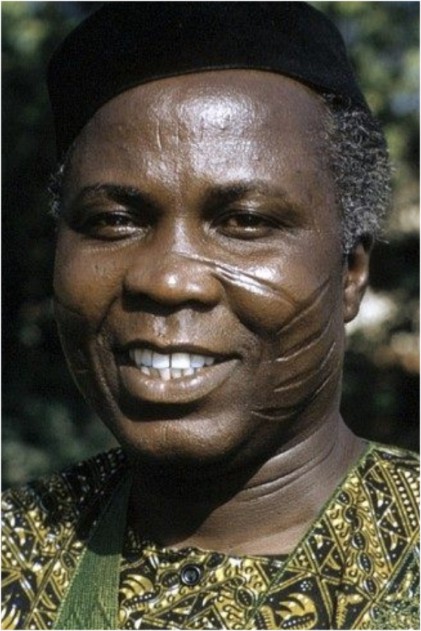 Action Group was a political party led by the late Chief Obafemi Awolowo. It was a political party that was set up in Owo in the present-day Ondo State. A former governor of Ondo State the late Pa Michael Ajasin was at the inaugural meeting on April 28, 1951. It was after the inauguration in Owo that the leaders moved down to Ibadan, the capital of the defunct Western region for formal launching and unveiling of its agenda as Nigeria’s march towards independence gathered momentum.  The party at the launch called on Britain to expedite her exit from Nigeria. At its inception, there was no political party that could exclusively claim to represent the Yoruba interests. Colonial-era in Nigeria was marked by cultural associations many of them metamorphosing to political parties and the Action Group was not an exemption. The Northern People’s Congress (NPC)  was also a bye product of the Arewa cultural association. It was led by Sir Ahmadu Bello, the Sadauna of Sokoto.

Action Group, ab initio,  was the political wing of Egbe Omo Oduduwa, a cultural association, that was committed to protecting and promoting Yoruba culture and interests. The Egbe was launched in 1948 in Ile-Ife. Adeyemo  Alakija, who was then the President of the Nigerian Youth Movement (NYM), was elected president of the new cultural association, while the motivator and mobiliser, the Late Chief Obafemi Awolowo, was the secretary-General. The launch of Egbe Omo Oduduwa, within a short time quickly became a threat to the National  Convention of Nigeria and Cameroun (NCNC) that earlier had the political field in the Western region to itself without any threat from any quarters. The popularity of the NCNC in the Western region. It was not unconnected with the influence of the maiden leader of the party, Herbert  Macaulay. He was a Yoruba man and the national leader of the NCNC, while the Late Nnamdi Azikiwe was the General Secretary of the party.

The death of Macaulay gave Azikiwe an opportunity to become the leader of the NCNC  and it appeared to the discerning members of the party that the interest of Yoruba was being relegated. Earlier, NCNC could be described as a national party that boasted of members across the nation. This means that it had a  pan-Nigeria agenda. That was one of the reasons that made the party very popular among traditional rulers and Chiefs in Yorubaland and, of course, Macaulay’s influence. The popularity of the NCNC under the leadership of Macaulay, a son of the late Bishop Ajayi Crowder, was not unconnected with the fact that Herbert was a Yoruba who, it was believed would, undoubtedly, protect and promote Yoruba interests. Macaulay’s father, it would be recalled was the first African bishop and the man who translated Bible into the Yoruba language.

Christianity was fast spread among the Yoruba at the time and the Anglican missions had large followership. It was, therefore,  easy to trace the popularity of Macaulay to the influence of his father,  Bishop Ajayi Crowder among Christians. That, of course, was besides Macaulay’s ability to rouse Nigerians to support a crusade for the independence of the country that would send the Britons packing.  After the change of leadership in the NCNC, members who were Yoruba suspected that the party had embraced a new parochial agenda that relegated the earlier plan Nigeria’s cause. It was, therefore, not a surprise that the cause of the Yoruba was also adversely affected. The fear that the then-new leader of the NCNC may harness the popularity of the NCNC among Yoruba to promote other interests that may not favour the  Western region people made Chief Awolowo and other stalwarts of the Action Group that was in its formative stage to go for a new political party that would champion the cause of Western region’s people. This did not go down well with the leadership of the NCNC, who observed that the ranks of the party were dwindling. They raised an alarm that Egbe Omo Oduduwa was more than a cultural association. They insinuated that it would be a political disaster if a cultural association was allowed to play politics. As reparation for their losses to the Egbe Omo Oduduwa’s exploit on the political terrain and to stem the flood defectors not to become a deluge, Yoruba who were members of the NCNC were encouraged and induced to form a cultural association. Thus, Yoruba Federal Union was formed to counter the prodigious influence that Egbe Omo Oduduwa had succeeded to weave among chiefs and traditional rulers in Yorubaland. NCNC members openly accused Egbe Omo Oduduwa of unconstitutional involvement in politics and politicking. They insisted that only political parties could play politics and contest elections. Macpherson Constitution that set rules and guidelines for the then imminent elections in 1952 that would usher in the legislators and produce the leader of government business because of the alarm raised by the NCNC did not leave any room for cultural associations’ participation.

The leaders of the Egbe Omo Oduduwa too were not unaware of the implication of the new constitution as it could block them from participating in the elections if a  political party was not launched to fight it out with the NCNC at the polls. That was why Action Group was unveiled. Without fear of contradiction, Action Group was the political wing of Egbe Omo Oduduwa. The party was launched for a pan-Yoruba agenda. Among its objectives were stopping the NCNC from forming a government in the Western region and thereby control the Western region affairs.  It was to be a mobilization vehicle to prevent the Azikiwe’s Igbo agenda of becoming the first premier of the Western region.    It was targeted at waking up the people’s consciousness on how to reap the greatest benefits the world’s economy offered then through mass education that would prepare people for a higher level of productivity with its attendant benefits. Besides, it was also to prepare the West, in cooperation with other parts of the nation,  to effectively participate in the struggle that would lead to the independence of the country. Thus earning  freedom for Nigeria The executive members who ran the party from inception were: The late Chief Awolowo, Chairman; late Anthony Enahoro and late Bola Ige,  secretary-general; late Chief Ladoke Akintola, legal adviser and deputy leader, the late  Samuel T.Oredein, the principal organizing secretary’ Others were: Mr S. O. Shonibare, Chief Abiodun Akerele, Mr. Olatunji Dosumu, Mr. J. O, Adigun, Mr Adeyiga Adesanya and Ayo Akinsanya

Action Group went ahead and contested the 1952 legislative house election and won. That was how Awolowo became the leader of government business in the Western region.