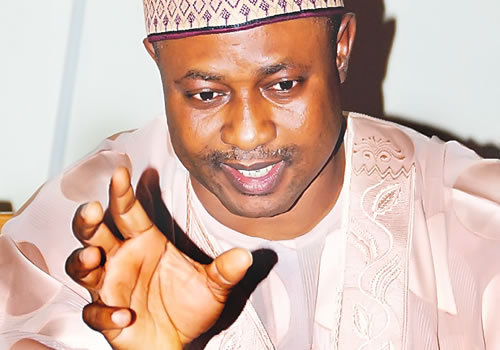 Mallam Uba Sani is the Special Adviser (SA) Political or the political strategist to Governor Nasir El-Rufai of Kaduna State, a position he has held for about two years now. Uba Sani is not just close to Gov El-Rufai, Uba is a member of the “Kitchen Cabinet” of the Governor. He has the ears of the governor. He is among the first three who the Governor listens to when it comes to issues that affect the state.

Meeting Uba Sani for the first time, this easygoing politician  was willing to engage you in any topic that affects the state, or his boss.

In an encounter with City People recently, Uba is not new to the corridors of power. He once served as S.S. A Public Communication to President Obasanjo, explained that he wished people will appreciate the efforts of Governor El-Rufai in trying to make “Kaduna great again”, His remark came on the heels of criticisms of some actions of the Governor Uba said, as the political adviser to the governor he will not get tired of explaining to people the actions and policies of the state government claiming they are in the best interest of the people and the state.

“The Governor cannot be swayed by any form or shade of sentiment in implementing what he thinks is in the best interest of the state”. Commenting on the recent handling and comments made by the Governor on the killings in Southern Kaduna, Uba noted that Governor El-rufai is pained by the violence and is doing all he can to bring an end to the crisis, “El-Rufai will never betray the people of Southern Kaduna or the state after all they voted him into power, people who do not mean well keep orchestrating negative stories about the Governor”.

Uba, who many people regards a key player in the governance of the state, said he had been in politics for many years. He recalled that he had contested a senatorial seat in 2011 on the platform of the PDP  but lost. He said the state Government is taking serious measures to avert ethnic or religious conflicts in the state, by putting in place preventive measures. He said every Nigerian has a right to live in any part of the country. “The Governor has repeatedly said we are all Nigerians, “It is also God who created us all, and willed that we should belong to different faiths or religions, “Uba said.

He told City People that the ongoing crisis in Southern Kaduna is giving the State Government sleepless nights as to how best to tackle the situation. “These incidents are very unfortunate and extremely condemnable, but these are a result of inherited problems that are steeped in the failure of the past successive administrations in the state to decisively punish impunity and lawlessness. He said since 1980, Kaduna State had witnessed 12 major ethnic/religious conflicts. Each time a crisis occurs the State Government set up a commission or panel of inquiry to find out what happened and suggests recommendations to forstall future occurence, unfortunately no sitting Government has fully implemented any of the panel’s Governor has observed. He said the present crisis was a direct fall-out of the failure of previous administrations to decisively tackle security issues when they occur.

Uba Sani, who has a honorary doctorate degree from the Island University, Belize City UK, said he would continue to make sure the Government of the day succeed and continue to work hard to fulfill our campaign promises to the people. “There is much work to be done by the State Government” and we would not rest on our oars”, he promised .