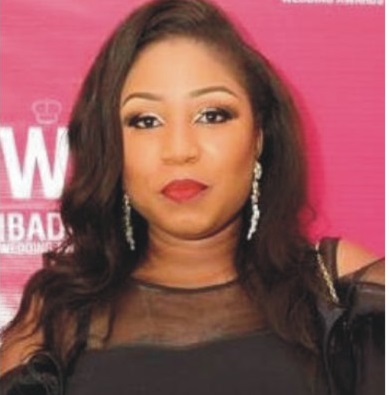 •Why OTENIARA ADELEGAN Is Making Waves

The city of Ibadan is another social hub that ranks very close to Lagos when it comes to social activities. These days in Ibadan, it’s not uncommon to find several parts of the City bubbling with parties and social activities every single weekend.
It is also majorly known to have hosted major celebrity events from weddings to birthdays and other parties.

One thing you cant take away from most women is how they dress to parties and no wonder you will see them trooping to various make up artists to beautify their faces. One of the busiest make up artists in Ibadan is Teniola Adelegan popularly known by the brand name , Oteniara make overs.

She has become one of the most sought after make up artists in recent times. Infact you have to book her early enough before you could get a free date from her.Teni has masterminded her craft so well and her unique way of blending colours are one of the sterling qualities that set her apart from others.

Her studio is always full of activities on weekends as many celebs practically queue for their make up to be done. He studio is situated at Taiwo House, Total Garden, Ibadan.The award winning make up artist whose major goal in life is to have a make up line and to be recognised as an international make up artist started her career close to a decade ago and ahe has not relented on her oars.Many celebrity brides have no other make up artist other than Teniola.

She has over hundreds of bridal shoots she has handled and yet the lists keeps growing. When you get to Ibadan,ask anyone around that you need a make up artist, and Teniola’s name will simply be top their list. She has been seen lately making up the faces of brides, Nigerian celebrities and showbiz stars of late.Her latest jobs were with celebrities who rocked at Ibadan society woman, Peju Muraino’s sons wedding and she was also the official wedding make up artist for Adebanke,the pretty wife of popular Nigerian actor, Gabriel Afolayan.

She worked at Ibadan International School,Iyaganku,Ibadan as a teacher for 9 years and it was there she discovered her interest in makeup artistry, she then decided to go for professional training at House of Tara International, Ibadan. She did a two weeks training and got more passionate about the business.

Oteniara Makeovers started officially in the year 2012 and had her first studio at Joke Plaza, Bodija.Since inception,she has trained over 300 students from far and wide.She specializes in Bridal Makeup, gele tying, personal and professional makeup training.Her diligence and great jobs have earned her awards at the Ibadan wedding awards 2017 and 2018 consecutively.