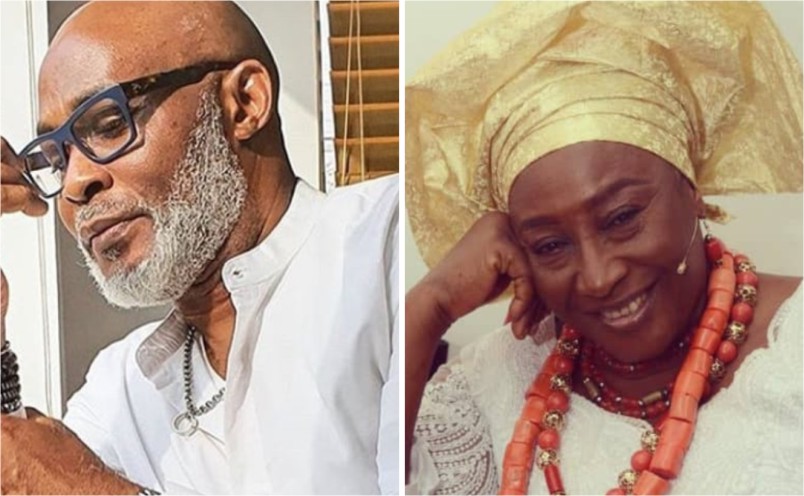 It is often said that broadcasting, presenting and acting are all interwoven. There are lots of highly respected movie stars who started their journey as presenters and broadcasters before joining the movie industry. Though, a few are still very active in both industries, doing what they know how to do best.

Many of these veterans have been in the industry for decades but many don’t know they started up as broadcasters and presenters.

Famous actress and television personality, Rita Edochie was born and bred in Onitsha. She was brought up by her Uncle. She’s married to the legendary Pete Edochie’s brother, Tony Edochie and together they are blessed with 4 children. After her graduation from the University, she got a job as a Radio Presenter at the Anambra State Broadcasting Service before venturing into acting 1997 till date.

Pretty and ageless actress, Ngozi had a thing for art and decided early that she would become a Journalist after secondary school. She went on to study Journalism at the Nigeria Institute of Journalism. She worked with Radio Lagos and Eko FM. She never thought of being an actress but one day she came across Zeb Ejiro, who asked her to be part of the cast of the evergreen movie. Nneka the pretty serpent that was how her journey started.

She started acting at a tender age, after college, she taught for 4 years before delving into broadcasting. She was employed as an announces at Federal Radio Corporation of Nigeria (FRCN) Enugu till its closure, she took part in radio theatres and other media and entertaining activities, after the closure of FRCN. She engaged in petty trading until she met Chika Okpala who offered her a role in a commercial and that launched her into the movie world.

Delectable actress, Gloria made fame as an actress. She studied Journalism, graduating with an associate degree from the El Centro College Dallas Texas. She practised for a while before going into acting. As a Journalist, she worked with Daily Times, Classique Magazine but later left journalism because it wasn’t giving her satisfaction according to her.

She came into prominence in 1992 when she acted in the classical movie titled “Glamour Girls”.

The legendary Pete began his career in the broadcasting corporation at age 20 before joining the movie industry. He came to limelight in the ’80s after playing a lead role “Okonkwo” in a screen adaptation of Chinua Achebe’s, Things Fall Apart. Since then, he had featured in hundreds of movies and has been awarded both locally and internationally. He is regarded as one of Africa’s greatest actors he attended the school of journalism and television in England, after school, he got into broadcasting in 1967. He later left the radio station and join Nollywood because the government decided to politicise the affairs of the radio station.

The ageless and beautiful, Ireti while building her career in the movie industry, ventured into hosting television programs. she hosted shows like Morning Ride on STV, Nimasa. This week on Channels TV. She also became a social commentator and was writing columns for ThisDay newspaper, City People, Saturday Vanguard etc. She is highly respected in the movie industry due to how she excellently interprets her roles in movies.

He started his acting career by performing in the drama club in his high school, later he started reporting for Concord Newspapers, Metro Magazine and the Guardian. In his 30’s he published and sold Nigeria first all gloss magazine for men titled The Mister”, he also featured in a television soap called Ripples. After he graduated from school.

He is an ace broadcaster and a movie veteran who has featured in lots of movies and soap operas. This highly talented man does lots of voice over on radio and television and he is still very active in both industries till date.