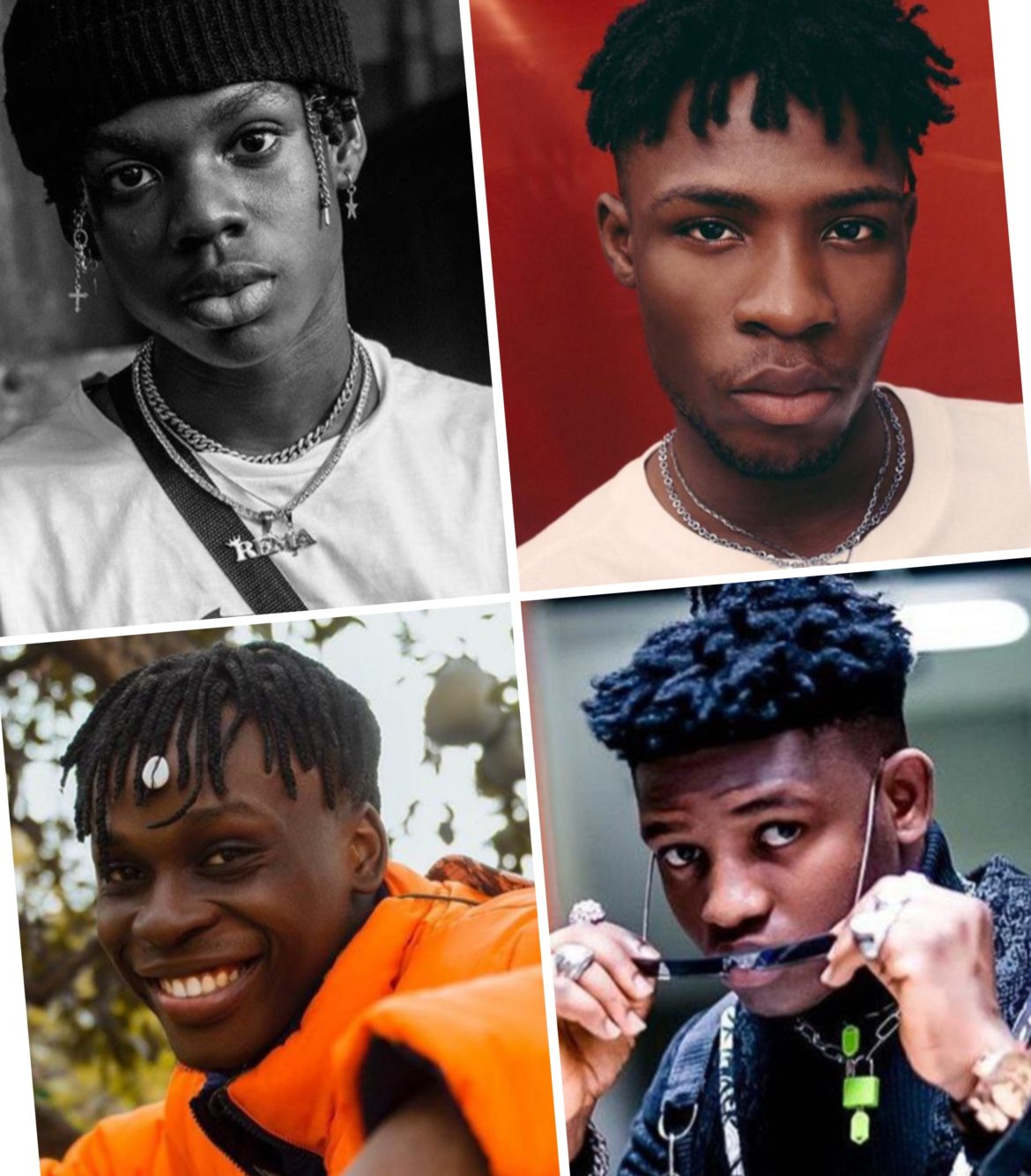 Which among the hottest new artistes are in hot demand right now? We can tell you? There are so many new acts in Nigeria that are doing very well, but then these 4 guys happen to be the ones collecting all the money to play at big concerts and keeping up their game and giving their fans back to back hit songs with no break. They happen to be the most sought after singers, flying from state to state because of the high demand for them. It is no more news that if you are looking for a sold-out concert at least one or two of these artistes have to be on your show just to sell out your tickets and get your show or wedding to be the talk of the town for the rest of the week ahead. These guys are quite young but their music has grown far beyond their age. They have this unique way of thrilling their fans once they get on stage and the ladies always go crazy whenever they see them.  These artistes are not even up to a year in the game but then the level at which they are being demanded is just mouthwatering.

He is popularly known as Rema but his real name is Divine Ikubor. He hails from Benin and was born in 2001. Rema is a fast-rising, Nigeria hip-pop rapper, Afro Pop beat singer, songwriter, entertainer, and recording artist. Rema started his music career in Benin City rapping in local churches and schools at a very tender age. While in school he went on to create his own Live band and not quite long he was discovered by Dprince the CEO of Jonzing World Record and was introduced to the Mavins and he signed a record deal with Mavins Records and Jonzing World Record in late 2018. Rema is currently the biggest thing in Nigeria, he dropped an album with over 5 songs and they are all enjoying massive airplay in and outside the country. These songs are most anticipated songs on the streets and in parties, you can’t walk two streets away without hearing Dumebi, a song that talks about a girl he has always wanted but she never wanted him.

He is better known as Fire Boy, but his real name Adedamola Adefolahan. He hails from Abeokuta, Ogun State. He studied English Language at Obafemi Awolowo University, Ile-Ife, where he was known for his love for music. His style of music is called ‘Simply Afro’ with the blend of country and soul and he describes it in one word as Afro-Life. Fire Boy started singing at a very tender age and didn’t give up his dream. He was discovered by Olamide and was signed into YBNL with no delay and he happens to sound and sing like Adekunle Gold. He recently dropped a single titled, Jealous, which talks about him being addicted to a girl and he gets jealous feeling she’s going out with other guys. Then dropped What If I Say, these songs are gaining massive airplay in and outside the country. He gets called all over just to perform this song and the song he currently dropped is called King.

Joseph Akinfenwa Donus better known as Joeboy is a singer and songwriter who started music at a very tender age and is currently making waves in the music industry with his hit song Baby. This song has enjoyed massive air plays in and out of Nigeria. This song has caused a major buzz online especially on Twitter making all them ladies love it. The song talks about a boy telling his girlfriend he is always available for her if she’s also there for him. Joeboy is surely one of the best new kids on the block. Joeboy came back with another hot jam called Beginning, this particular song nailed it for Joe boy. He is being called from all the 36 states and even outside Nigeria, so many big celebrities love him and always want to have him at their concerts.

Tolulope Ajayi popularly known as T-Classic was born on the 10th Of November, 1997 in Agege, Lagos State, Nigeria where he spent his early years. He hails from Ekiti State and he is the 1st born of four children by his parents. T-Classic is a singer/songwriter/entertainer who decided to pursue music as a career after his secondary education.  He showed an interest in music from an early age, and with the encouragement of those around him, he started to make a few recordings. He started his music career professionally in 2015 after his secondary education, when he came across MixNaija Entertainment CEO. After being signed to MixNaija entertainment, he released his first official single “I Want You” which was produced by Killertunes on May 4, 2017, along with a music video was directed by Director K. He then went ahead to release “Special Girl” under the label name which featured the industry’s “Genius Producer” – Killertunes on a verse and also fast rising act, CNatty. His “Big Break” came when he released “Isabella”, a love-themed song which told a story about an unending love with a video that captured the message perfectly. The song received massive acceptance from fans all around Nigeria and gave T-Classic, a chance to show his talent to the world. He was featured on tours and several shows after the release of the song. As a follow up to his “hit-banger”, He featured the “Mayor Of Lagos” – Mayorkun on another chart-topping song – Fall In Love which further pushed him beyond his previous borders.T-Classic has gone on to feature on several Radio and TV shows as well as perform at various concerts in and outside Lagos. Afterwards, he came out with another banger that caught the whole attention of everyone in and outside the country called NFU nobody fine pass you, a song that so many are crazy about. All parties in Lagos bang this song more them a dozen times before the end of a party.