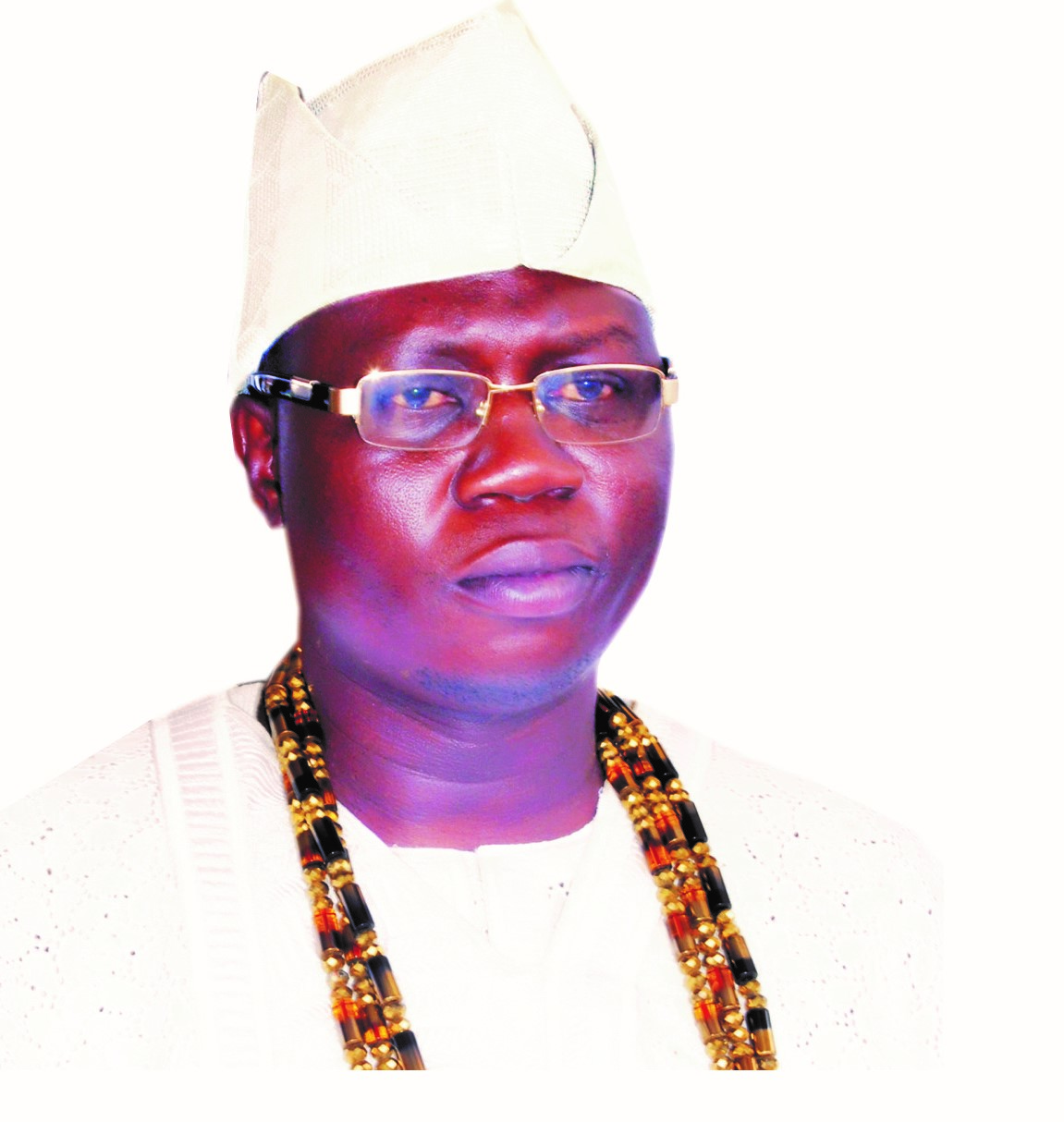 I tremble in awe of God when I look back at what started 25 years ago as a movement for the validation of the June 12, 1993 presidential election won by our own irrepressible Aare Onakakanfo of Yorubaland, the late Bashorun Moshood  Kashimawo Olawale (MKO) Abiola, but which today has blossomed into the proverbial iron tree that, still by the grace of Olodumare, can no longer be uprooted.

From a gathering of just 9 men on August 29, 1994 at no 110, Palm Avenue Street, Mushin, here in Lagos State, the Oodua Peoples Congress has grown into an organisation of over 6 million members spreading not just across the South West States but to all parts of Nigeria.

I recall with nostalgia how my humble self and late Dr. Frederick Fasehun, Evangelist Kunle Adesokan, Silas Alani, Tony Igrube (late), Alhaji Ibrahim Abobanawo (late), Mrs. Idowu Adebowale, Ibrahim Atanda (late) and Olumide Adeniji (late) sat in the law chamber of Opeyemi Bamidele, who was to later become a Commissioner in Lagos State and now senator, to deliberate on the way forward, following the annulment of the freest and fairest election in Nigeria by the Military Junta. This came after several efforts to revalidate the election had failed.

Did we fail or succeed in that assignment?  That question I will leave for Nigerians and the rest of the world to answer. But for me, the key takeaway from the formation of the OPC is that when God has a hand in the affairs of any man or association, no matter the opposition and stumbling blocks, success will be achieved.

We have gone from being an association of a few to a gathering of millions. The OPC is now seen as one of the rallying points for the Yoruba race.

Despite all the evil machinations, we now have a membership of over six million. So also has an offshoot of the OPC, the Oodua Progressive Union, become a force to be reckoned with. The OPU is now in 87 countries globally, with more chapters due to be inaugurated in the days ahead. Indeed, this can only be done by God.

As we return all the thanks to God, so also do we acknowledge the efforts of the founding fathers and mothers of the association, especially the inaugural group that I mentioned earlier.

We must also place on record the salutary roles played by several key Nigerians, especially, those of Yoruba origin, including the late Bashorun Abiola, without whose courage to step into the political arena, the formation of OPC would not have taken place. But for the annulment of that election, OPC won’t be in existence.

I give kudos to all those who fought on the side of justice; all Traditional Rulers in Yorubaland, with specific mention of the Alaafin of Oyo, Iku Baba Yeye, Oba Lamidi Adeyemi; the late Ooni of Ife, Oba Okunade Sijuwade; his successor, Oba Enitan Adeyeye Ogunwusi; the late Alake of Egbaland, Oba Samuel Oyebade Lipede; and the incumbent, Oba Adedotun Aremu Gbadebo.

We must also commend the relentless efforts of some academics who have helped to shape the vision and mission of the group with their contributions to our programmes and conferences.

Our gratitude also goes to the country’s civil society organisations for standing by us through thick and thin. And we won’t forget the Media. Without the support and backing of the men and women of the pen profession, though many of them now operate with their smart devices, we won’t be where we are.

The road to where we are has been rough and tortuous. It has been full of ups and downs. Our founding father, the late Dr. Frederick Fasehun, was in prison for over 25 months over this struggle. I spent 17 months in detention after being declared wanted and in hiding for about 14 months. We lost no fewer than 2,500 members to this struggle.

The journey has not been easy. OPC is, perhaps, the most criticised, most humiliated group in Nigeria. It is one of the groups around the world that sacrificed so much, but was not quickly appreciated.

One of the areas that got people confused the most was where OPC belongs religion-wise.

Some were quick to label all members as traditionalists. But they are wrong. OPC is perhaps the most liberal when it comes to religion. We have adherents of all religions.

This indeed was an advantage for us as we got millions of followers whose focus were the ideals of the organisation and not region.

The issue of security provided by the OPChas also made us the cynosure of all eyes. In the South West, most urban areas, about 60 percent to 70 percent of our streets and communities are being secured by the police with the OPC complementing them.

In the last two months, the police hierarchy has engaged OPC in talks. Several things are cooking. They will unfold in the next six weeks. I must also state that we are in the plan of the six southwest Governors in their move to secure the zone.

Our growth made us the target of the political class, with the elites openly professing hatred for us.

This became more pronounced when we went into offering private security, most times free of charge. We became enemies of the police, government and criminals and modern religious organisations.

We are, however, not saying that the organisation is without blemish. Even among just 12, there was a Judas. So among six million, there will be. No doubt a group with such huge membership will still have a few bad products. But anyone that gets involved in negative things will face the wrath of the law. We have our saying: Eni ba da ile, a ba ile lo. Meaning literally: A betrayer will pay the price.

OPC had differentiated between religion and culture with Olokun Foundation beginning from 2000. 96% of members of OPU are literate.

Let it be restated here that our interest is to defend the Yoruba interest. And we are fanatical about that. This is why we want to use the opportunity of this anniversary to honour those who have been fanatical, like us in OPC, about Yoruba interest.

For example, even if I did not meet him personally, I heard and read about our revered leader, the late Chief Obafemi Awolowo. Pa. Adekunle Ajasin I met, though many here just read about him. Bashorun Abiola’s passion for the Yoruba race was never in doubt until he died. These are the calibre of people we are honouring today. They are the ones who have propelled us in all that we have done so far, with OPC gaining grounds all over the world.

Despite the many battles, OPC is progressing. It has given birth to Olokun Festival Foundation, (OFF) Gani Adams Foundation, Oodua Progressives Union, (OPU) an organisation for Yorubas in Diaspora now in 87 countries.

It is equally on record that most self-determination groups between 2001 and 2012 have traces of OPC membership. That is why we only laugh when people speak ill of OPC because they do not know the potentials we have in-house.

The progress we have recorded so far has shown in the number of recognitions we have received, the highest being my emergence as the Aare Ona Kakanfo of Yorubaland.

In the letter of award by Iku Baba Yeye, Alaafin of Oyo, it was stated that my involvement in the OPC, Olokun Festival Foundation and OPU, which was then in 77 countries, earned me the highest honour and title in Yorubaland, the Aare Ona Kakanfo.

And then I have been asked this question over and over again since we took the decision to celebrate our 25 years of existence: What will the next 25 years hold for the OPC and its numerous offshoots such as the OPU, Gani Adams Foundation and Olokun Festival Foundation?

Without mincing words, let me say categorically: the next few months will determine whether we will remain politically neutral or partisan. Do not forget that what gave birth to the OPC was the struggle for the revalidation of the June 12, 1993 presidential mandate of the late Bashorun Abiola. From there, we went on to demand for a total restructuring of the country.

Till date, that has not been achieved. And, unfortunately, we have not seen any tangible evidence or sign that we are moving in that direction, with all of us knowing that the way the country is presently structured can only bring nothing but disaster.

The most recent minimum irreducible for those who have followed this agitation on restructuring is for the government to implement the recommendations of the National Conference convoked by the Administration of former President Goodluck Ebele Jonathan.

It is in this light that I say that if in the next few months there is no tangible evidence that the country will be restructured, then OPC will become partisan. The details we are still keeping to our chest. But with a membership of over six million, even if it is members of the legislature at the states and federal levels that we are able to produce, we will be in a position to influence what happens in the government at all levels. Time for “siddon look” is over.

OPC has grown from the previous outlook of largely illiterate members who are regarded as backbenchers. About 30 percent of members of the National Coordinating Council (NCC) are graduates. Over 96 percent of OPU members are graduates. So, the future looks great. And we will explore it to the fullest.

Meet The 9 Men Who Set Up OPC In MUSHIN 25Yrs Ago was last modified: September 2nd, 2019 by City People