Meet The New King Of Money, OBI CUBANA & His Boys Shut Down ANAMBRA 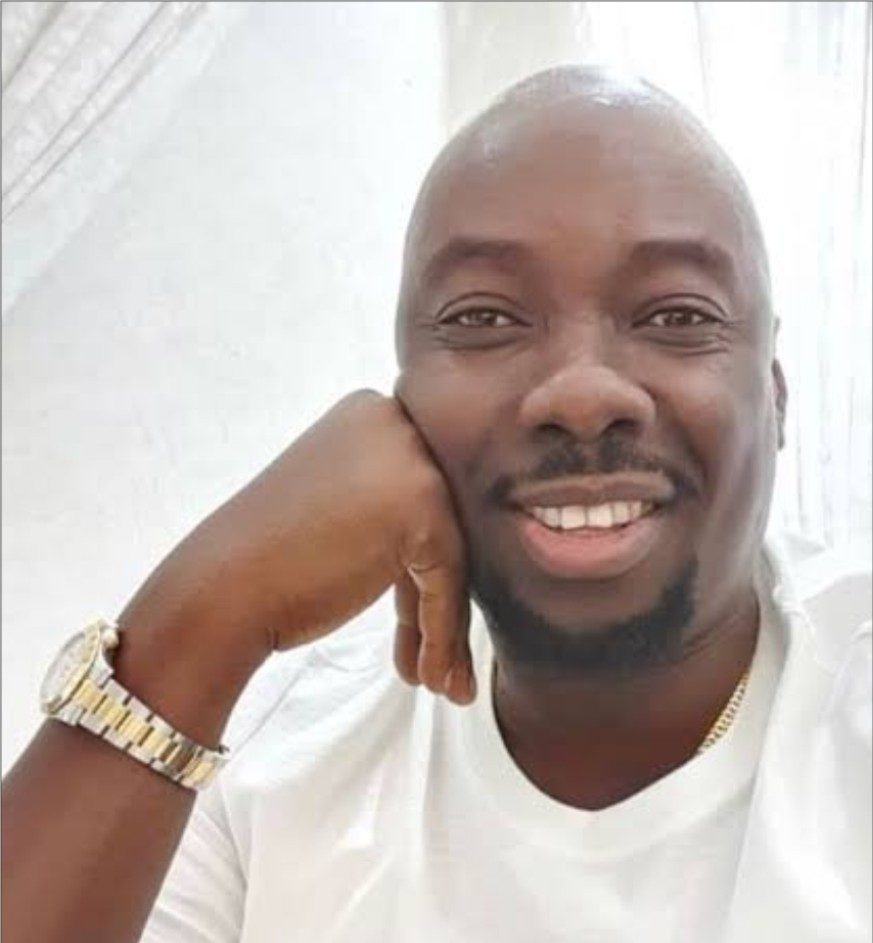 For the past few days, the social media had been on fire, as reports, gists, photos and videos from the burial ceremonies of the mother of this popular nightclub owner, made headline news. Lady Ezinne Uche Iyiegbu (JP) died in December 2020 And to celebrate her passing, Obi Cubana decided to shut down their native Afor Uzo Oba, Anambra State, with a one-in-town series of parties. The first sign of sheer extravagance came when he posted a video where one of his protégés, Cubana Chief Priest, brought in a truck filled with 246 cows! He captioned the video; “246 cows & counting. Who wan chop meat o.”

By Friday, July 16, morning, he had reportedly received about 500 cows. Many avid social media users jocularly called him ‘the herdsman’ as he also received about 700 rams.

But that is not all. A list of donors made the rounds where his friends donated over N200million to support the burial; not that he needed it anyway. Sources at the party said there is a standby truckload of the most expensive Glenfiddich whiskey, while Henessy Paradis, with videos to prove, were being distributed like bottled water. Every known celebrity of Igbo extraction is currently in the pastoral village. Other expensive champagnes flowed like a river.

What made the party make headline news was that several of Obi Cubana’s friends engaged in a competition of who sprayed the most money. To just greet Obi Cubana on arrival, some people resorted to spraying. Others waited until while drinking or marrying before engaging in such a spraying spree. Popular actor, Kanayo O. Kanayo was not left out as he displayed bundles of mint N500 notes in his anteroom and captioned it ‘Ego Amaka’.

Although,  it has been naira rain and other foreign currencies non-stop in Oba for days. It is safe to say that in recent memory, there has not been a gaudier and more outlandish display of obscene extravagance.

The question many have been asking is: Who is Obi Cubana? Described as a self-made millionaire even though there is no record of his hailing from a wealthy home or a transparent trajectory to the wealth in his control; he is a University of Nigeria, Nsukka graduate. He ventured into the nite club business in Abuja about a decade ago and is today the founder/chairman of Cubana Group which owns a chain of nite clubs and restaurants across Nigeria.

His mother Ezinne Uche Iyiegbu died in December 2020. After celebrating her 78th birthday in July 2020. She was survived by 5 children 3 daughters-in-law, 2 sons-in-law and 21 grandchildren.

The 3-day burial ceremony started on Thursday 15th July 2021 with a Service of Songs and Christian Wake-Keep at her residence in Aboji Village Oba in Anambra State. On Friday 16th July 2021, a funeral service was held in her honour at St. Paul’s Anglican Church, Oba while reception took place at Merchants of Light School Field Oba.

The entire Oba and neighbouring town in Anambra State were totally shut down. All the big boys and friends of Obi Cubana home and abroad all made it to Anambra to give Mama a befitting burial.

The internet also went agog with the way these big boys have turned up to support their friend with cash and their presence at the burial.

Before the burial proper, his friends contributed immensely to the burial ceremony. They all contributed in total 250 million, 375 cows and 70 rams to support him for his mum’s burial.

Donating so much for his mum’s burial to many means nothing, because he has indeed impacted lives positively, so to many, he is just reaping from what he has sowed.

He gave a lot of people opportunities to make a living and make good money. He gave hope to lots of young, hopeless hardworking and dedicated young boys.

He is described as one billionaire who doesn’t believe in eating alone and most of the young guys he empowered and gave oppotunities to be millionaires are today paying him back for his good deeds. For many who don’t really know who Obi Cubana is, then lets tell you.

Obinna Iyiegbu popularly known as Obi Cubana is a popular name in the Nigerian hospitality and entertainment industry. He started his career by establishing a nightclub before launching the Cubana Group.  Today his brand is considered one of the most known hospitality brands in the African continent.

Over the years he has launched many Cubana brands across Nigeria and spreading more tentacles across the borders and continent.

Also as an entertainer, he has been able to make impressive waves in the entertainment industry, and this explains why the A-list stars hold him in high esteem and don’t joke with him. A lot of the A-list musicians often perform at his different clubs.

He has also emerged one of the most affluent businessmen in Nigeria considering his huge success in the hospitality business.

He is currently 46 years old and a graduate of Political Science from the University of Nigeria, Nsukka.

In 2006, Obi Cubana launched his first nightclub known as Ibiza Club in Abuja, three years later, he established the Cubana Group. Today, the hospitality brand is known for providing all-around entertainment to nightlife lovers and fun-seekers. The group opened his first branch called Opium by Cubana in Owerri before spreading across other states in Nigeria including Lagos, Enugu and Abuja, where he has restaurants, bars and nightclubs.

He is currently working on Cubana Dubai and Cubana Real Estate. The group establishments in Nigeria have been managed by trusted hands such as Paschal Okechukwu a.k.a. Cubana Chief Priest, they parted ways in 2020 and he now owns his own dance and night club, Xhrine and De Angels Bar and Grill in Owerri. He also supported his former boss with 46 cows for the burial.

Cubana’s family owns the KIEK Foundation that provides for the less privileged kids with quality healthcare, education and food supply. In the past years, he has pulled many children off the streets, providing them with a sound education.

And since the establishment of the Cubana Group in 2009. he has been recognised with special awards home and abroad. He is happily married and his marriage is blessed with children.

Ezinne was born in July 1942 and the first child and first daughter in a large polygamous family. She grew up in Aba, where she had her primary and secondary education and later became a teacher.

She got married to Sir Alex in 1969 and they relocated to Oba during the Civil War and contributed her teaching career after the war at Central School Oba. She was a mother to all, trained many in preparation for their future life most especially the girl child.

Due to her dedication to duty, passion and excellence, she became the headmistress at 3 different schools.

Her quest for constant improvement and advancement of her career made her one of the earliest to enrol when the University of Nigeria, Nsukka commenced a holiday programme for serving teachers. The diploma she earned from the programme further cemented her status as a teacher.

She later partnered with the late Chief Enumah and became the pioneer Principal of Giant Steps International School, Oba.

She later retired and devoted the rest of her life to serving God and charitable work. In 1999, she and her husband were inducted into the Knighthood of Saint Christopher. Her home church, Good Shepherd Anglican Church, Aboji Oba, also conferred on her, the title of Ezinne in August 2017.

Ezinne Odozie’s philanthropy was exemplary. As Ezinne, she had many people under her personal foundation whose tuitions she unfailingly paid.

She was buried in a very glamorous way amidst fanfare, because according to many Mama lived a fulfilled life, touched and impacted lives positively. So it was indeed a celebration of a life well spent.

IT WAS A WHITE AFFAIR

White was the official colour at the burial ceremony. Different shades of white lace, the material was on display. Especially amongst the men. The majority of them looked extremely good in white, while the ladies looked gorgeous in different colours of native attires.

ANOTHER CUSTOMIZED MADE ANKARA ON DISPLAY

Efobi Stephen Obi is the CEO of Obis Gallery, a luxury custom jeweller and according to him Obi asked him I want something special to commemorate my mum what can my 100k Dollars do for me”.

And he came up with a custom pendant with Obi Cubana’s late mum’s picture on it and a complete chain with bracket all-round diamond. The jewellery is so beautiful, eye-catching and worth every dime.

Popular billionaire E-Money and brother Kcee are among the big boys that stormed Anambra for Obi Cubana’s mum burial. They stormed Oba in Anambra in grand style in convoy. They equally came in the company of their friends and drove into the state from Asaba Airport in Exotic cars. Anambra indeed stood still for lots of celebrities.

IFEOMA STELLA OKENGWU FLEW IN WITH A PRIVATE JET

The very successful business guru, Ifeoma Stella Okengwu CEO of Winhomes Estate was also among the dignitaries that made it to the burial. She came in, in a private jet in the company of music star, Orezi amongst others to celebrate with Obi Cubana.

Ifeoma plays a very big in the real estate business and she is highly respected in society.

This no doubt will remain one party that many will keep talking about in many months to come. Everything was done in excess. From food, to drink, just name it. Also, a wine that costs 3.5 million per bottle Louis XIII Remy Martin Grand Champagne Cognac flooded the party.

WHY MANY LOVE OBI CUBANA

According to many, it’s not every day you see a committee of friends easily donate 250 million, besides other gifts and money to spray, to support one of their own. Most especially with the current situation of the economy.

Obi Cubana doesn’t only have good friends, he met young men striving to be great and he helped them. He didn’t hide his means of making money from them, and they decided to pay him back for his good deeds.

He built young guys, who he didn’t just give fish to eat, but rather he taught them how to fish and make a living for themselves.

He changed the lives of so many young guys and actualised their dreams, so he is just reaping the good seeds he sew.

TOO MUCH MONEY EVERYWHERE

A lot of the big boys who made it to the event had with them, millions of mints and sprayed money as if it was going out of fashion. And a lot of ladies, especially celebrities flew in from all parts of the country to be part of the celebration.