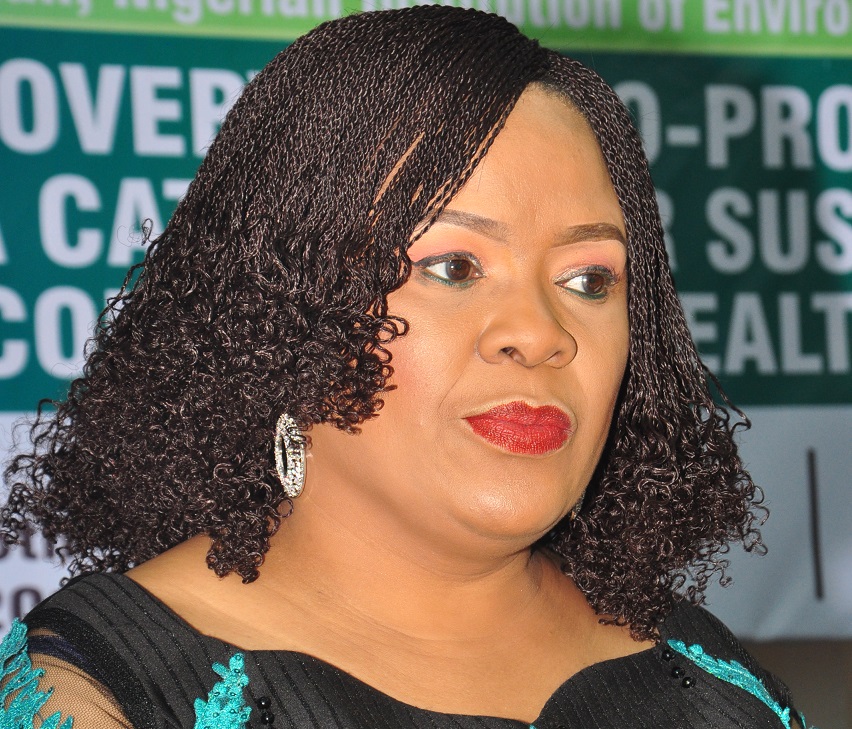 Engr. Abiola Kosegbe was born in the UK in 1965 to Late Engr Chief AA Oludaiye, FNSE, and Late Mrs. Marian B Oludaiye. Due to the nature of her father’s job (he retired from NEPA as Director of Distribution, Lagos).

She attended three primary schools – Zaria Children School, Ayodele Nursery and Primary School, Ibadan and Lara Day Nursery and Primary School, Adeniyi Jones Ikeja. She also attended three secondary schools- St Theresa’s College, Ibadan, Federal Government College, Enugu, and Egbado College, Ilaro. In her final year in school, she was appointed as the Girl’s Sports Prefect due to her active participation in all sports. She was the captain of the volleyball team, Vice-captain of the handball team; She also participated in the 100m, 200m, and long jump, and represented Ogun State Girls in Basketball.

Immediately after her secondary school education, she proceeded to Cantral Tutorial College, London for a one-year bridge program. Subsequently, she was admitted to Willesden College of Technology, London where she completed a BTECH/OND program in Civil Engineering. Engr. Kosegbe, then gained admission to Queen Mary College, University of London to Complete her BSC in Civil Engineering.

Engr. Kosegbe began her career in the United Kingdom in 1989. She worked for several companies including Taylor Woodrow Construction UK, working on projects like Charring Cross Police Station (London) and The Croydon Library before returning to Nigeria in 1994. She completed her NYSC in 1995 and in September 1996 joined the Lagos State Government through the Ministry of Transportation as Transport Engineer. In 1999, she was deployed to the Ministry of the Envir0nment working in the Drainage Department up until 2003 when she was moved to waste monitoring unit.

During this period, Engr Kosegbe excelled as the Head of one of the teams monitoring the State for Waste Management Violations. Furthermore, she was also the Head of the team in Charge of the rehabilitation of Dumpsites.

In 2005, Engr. Kosegbe was seconded to Lagos State Waste Management Authority (LAWMA) on Special assignment for the State. As the Head of the Projects Department at LAWMA, her responsibilities include:

Maintenance & Upgrade of LAWMA properties all over Lagos

Worked on the construction of Waste to Wealth Project such as tire shredder facility Nylon recycling plant etc..

Development and Implementation of Waste Management Sector Policy for Lagos 2006

Supervised and coordinated the conception, design and studies on the Solid Waste Component of the EKO-UP Project

Member of the Inter-Ministerial Committee on the Review of the report on Lagos State Science Policy.

Member of the Advisory Committee to the Lagos State Safety Commission

Ministry of Works Representative at the Lagos Global Office on PPP proposals.

Some of the achievements bagged her Lagos State order of Merit Award (LPOM) in 2012. Other awards received include, LAWMA Best Management Staff 2011 and APWEN Emerging Leader award 2010.

She has attended several seminars, conferences and workshops both nationally and internationally some of which are

Landfill Design at the University of Wisconsin, USA.

Certificate on Solid Waste Management at UNESCO, The Delft, Holland.

Engr. Kosegbe is a member of the following bodies

She is married with children and enjoys travelling and sporting activities.