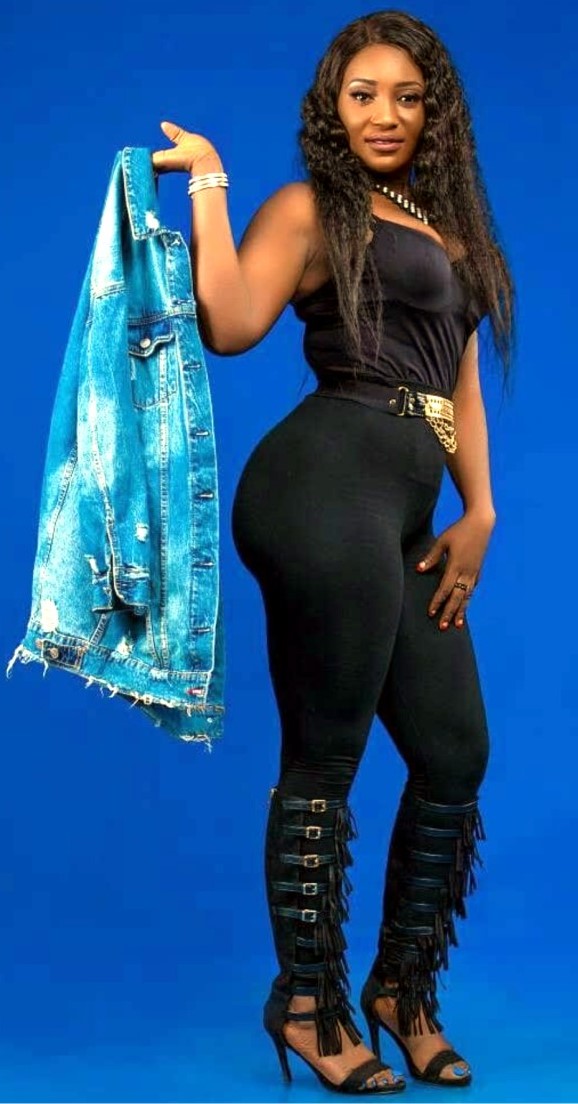 Afro pop act, Pennynah Safiya Kogi, also known as Pennyweath is one of the best and popular female artistes located in the North. This pretty and multi-talented musician started her career 16years ago, with the help and support of her parents, especially her father. Since then, she has remained on top of her career. She is signed into Yink Records in Kaduna.  According to the hardworking musician, despite being in the industry for 16years, it suddenly dawned on her that music was really her thing this year. And she got a lot of breakthrough this year. Her latest single titled “Jurey” featuring Skales has been topping the charts in the North. It also got her on many Television shows and radio tours. She also won at Adea Awards, held in Yola, Adamawa State, emerging “The Female Artiste Of The Year” beating popular female stars like Dija, Ruby Gyang and others.

Pennywealth is also popular called the Nicki Kanbi B of Nigeria. She is equally blessed with a very beautiful and soft voice which is similar to Tiwa Savage’s. That is why some describe her as Tiwa Savages sing-alike.

In this interview with City People’s Senior Showbiz Reporter BIODUN ALAO, she talked about her 16yr journey in the music industry, the role her late father played in making her dreams come to reality, the challenges of being a female artiste from the North, and how she feels winning City People’s “Arewa female Artiste Of The Year award at last week’s city People Music Award”. Below are excerpts.

Can you take us through your journey in the music industry?

I have been doing music for 16years now and I know in everything in life, there are challenges, but in my own case, I will say the Journey has been smooth, I can’t say it is rough, since we are progressing, and things are getting better by the day, so by the special grace of God, it’s been successful and progressive as well.

What were you parents reactions when you decided to go into music at a tender age of 10years?

Honestly, my parents have been so supportive from day one, my parents are the types that respects their children’s’ dreams in life and instead of discouraging you, they go extra miles, to help you attain your goal in life, which they have done in my own case especially my late dad, when I picked music as career, he encouraged me, and was always asking “When am I start seeing you on T.V and when I start listening to your songs on their radio” Most times he visit me at the studio, when I least expect and stay with me till ma done.

At what point in life, did you realise music was your thing?

Despite the fact that I have been in the industry for 16 years. I got to know music was really for me this year. Lots of good things happened in my career this year. I got two different awards this year, coupled with other good stuff, that was when it really dawn on me that this music thing is really for me. I won Arewa Artiste of the year, in Yola.

There was actually a point in my life. I wanted to stop the music thing, but nomination kept coming , from here and there, and that encouraged me,  to keep moving on, and that also made me feel, there are people out there, who like and appreciate what I do, If all these nominations just keep coming in.

Would you say , not being in Lagos has somehow slowed down your progress in the industry?

The truth is that, God has the final say in everything. Though our Psychology tends to play fast on us. If you as a human being believe. If you are not in Lagos, you cannot more forward or progress in life, then. It will remain like that because there’s power in the tongue. But all the same, the fact still remains that, Lagos is where the market is and everybody knows that, but you can still be anywhere in the world or in Nigeria and still make it. God can single handedly pick you and say this is your time and once that happens, you will definitely shine in respective of your location.

You have been in the industry for 16years now, what would you say has been your challenges?

What has been the challenges for me is basically, what everybody knows, being a female artistes. Once you are a female, everybody wants to take advantage of you before they can render any help to you. But along the I realised that, once you can work very hard and push this on your own, you don’t even need anybody to get there.

The only person you need is God Almighty then hardwork, pray and everything will be fine. With all these, the sky will be your limit.

The second thing I will say is a challenge for me, is the fact, that as a female artiste from the North. There’s a way people look at you. The part of North, where I come from. Our minds have been designed in a way that, If you see a female who is into the entertainment industry, be it a movie star, or a musician, you are seen as a prostitute or people call you a beggar, but I don’t come this is what I love doing and  I have decided to follow my dream irrespective of what people think or how they see me.

Have you ever consider collaborating with other female artiste in Nigeria?

Yes, I have, I just did a song with ruby. I speak Hausa fluently and I do most of my songs in Hausa language. So we just did one together. By next year the song will be released to the general public.

What kind of songs do you really sing?

I do afro POP, through that doesn’t mean am just stuck to that alone.

Considering your looks, how do you cope with attraction from opposite sex and fans generally?

Well, am very good at drawing the lines between pleasure and business. Even when am on the stage performing dancing, and a fan is trying to misbehave I try as much as possible to manage everything without creating unnecessary scenes. And you know there’s limit to everything.

I was born in Lagos, Ikeja Custom training service precise. But when my father retired from the service, we relocated back to the north, where we are originally from. That is Kaduna State. I did Computer Science in China.

Besides music, what other thing do you know?

Besides music, am a hair stylist, make up I bake and also make beautiful beads, so I won’t be wrong if I say, I am multi-talented.

In the next few years, I hope to see myself all over the world. I want to be remembered for my good deeds, before I check out of this world because , this world will not check me out.

How does it feel wining female Artistes of the year?

I feel like just lying on the floor and celebrate, but honestly. I saw it coming because I have doing lots of work lately, I recently died a song with Skales, I have been putting lots of hardwork. It will drop soon, I have been working back to back, when the nomination, lots of my fans have been calling and sending me message to congratulate me, lots of them were like, if I don’t win, I should not come back home, but I was confident I was going to win, because of the hardwork I have been doing.

Are you under any record label  now?

Yes,I am under YINK entertainment. It is the North, and we are doing very fine.