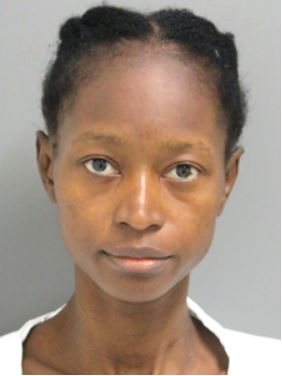 Kula Pelima, a 30-year-old woman, has been charged with drowning her infant son and the baby’s 5-year-old half-brother, police officials in Wilmington, USA said Tuesday.
It was gathered that she killed the two children after expressing concerns over her immigration status.
Philly.com reports that the Police in Wilmington, who summoned to the woman’s apartment on Monday morning, found the children dead in the tub and a strong smell of gas in the air, prompting a temporary evacuation of the building.
Chief of Police Robert Tracy told journalists at a news conference that Pelima has been taken into custody and charged with two counts of first-degree murder after questioning and confession.
The boys were identified as Solomen Eppell, 4 months old, and Alex Eppell, 5.
According to police, no one else was home at the time.
Pelima’s boyfriend, Victor Epelle, who’s also the father of the two children was arrested by Immigration and Customs Enforcement agents earlier this month for immigration issues, Whyy.org reported.
Epelle is originally from Nigeria. He’s being held in a York, Pennsylvania prison. Investigators said Pelima never explained why she harmed the children, but it appears she grew concerned about her immigration status.
She is originally from Liberia but has been in the U.S. since 1997. Police said Pelima and Epelle established residence in Wilmington within the past few months.
Tracy said Pelima, a Liberian native, had called police at 3:45 a.m. Monday, expressing concern about her immigration status. An officer who went to the address to reassure the woman she was not in trouble saw the 5-year-old and reported seeing nothing wrong or alarming.
When police were called again to the apartment around 8:30 a.m., the children were dead.
Police have not been able to locate the 5-year-old boy’s biological mother, the chief said.
Meet the Woman Who Killed Her Own Sons While Her Nigerian Husband Was in Detention was last modified: October 19th, 2017 by Arinze Ago