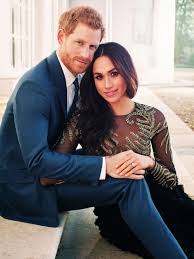 Meghan Markle “regrets” marrying Prince Harry? That’s the premise of a suspicious story from the same website that peddled a lot of misinformation about the royal wedding. Now Gossip Cop can bust this latest report.

Though the nuptials only took place a few weeks ago, RadarOnline claims Markle “may already miss her old life.” A so-called “palace insider” is quoted as saying, “Meghan hasn’t really adjusted well to her new role.” This supposed source contends, “She misses acting and she misses Los Angeles. She misses her family, and her friends.”

The site’s alleged snitch further claims that while Markle is “madly in love” with her new husband, “the Queen’s rules are a bit too extreme for her.” Telling, it’s not specifically said which “rules” she’s finding “too extreme.” Rather, the blog goes on to maintain, without evidence, that the former “Suits” star is also “at odds” with Kate Middleton. The outlet concludes by asking readers, “Do you think that Meghan Markle made the wrong decision by agreeing to marry Prince Harry?”

But there’s a number of problems with these contentions, starting with the timing of them. The online publication is making it seem like there’s been a sudden, significant change in Markle’s life now that she and Prince Harry are officially married. In reality, she started living the life of a royal with their engagement last November. She’s been embracing her “new role” for nearly six months with a number of formal events. It also makes little sense to assert the actress “misses Los Angeles” when she spent most of the last decade primarily living in Canada for “Suits.” It was from Toronto that Markle moved to London not L.A.

It’s also unclear why she would currently be having issues with being a member of the monarchy when Markle and Prince Harry have only just returned from there Honeymoon. She’s spent the last week, if not more, relaxing on vacation as a newlywed, not carrying out the responsibilities of a duchess. And at the one official event she’s attended since the wedding, Markle was seen jovial and even giggling Furthermore, Us Weekly just reported this week how “excited” Markle is that she will be working with her new royal family on charity endeavors.

Nothing was said about her longing for her “old life,” nor has any reputable outlet made such a claim. Meanwhile, RadarOnline has spread many outright false allegations, especially last month with fiction about Markle and Prince Harrys weddings It appears the site is off the mark once again. There’s no actual proof Markle “regrets” marrying into the royal family, and there are too many holes in this story from an untrustworthy website for it to be considered credible.