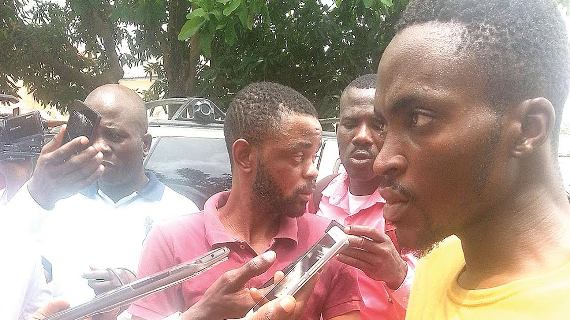 Osaro Egbomrewen and Michael Eyeoekpe, were on Tuesday, April 11, 2017 paraded before newsmen in connection with the death of an Uber driver, Innevosa Emmanuel, who was strangled to death at the Ogba area of the state recently.

The deceased had responded to their call for a taxi and was taking them to their destination at Oke-Ira in Ogba, when they suddenly asked for a diversion to Oremeji street where they strangled him to death, dumped his body in front of a church and went away with his Kia vehicle.

The suspects and one other person at large were in the process of selling off the vehicle when they were arrested in Benin city, Edo state. 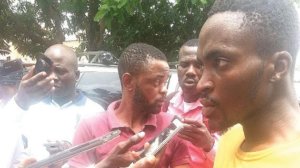 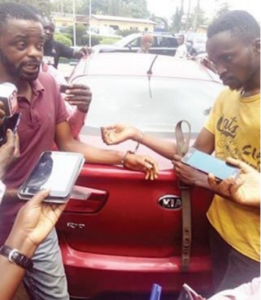 Men who killed an Uber driver in Lagos arraigned before newsmen was last modified: April 12th, 2017 by Reporter