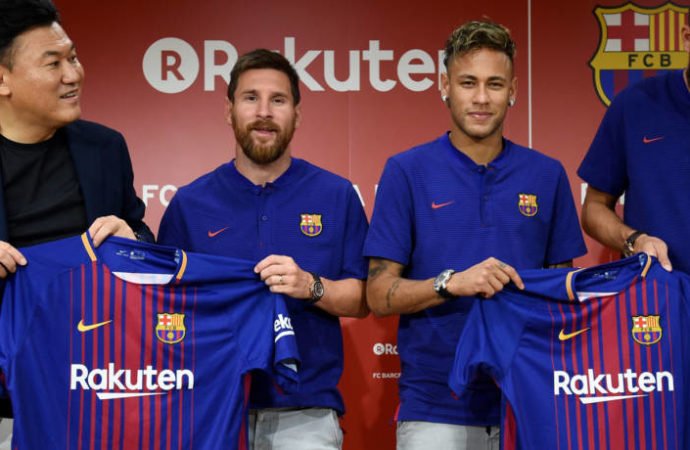 Barcelona forward, Lionel Messi, has said that his former attacking partner, Neymar did not let him know he was leaving the club until the last minute.
Neymar’s other teammates, Gerard Pique and Xavi, had earlier said they knew Neymar was heading to PSG in June.
But Messi said he was clueless until he concluded decision to join Paris Saint-Germain.
The Brazil star left Barcelona for the French side in a world-record move after they triggered his €222 million release clause.
The deal had been the subject of intense media speculation until Neymar arrived at training to tell the club of his desire to leave.
Messi told ESPN, “Honestly, no,” when asked if he knew his former team-mate would leave.
“Until the last day of the tour we were talking and we didn’t know anything. He said that he still wasn’t clear what to do and he didn’t know what he was doing. Others said they knew. But right until the last minute, we were speaking to him.”
Luis Saurez added, “We tried to get him to stay but at no time did we say ‘Ney, don’t go because you will not be happy.
“We told him we didn’t want him to leave, for us, but if he wanted to leave, he was free to make the decision he wanted. Because of the friendship we have, it was painful that he left.”
Messi Speaks on Neymar’s Move to Paris Saint-German was last modified: November 9th, 2017 by Arinze Ago

CHUDE JIDEONWO: NIGERIA IS THE FEDERAL REPUBLIC OF RUMOUR MONGERING