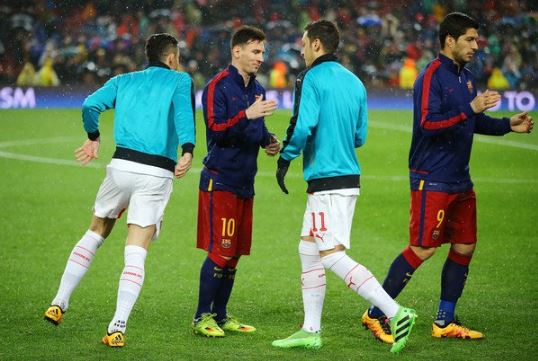 Barcelona superstar, Lionel Messi has told his club chiefs to consider signing Arsenal playmaker, Mesut Ozil next summer instead of Liverpool’s Philippe Coutinho.
The Argentine International feels Ozil would be a smarter buy.
According to Spanish transfer outlet Don Balon, the 30-year-old is eager to see the mildfielder join the Catalan club come January.
“Lionel Messi has told Barcelona to sign Arsenal star Mesut Ozil”, it said.
Ozil will be out of contract at the end of the season and can leave the Emirates on a free transfer or for a cut-price fee in January.
The former Real Madrid star has been heavily linked with a move to Manchester United in recent weeks to reunite with Jose Mourinho.
Messi Wants Barcelona to Sign Ozil Instead of Coutinho was last modified: October 26th, 2017 by Arinze Ago