Home News Met famous Footballer, who has been sleeping for 37 Yrs
News 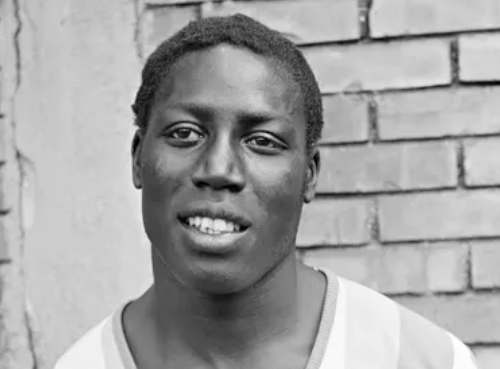 In 1982 the French international Jean-Pierre Adams went to hospital and was given anaesthetic that should have knocked him out for a few hours. 32 years later, he has yet to awake

On 17 March 1982, the former France international footballer Jean-Pierre Adams, at the age of 34, was admitted to a Lyon hospital to undergo a routine knee operation. He was given anaesthetic that should have knocked him out for a few hours but, more than 30 years later, he has yet to awake.

Adams had elected to take the first stage of his coaching degree in Dijon, which meant going on a week-long course in the Bourguignon town during the spring. On the third day, however, he suffered a knee problem and the following morning quit the course for a hospital in Lyon. An initial scan showed damage to a tendon at the back of the knee but a chance meeting with a surgeon en route to the exit proved critical. After a discussion, it was decided that the best course of action would be to operate. Adams agreed to an operation a matter of days later on 17 March.

“It’s all fine, I’m in great shape,” were his parting words to Bernadette as he left on the morning of the operation.

His wife was worried and only more so when it took three calls to the hospital before she was passed on to a doctor. “Come here now,” she was told gravely.

Adams had slipped into a coma. Bernadette remained by his bedside for five days and five nights hoping for a change in his condition while the couple’s two young boys, Laurent and Frédéric, were at home with their grandparents.

There had been a problem with Adams’ supply of anaesthetic, which was exacerbated by the fact the anaesthetist was overseeing eight operations at once, including one particularly delicate procedure involving a child that got much of his attention. To complicate matters further, Adams was not on the correct type of bed, the drug used was known to be problematic and the operation was overseen by a trainee. Adams has never woken.

It would be November before he was moved north to Chalon, where Bernadette was by his side on a daily basis. That did not prevent Adams from being neglected by the staff at his new institution. After finding an infected bed sore, Bernadette exploded with rage and, after her husband had undergone another operation as the infection had reached his bones, she sat with him continuously, still holding out hope he one day might wake.

When the hospital said they could no longer look after Adams, he was moved home. For Bernadette this was a great undertaking. She would sleep in the same room as her husband and get up in the middle of the night to turn him.

Bernadette had a house custom-built, which she named Mas du bel athléte dormant — the House of the Beautiful Sleeping Athlete. It had been a struggle to get a loan in place, however, as she had fallen into difficult financial circumstances.

Various bodies came forward to help, with Nîmes and PSG both offering 15,000 francs, while the French football federation gave her F6,000 per week after an initial contribution of F25,000 in December 1982.

In addition, Adams’s former clubs played charity matches. The Variétés Club de France, a charitable organisation still running today and backed by Platini, Zinedine Zidane and Jean-Pierre Papin, played a fixture in the comatose player’s honour against a group of his footballing friends.

The media, meanwhile, kept his memory alive with glowing testimonies. “Adams was the prototype of a modern-day midfielder,” wrote the journalist Victor Sinet. “He was always available, omnipresent and just as effective going forward as he was defending.”

Meanwhile, the courts deliberated upon the case in a sluggish manner.

Pierre Huth, Adams’s former doctor at PSG, led the case, which went on for seven years before the Seventh Chamber of Correctional Tribunal in Lyon found the doctors guilty of involuntary injury. It was only at that point that the family’s dues could be calculated, yet four years later a definitive decision had still to be made.

Life, such as it is, continues for Bernadette and Jean-Pierre. Hospitals cannot commit staff to looking after Adams for long periods of time, which prevents his wife from taking holidays. Each day Jean-Pierre is washed and dressed by Bernadette, who maintains that her husband still has some cognitive function.

“Jean-Pierre feels, smells, hears, jumps when a dog barks. But he cannot see,” his wife said in 2007.

Even after all these years she remains relentless in her support and love for her husband. “I have the feeling that time stopped on 17 March 1982,” Bernadette explained in a discussion with Midi Libre in 2012. “There are no changes, either good or bad. While he does not need respiratory assistance, he remains in a vegetative state.

“Last year, we met a neurologist specialising in brain injury from Carémeau [the hospital in Nîmes] through an acquaintance. He ran his tests and examinations at the hospital, which confirmed very significant damage. There was a lot of damage in the brain. But he does not age, but for a few white hairs.”

Despite confirming that her daily routine is “killing her”, euthanasia is not an option she would consider. “It’s unthinkable!” she said. “He cannot speak. And it’s not for me to decide for him.”

Jean-Pierre, whose son Laurent briefly followed in his footsteps by signing for Nîmes in 1996, is now a grandfather and has been introduced to all of his grandchildren. The rest of the world has moved on, but Adams lives on as a pioneer, whose unlikely journey to prosperity has been replicated by so many since he was sent from Senegal to France as a young boy.

Met famous Footballer, who has been sleeping for 37 Yrs was last modified: September 30th, 2019 by Reporter

Strategies That Made ADRON Homes To Be No 1 – GMD, Aare ADETOLA OLAONIPEKUN EMMANUEL KING