Home News I Met My Wife As A Village Girl In ABEOKUTA – Eng. JOHN AYODELE
News

I Met My Wife As A Village Girl In ABEOKUTA – Eng. JOHN AYODELE 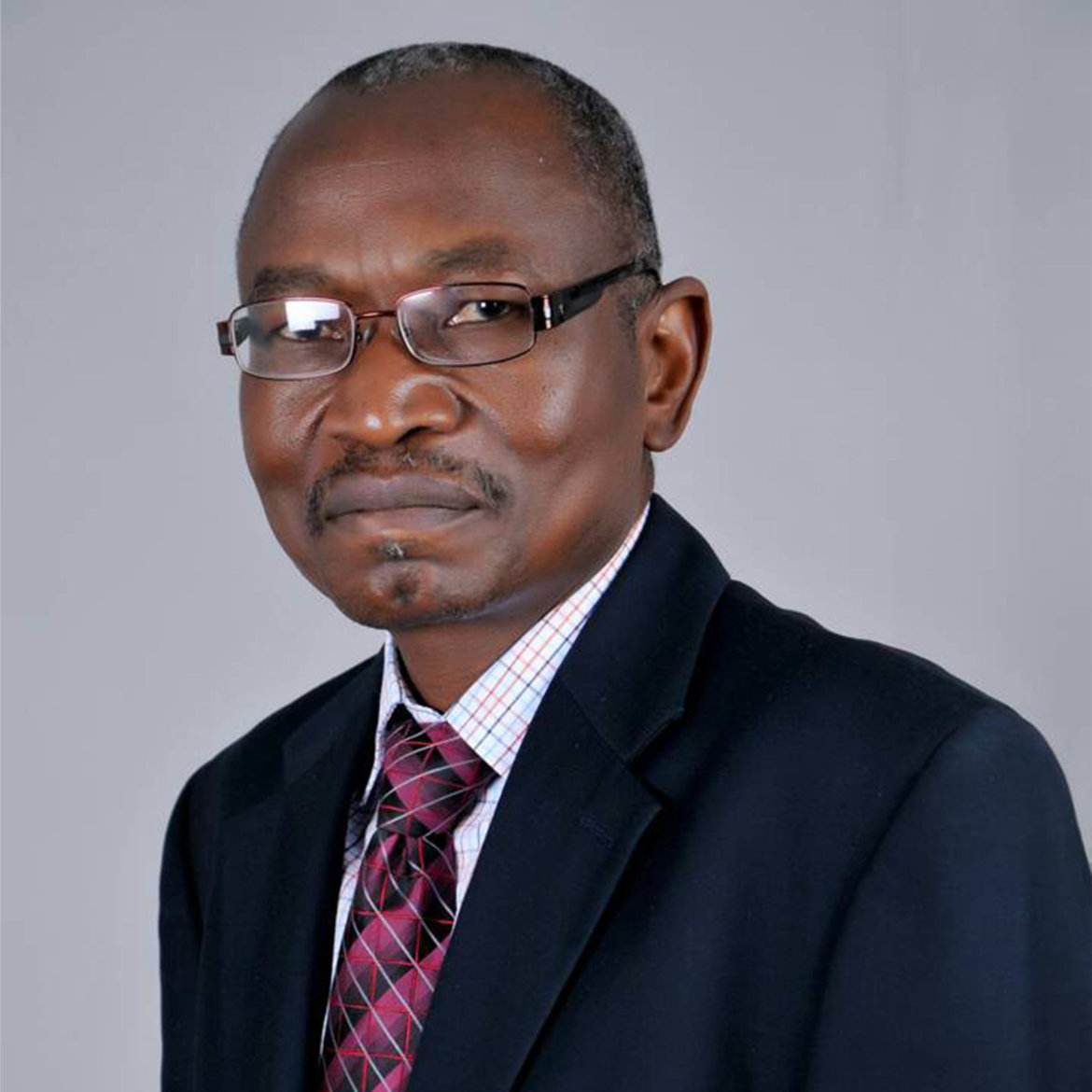 •QUINCY Herbal Slimmer Boss’ Husband, Eng. JOHN AYODELE
Engineer John Oladipo Ayodele is a very unassuming man with a cheerful disposition to life. He is also a fulfilled and accomplished engineer. He is, without a doubt, one of the brightest engineering personnel that ever passed through the National Electric Power Authority (NEPA).

Born to not exactly wealthy parents from Kogi State, but today, he’s a self made successful man and a Power Option expert who beats his chest proudly to tell anyone who cares to listen that he can compete favourably with anybody in the power industry anywhere in the world. But beyond all of these, this very remarkable man is the loving husband to the hugely popular and beautiful herbal medicine practitioner, Quincy Ayodele.

He met his wife, Quincy, in Abeokuta almost forty years ago. He liked her from the very moment he set his eyes on her and today, their marriage is already 36 years old and still counting. They have both made a fantastic job of their marriage and little wonder they both continue to look younger than their ages and seem to be in love with each other all over again each time they step out in public. Quincy, who calls her husband, ‘my Lord,’ never tires to tell people how greatly her husband transformed her life. She is never ashamed to reveal that he, it was, who brought her to Lagos for the first time in her life and gave her the encouragement and support she needed to flourish in her herbal practice. And for the benefit of those who may not know, this amazing couple are already grandparents several times over.

At the recently held City People’s Award For Excellence, Quincy, who was honoured and recognized for her contributions to the herbal industry, came with her husband whom she paid tribute to when he accompanied her on stage to pick up her award. She called him her pillar of support, the one who has given her wings to soar like the eagle. In this interview, City People’s Senior Editor, WALE LAWAL, spoke with Engineer Ayodele and he was willing to let us into how the journey began for him and his adorable wife almost forty years ago.

Let’s start by knowing a bit of your background, sir. Tell us where you are from and where you were raised.
I was born some years back, well over sixty years ago. I am from Kogi State and was born in Kogi State, precisely in a town called Egbe. I grew up there. I spent most of my early years there. My primary school was in Egbe while I went to secondary school elsewhere. And of course we didn’t have a University then so I went to Ahmadu Bello University. I’m from a very humble background. I’m a farmer’s son with many siblings, so you can understand that life was quite hectic then. I didn’t wear shoes then until I got to the university, that tells you how difficult life was at the time.

Tell us about your professional background, sir.
Well, I’m an Electrical Engineer and in actual fact, I had dreamt of becoming an Engineer as far back as 1963, that’s approximately 26 years before I became an Engineer. And what led me to it? My father bought a Grundig radio, the one you turn on and wait until comes up. I thought it was a human being talking inside. Whenever my father wasn’t around, I would open the back of the radio and wouldn’t see anything more than wires and stuffs like that, and I said one day, I must know how to build this radio. And that was what led me to taking an Electrical Engineering course. By the time I grew up, I became more concerned about power option, so I joined NEPA.

At that time, there was NITEL, there was NNPC coming up, and they were just recruiting people. But I stayed put in NEPA because I felt I had more options and more prospects in NEPA and I thank God I stayed. I’m a Power Option expert today and I thank God that everything worked well. I can compete favourably with anybody in the power industry anywhere in the world because I’ve worked both at home and in the U.S. and I can say that I’m well grounded without meaning to blow my own trumpet.

How did you meet your wife, sir?
Sometime in 1980, I was appointed a Project Engineer for seven Sub-stations that NEPA was building at that time. It was the first time Nigerians were given the opportunity to engineer and project manage a 132 KV and above Sub-station. Before that time, it was always given to Consultants and others. So, Abeokuta used to be one of the places that I stayed and that was when I met her. She was just a young homely girl in her small community then.

When you first saw her, sir, what were your first impressions of her?
Em..I think the first thing that came to my mind about her was her beauty. She was a really pretty and shy girl then. You can see she’s still a very beautiful woman. And she was also a very serious minded lady. So, I approached her and after a while we became close. Soon after, I took her home as a girlfriend, just to see how she would relate with my family and everybody accepted her and she in turn also got along well with every member of my family and that was it. So, I had no other option than to say, okay, what is next? And that was how we began to work towards marriage.

On the very day you met her, and after speaking with her for the first time, what struck your mind about her personality?
Actually, one of the conditions for me as a young man then, to marry a lady, is that the lady must be able to accept my dog as my dog, and my people, as my people. In fact, I had girlfriends before who would not tolerate my friends, and I could not because of a woman leave out my friends.

So, one of my concerns was how my girlfriend would relate with my family. If she couldn’t cope with my family, then there’s no point for us to even think that we could get married, but she was received well and she passed all the exams set for her at home so I had no choice than to begin to consider her for marriage. Truth is, I didn’t even take her home as a wife, I took her home as a girlfriend, you know, let’s just see how she’ll behave. But before I left home, they had already pinned her down to be a wife. Every single gift they gave me to give to the dad was a sign to say we’re coming oh. And today, I’m thanking God I had no choice.

How old is your marriage, sir, and how has it been so far?
It’s been wonderful. It’s been great. This year will be our 36 years in marriage and it’s just like yesterday, really. It’s almost hard to imagine that 36 years have gone by so soon. You can see she’s still looking pretty as if she’s a young girl.
And you’re not looking like you’re close to 70 years yourself.

Well, I hope so, thank you very much. It’s just the grace of God, we never gave ourselves any sort of stress or problem that will make us age. She has always respected me to the core and I also give her all the honour that she deserves. I push her to the forefront, and sometimes people will say, are you Mr. Quincy and I’ll say yes, because the fact of the matter is that I gave her the name Quincy. So, if you now call me Mr. Quincy, of course you’re right.

Oh, so, you gave her the name, Quincy?
Yes, I did. It was like a pet name that I used to call her and it stuck.

What would you say has kept the marriage going all these years?
Marriage is a matter of understanding, love, perseverance and communication. Husband and wife that do not communicate won’t last. You must talk. I told my wife that we must have the ability to communicate constantly. We must talk on any issue. I told her the day I met that, even if I marry you, I cannot have a girlfriend outside if I cannot tell you that’s my girlfriend. So, that means there’s nothing between you and me that I will not be able to tell you. If I can’t say it, then I will rather not do it. So, that trust has been there from the beginning.

We completely trust each other. She’s a public person, I pushed her to the public. I cannot say because she’s now a public girl, so I won’t trust her anymore. In fact, I want to push her more to the public because I trust that she will not do anything that will be injurious to this marriage and she has maintained her decency. She’s a very humble girl.

Finally, sir, I’d like to know, considering the fact that your wife’s business pushes her out to the limelight where she gets to meet different kinds of men and women, do you not have the fear sometimes that a lot of men might be attracted to her and could be pressuring her for relationships?
Of course, I wouldn’t have married her if I thought I was the only one that she would be attracted to (laughs). I married her because I knew a lot of people would love to have her. It’s not a problem. It’s not a competitive world too because the day we said goodbye to everybody we had accepted we were all alone in this business and she kept to it and I kept to my own. In fact, I remember telling her that if I find a loving man around you, I will beg the man and say, please, can you give me the balance let me take home (bursts into laughter).

So, nothing can separate us in that respect. I mean, I pushed her into becoming a celebrity, she cannot be a celebrity and I’ll be looking underneath her, it won’t happen. A lot of men do many things to woo her. I’m a man too, and I know the tricks. And so when the tricks come, she tells me and we joke about it. There is nothing about her that I don’t know. Anybody who is chasing her and thinks I won’t know is only deceiving himself. I know every man that has ever chased her even as a married woman. But I’ll never use that to operate because it’s not worth it, otherwise I’ll begin to put her in a very difficult position. She knows I don’t care and I’m not going to be monitoring her movements. She doesn’t even like going out anyway. So, she’s a very beautiful woman and we have been together, and we will continue to be together till death do us part.

I Met My Wife As A Village Girl In ABEOKUTA – Eng. JOHN AYODELE was last modified: April 8th, 2018 by Wale Lawal

How Asiwaju TINUBU Made Me Who I Am Today •LAGOS Lawmaker, Hon. GBOLAHAN YISHAWU