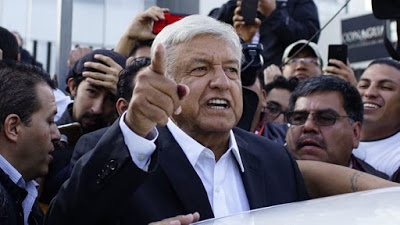 Andres Manuel Lopez Obrador has vowed to slim down Mexico’s bloated government budget by taking a massive pay cut when he takes over as president in December.

“What we want is for the budget to reach everybody,” he told reporters on Sunday.

Left-wing Lopez Obrador, who is also known as AMLO, says he wanted to reduce his salary even further, but decided against it so as not breed resentment among future Cabinet members who often leave high-paying jobs to serve as ministers.

Mexico’s President-Elect Slashes His Own Salary was last modified: July 16th, 2018 by Reporter