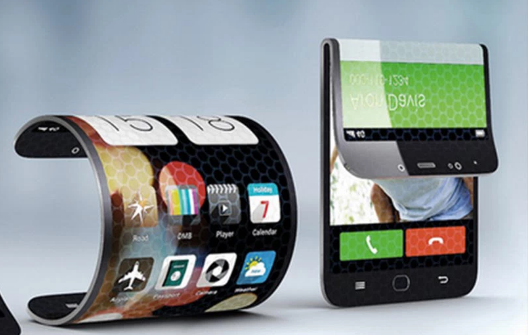 As powerful as today’s phones are, their rectangular reliability has become a mundane necessity.

That’s why mobile devices that bend, twist, snap and fold will electrify and energise the industry, even if these newfangled future devices limp and lag at first.

Microsoft has been granted a patent that appears to show the company planning or working on a flexible display smartphone set to hit the market this year.

The information in the patent reveals that Microsoft’s foldable device will come with a tablet-like large display that can be folded into a smartphone.

Since getting a patent in 2016, Samsung has allegedly been crafting a 5″ Galaxy X phone that can unfold into a 7″ tablet, preparing it for an eventual commercial launch.

The release date was speculated to be Q3 2017, but issues with management reshuffle and political turmoil in Korea are affecting Samsung’s decision-making process, so the foldable phone may not hit the shelves before 2018.

LG is reported to be working on a similar smartphone. There are speculations that LG’s bendable smartphone would hit the market in the latter stages of 2017.