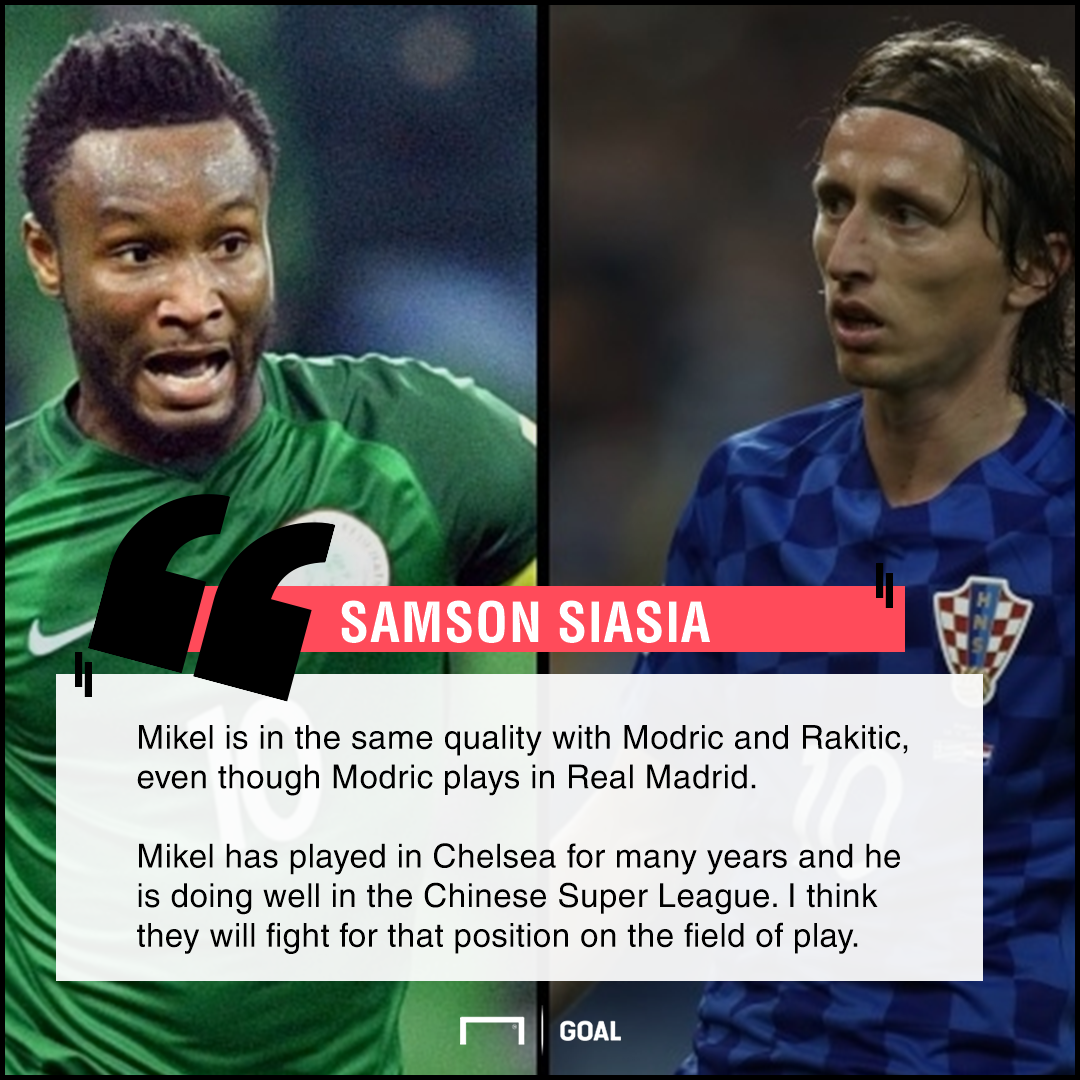 The Super Eagles face the Europeans on June 16 for their opening Group D fixture at the Kaliningrad Stadium – with the former Chelsea man expected to lead Gernot Rohr’s men.

Regardless of Modric’s impact in Real Madrid and Rakitic’s displays for Barcelona this season, the Siasia is confident that the Tianjin Teda midfielder can match rival European stars in Russia.
“Mikel is in the same quality with Modric and Rakitic, even though Modric plays in Real Madrid,” he told Goal.

“Mikel has played in Chelsea for many years and he is doing well in the Chinese Super League. I think they will fight for that position on the field of play.”
Following the Super Eagles’ unbeaten run to their sixth World Cup appearance, the 50-year-old urged Rohr’s men to prepare well and not dwell on their 4-2 victory over Argentina.

“They’ve done well but the problem is that most of our players are not playing in the big leagues and they don’t get enough playing time, the World Cup is not where to do physical activities,” he continued.
“They need to play friendly games and make sure they understand themselves. The match against Argentina should not be a yardstick though we did very well and we were all surprised.

“However, the World Cup is a different ball game. We know Argentina very well but we don’t understand Croatia and Iceland.

“It’ll be a good thing to get a win and a draw between these two teams [Croatia and Iceland] then I think Argentina will be last get a draw and we will get to the next round.”

Mikel is as good as Modric, Rakitic – Siasia was last modified: February 13th, 2018 by Damilare Salami