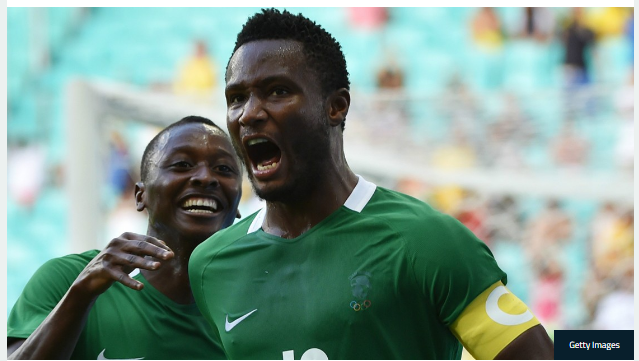 Mikel, 30, has been sidelined for 20 games in the Chinese Super League since suffering a strain in his side’s 2-0 win over Chongqing Lifan on April 2 – where he got his first league goal.

Although, Ezequiel Lavezzi’s brace condemned Tiajin Teda to their 12th defeat of the season as they remained in the relegation waters.

But, the good news is that the Nigerian was on parade from start to finish at the Tianjin Tuanbo Soccer Stadium.

And he could be handed a call-up for Nigeria’s 2018 Fifa World Cup qualifier against Cameroon in Uyo.

The Super Eagles top Group B with six points from two games – four points ahead of the Indomitable Lions who are second on the log.