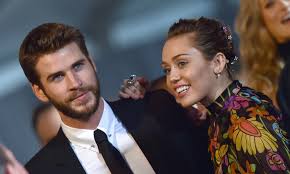 Miley Cyrus and Liam Hemsworth “are still together.” Obviously their withdrawal from the public eye prompted people to speculate about Miley and Liam’s current relationship status.

The news comes days after the Cyrus deleted all posts on her Instagram amid reports of a split. The singer’s fans were crushed after rumors surfaced that Cyrus and Hemsworth have split.

The singer even went as far as removing her profile photo and opt for a black circle instead. Hemsworth, 28, hasn’t made any changes to his Instagram account and still has pictures that include Cyrus.

Not to worry, the former co-stars were quick to put those rumors to rest, the singer and actor shared a video of themselves happily dancing together in their car.

Check out the shots of the video below to relive the emotional ups and downs of Miley and Liam’s relationship!

Miley Cyrus and Liam Hemsworth In a car dancing

Miley Cyrus and Liam Hemsworth In a car dancing

Miley and Liam have gone this road before. After meeting on the set of the 2009 film The Last Song, the two began dating and were engaged in 2012. They split the next year, took a four-year break, and got back together in 2016.

Miley Ray Cyrus born Destiny Hope Cyrus is an American singer, songwriter, and actress. After playing minor roles in the television series Doc and the film Big Fish in her childhood, she became a teen idol starring as the character Miley Stewart on the Disney Channel television series Hannah Montana in 2006.

Miley Cyrus and Liam Hemsworth are still together was last modified: July 20th, 2018 by Igbokwe John