Home News Mind Games? Mourinho is “one of the best in the world” – Chelsea Boss, Sarri
News

Mind Games? Mourinho is “one of the best in the world” – Chelsea Boss, Sarri 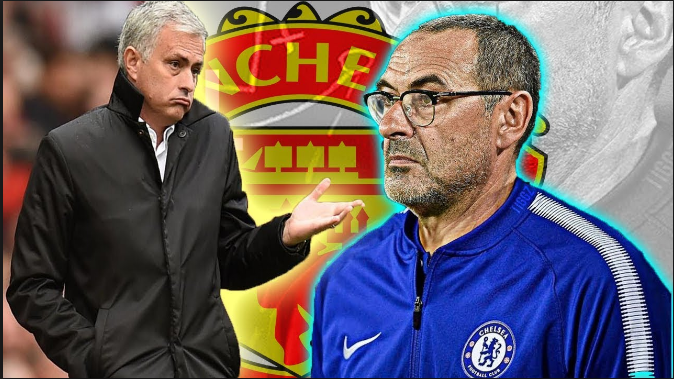 Ahead of the early Saturday clash between both EPL giant sides, Manchester United manager Jose Mourinho deserves to be respected because he is “one of the best in the world”, says Chelsea counterpart Maurizio Sarri.

United take on Mourinho’s former club at Stamford Bridge on Saturday, with the Portuguese still under pressure to turn his side’s season around after four wins from their first eight games.

Mourinho has previously said there is a “manhunt” against him.

“We are talking about a coach who has won everything,” Sarri said.

In his news conference on Friday, Sarri also spoke about forward Eden Hazard’s future at the club, as well as “disgusting” online abuse faced by Chelsea Women midfielder Karen Carney.

READ ALSO: JUVENTUS KICKED ME OUT BECAUSE OF RONALDO – HIGUAIN

Mind Games? Mourinho is “one of the best in the world” – Chelsea Boss, Sarri was last modified: October 19th, 2018 by Damilare Salami

Why I married Prophetess Noami – Ooni of Ile-Ife reveals